The Oppo Find X3 Pro is the first consumer-grade Android phone in Singapore to have the Qualcomm Snapdragon 888 mobile processor. It is first, by virtue of the delay in Xiaomi’s Mi 11 smartphones coming to our shores, and how other Snapdragon 888 powered Android phones are really taking their time to get out of the dressing room.

We have an in-depth article on SD888 (linked above), so we’ll get right to where the Find X3 Pro stands in the market. Currently, the only true competitors it has are the Samsung Galaxy S21 series handsets (review here), since the new Samsung phones also pack an equivalent chipset of their own brew.

Naturally, the Oppo Find X3 Pro would be compared against last year’s flagships, since we’d also want to know what differences there are between a flagship Qualcomm 5nm and 7nm chipset can offer in the real world. That’s not putting the previous year’s phones to shame, but rather, asking ourselves if we need to pay nosebleed prices for nosebleed performance that far exceeds regular usage. Note: The Geekbench 5 benchmark could not run on Huawei Mate 40 Pro. It’s fair to say that the Oppo Find X3 Pro’s benchmark performance is anywhere from a little to very far ahead of other Android flagships from 2020, and has 1-10% better performance ahead of Samsung’s Exynos 2100 (a 5nm flagship chipset by the Korean company used in their latest handsets). If you're the sort that sees a direct correlation between price and performance, the Oppo Find X3 Pro will certainly tingle your bits because it's S$100 cheaper at launch than its predecessor for a lot more raw power (though it comes with half the internal storage capacity).

Whether it’s making the most out of its Snapdragon 888 chipset can’t be determined until we see more phones powered by the same processor. That said, we like the numbers that the new Oppo was able to deliver. However, some of the more demanding benchmarks can really make the phone run hot enough for performance throttling to set in, so take note if you do run demanding apps for long durations.

In real-world usage, the Oppo Find X3 Pro doesn’t feel any less or more fluid than flagship phones from recent years, so it matches our expectations. The Oppo Find X3 Pro offers 65W SuperVOOC 2.0 Flash Charge fast-charging. One of the caveats of using Oppo phones is that you need to use its proprietary fast-charging technology, SuperVOOC, to see the advantages, even if it’s one of the fastest in the market. Despite the charger being provided in the packaging, we’ve tried with an official 40W fast charger from another phone brand, and it clocked 90 minutes from 0% to 100%. It, however, took only 30 minutes to go from 0% to 50%, so that indicates intelligent controls at play to help regulate and make fast-charging safer for all.

A key addition in its charging story is the 30W AirVOOC Wireless Flash Charge, which is 30W of wireless fast-charging with its compatible wireless charger (not supplied) containing its proprietary technology. Wireless charging was noticeably missing on its predecessor, which might be a deal-breaker for people who pay for the best phones out there.

Out of curiosity, we tried it with a wireless fast-charger that had generic fast-charging profiles, and it still works, although probably not at 30W. 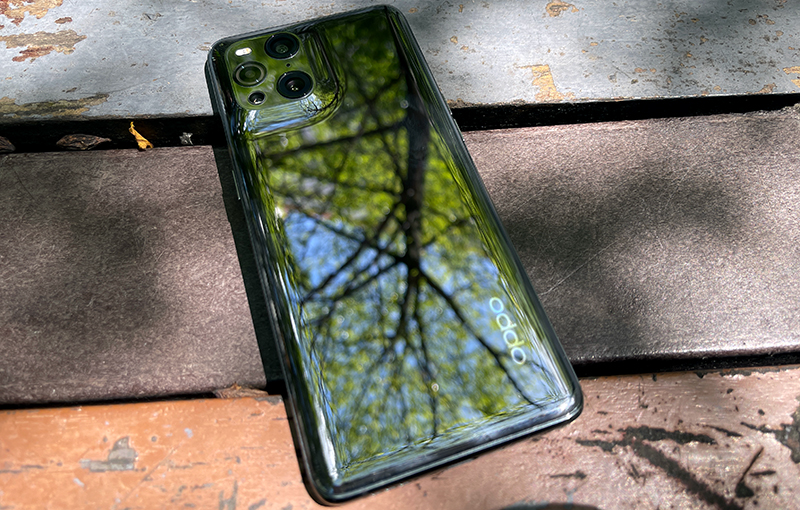 As a flagship smartphone, the Oppo Find X3 Pro checks all the boxes and does it with style. Great display, great processing power, decent battery life, with all the bells and whistles like wireless charging, waterproofing, on-display fingerprint security and NFC. Its frequently-used cameras are capable, and it comes in a beautiful finish to wrap it up nicely.

In fact, its plus points are worth commending. Sure, the insane colour management prowess may not mean very much to a regular phone user, but the colour vision test and colour adjustment features feel like a nice touch of inclusive usage. The choice of using Sony IMX766 sensors beyond one lens is a great way of showing that Oppo cares about your photography experience, while using their expertise to squeeze it into a cramped handset. It may believe it has the fastest charging protocol, but it still supports fast-charging on other generic charging profiles too.

Of course, we're not blind to its flaws. The lack of a microSD slot is a real pity, especially when the phone has half its predecessor's internal storage. The 3MP Microlens is quite questionable, but, as we said, we won't penalise it because Oppo went head-on to try something new while still taking care of the three other most important lenses that most would need for any shooting occasion.

Between its predecessor and itself, the S$1,599 Find X3 Pro sounds like a better purchase if you can live with 256GB internal storage. But, you have to remember that the older Find X2 Pro lacks wireless charging. So, it's really down to your priorities between these two models.

Against the only other official 2021 flagship handset range here - the Samsung Galaxy S21 series - the Find X3 Pro feels a threat to Samsung's dominance. That's because of the Oppo phone's feature set. It rivals that of the S$1,798 Ultra variant, while the S$1,599 price tag on the Find X3 Pro makes it look like a real contender against both the Galaxy S21 Ultra and S21+ models.

Of course, tie-breakers for the buyer would rely on brand allegiances and the perceived value they get out of the phone. After all, Samsung has a way more advanced ecosystem for its phone, and it speaks across devices and appliances. Oppo doesn't really have that going for the Find X3 Pro, which may play to its favour since it doesn't feel as overwhelming as a Samsung entire ecosystem.

To give it another analogy, if we bought the Find X3 Pro now, we'd likely never regret the purchase - and that's considering it's still early in the 2021 Android phone fight.