As highlighted in our our intro, the OnePlus 7 Pro gains a massive camera system update over last year's underwhelming camera on the OnePlus 6T. This time it has a triple rear-camera system as follows:-

It also features an updated Portrait mode for improved selfies. Overall, it's much more versatile compared to the 6T as you get a dedicated ultra-wide angle camera which brings more into the frame, as you can see from the two images below. Being able to go that bit wider certainly is useful in situations when you can’t physically move back any further. It’s good that the overall color balance and exposure doesn’t differ significantly when moving to the ultra-wide angle camera, but this does suffer the usual loss of sharpness in the corners. Notice how the quality of images differ from the center compared to the edges when shooting on the ultra-wide camera:- We’d say that images captured with the main camera in good light have good sharpness and detail. Colours are generally true-to-life too, as you can see from the mural captured below. Night shots don’t quite have the impressive expanded dynamic range of the current top Huawei and Google phones, but the camera does manage to keep noise levels down significantly. This lets you get an image that’s quite pleasing overall, if you don’t go into the details. 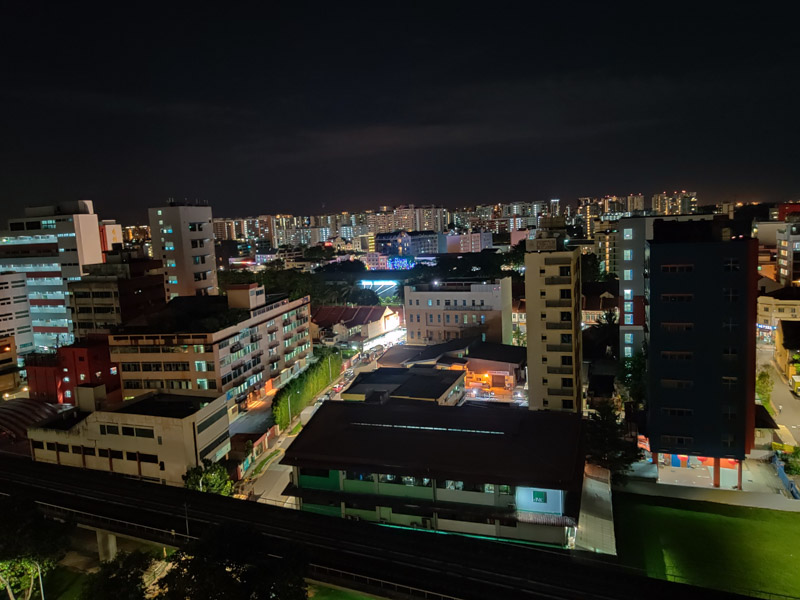 Now, let's look at the selfie camera. We tested this both indoors and out, and it seems the 7 Pro's selfie camera tries to apply a bokeh effect to images. That reduces the detail on the edges around your actual face somewhat, but if you're not too particular, the main part of the picture is resolved with good detail outdoors. Move indoors with lower light levels, and the camera still does a good job with exposure. However it's obvious that a fair bit of detail is lost to noise reduction.

Overall, we’d say the camera system is a big upgrade over the one on the 6T. It doesn’t take the P30 Pro’s crown, but it’s right up there with many of the top 2019 smartphones we’ve tested so far.