Samsung’s Galaxy Watch3 is what the Galaxy Watch2 should have been, if there was a Galaxy Watch2
Product Listing
AcerAlcatelAppleASUSBang & OlufsenBlackBerryDellElephoneGarmin-AsusGooglehonorHPHTCHuaweii-mateINQLEAGOOLenovoLGMicrosoftMotorolaMWgNokiaO+O2OnePlusOppoPalmPhicommPrimo Mobile SamsungSonySony EricssonVertuViewsonicVivoXiaomiYotaPhoneZTE 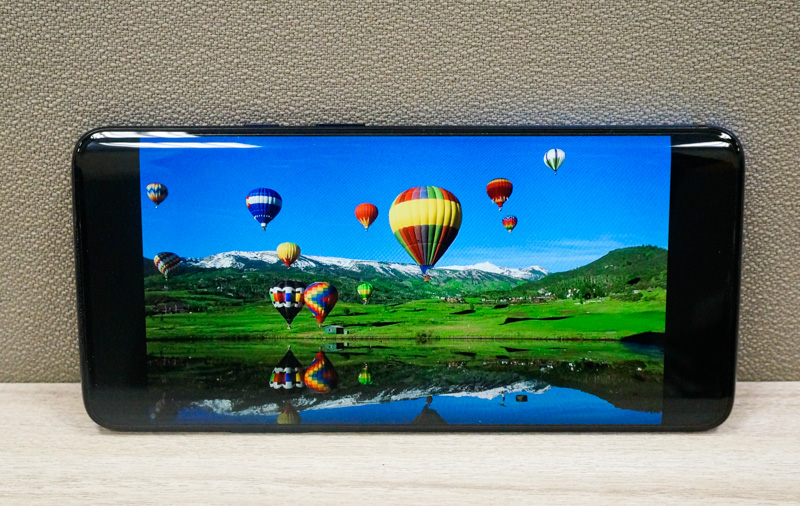 The 6.67-inch Fluid AMOLED display runs nicely over the sides and has the effect of visually slimming the phone so there’s a nice optical balance between metal and glass. Not having a camera notch means this is truly an all-screen display, and the 90Hz refresh rate meant that both games and videos ran extremely smoothly.

The screen is a very respectable QHD+ resolution (3,120 x 1,440 pixels) that comes up to 516ppi (pixels per inch), has a 19.5:9 aspect ratio and has a 100,000:1 contrast ratio. The display is also officially certified for HDR playback with Netflix, YouTube, and Amazon Prime Video thanks to its use of HDR10 and HDR10+ technology.

The 7 Pro actually offers quite a comprehensive set of screen calibration options, with AMOLED Wide Gamut, sRGB, and Display P3 profiles available under the advanced settings. With AMOLED Wide Gamut profile, in particular, we found images displayed were punchier, with greater contrast observed.  There’s just a touch too much magenta to be accurate, but in terms of details and dynamic range displayed, it was easily on par with the Huawei P30 Pro.

The display is also where you’ll be placing your finger to unlock the phone, as the 7 Pro has shifted to an in-display sensor. This is fairly sensitive, and OnePlus has upgraded their Screen Unlock technology so your phone is ready to go in 0.21 seconds.

It's also worth noting that the 7 Pro has implemented a new version of night mode - Night Mode 2.0. This automatically filters out blue light and optimizes the brightness level, so it's less tiring to be looking at the screen for long hours. 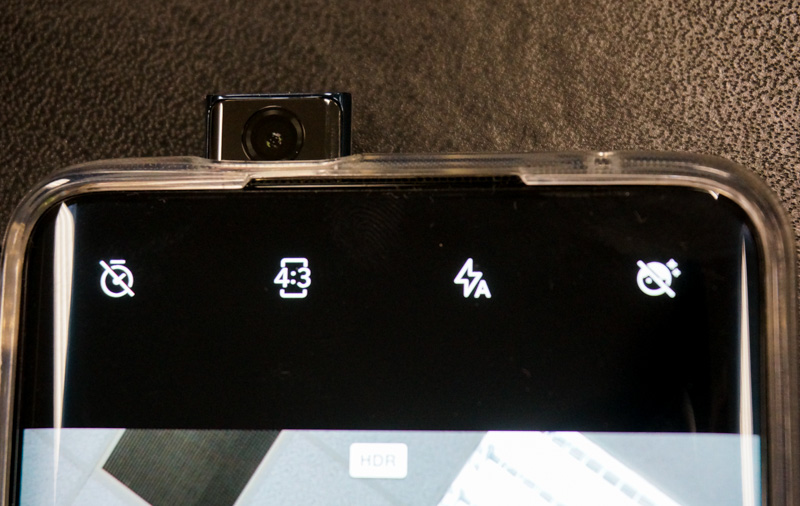 So where did the front camera go? The OnePlus 7 Pro uses a pop-up camera, which raises and retracts fairly smoothly, taking just under a second to do so, thus enabling the phone to boast of an excellent screen-to-body ratio of 93.22 per cent. 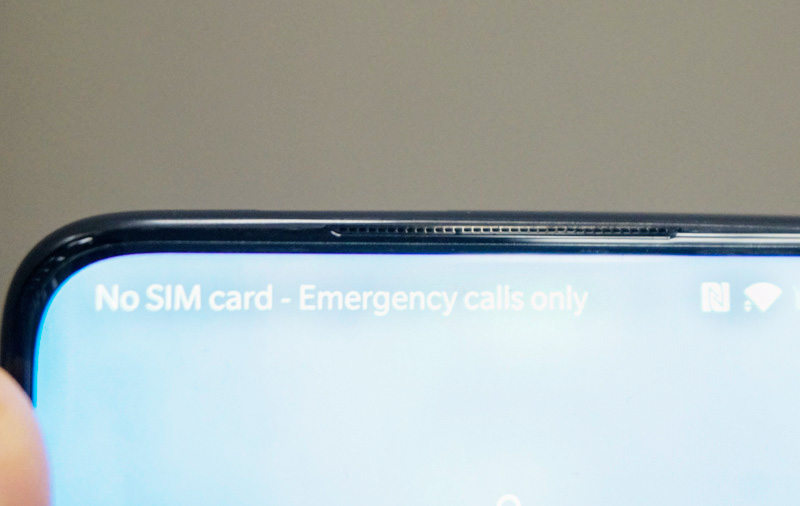 As mentioned earlier, the 7 Pro does away with the traditional 3.5 mm audio jack in favour of a USB-C connector. However, one thing that will probably irritate is the fact it doesn't come bundled with a pair of USB-C in-ear headphones nor even a converter for 3.5mm wired headsets. Instead, the phone offers support for Bluetooth 5.0, aptX, aptX HD, LDAC, AAC, so you'll have a quality audio experience wirelessly when paired with a suitable pair of wireless headphones that also support these standards.

If you want to listen out loud, the 7 Pro also has dual stereo speakers thanks to an added speaker just above the edge of the display. We're glad OnePlus is taking feedback seriously as it definitely improves entertainment matters. As a result of the upgrade, the OnePlus 7 Pro is now certified to support Dolby Atmos content, which means movies and games should sound much better than what you’d get with the 6T and its single speaker, depending on what you’re watching.

In our testing, we thought the phone's stereo speakers did well at all volumes, with little distortion and good purity in the mids. We didn’t quite get the Dolby Atmos immersion promised, but then that’s quite a tall ask from something as small as a smartphone. Good stereo sound is a better gauge, and we’re happy to say the 7 Pro delivers on this front.

As mentioned earlier, you don't get headphones of any sort thrown in with the phone, so you'll either have to get a set of USB-C headphones, use wireless ones or get a USB Type-C to 3.5mm convert to continue using your trusty wired headset. The converter really ought to have been bundled in for a thousand-dollar phone. 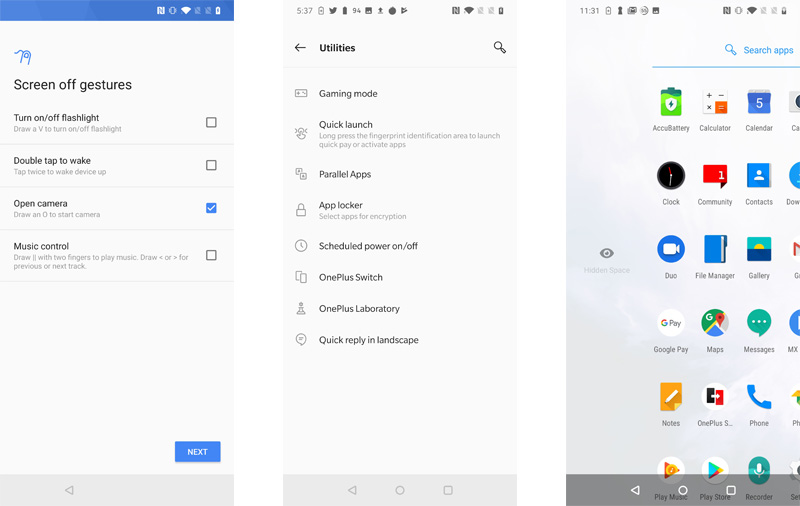 The 7 Pro runs OxygenOS over Android 9.0 Pie, and this tries to stick to the stock Android experience as much as possible. Much like what you'd find on the 6T, you'll again get Quick Launch, which gives you the option to access apps directly from the lock screen.

There's also the screen-off gestures, which you can use to directly activate the camera just by drawing a "0". That's actually quite handy because it saves you from having to tap to wake the screen, then drag up the camera icon to get to the camera interface. Many of the features are accessed by swiping from corners, just like the hidden drawer option you see above. That lets you hide apps away so you keep them private.

New, is what OnePlus calls "Zen" mode. This basically shuts you out from your phone for a full 20 minutes. No notifications will pop up, and you won't be able to use apps other than the default camera app. You will be able to take and make calls though, so you won't be completely cut off. I suppose you could call it a way to get yourself to go cold turkey in stages if you find you're hooked on to a particular app, or maybe just to have a proper conversation over dinner.