OnePlus has a tried and proven formula: flagship features without the flagship price. It’s what OnePlus has been doing since the original OnePlus One came out four years ago. But is that still enough? The S$600-S$1000 tier price category is a lot more crowded these days, and the novelty of cutthroat pricing alone isn’t enough to make OnePlus phones a must buy. To keep ahead of the competition OnePlus needs to make a phone that actually stands out as something unique and exciting, not just one that does most of what the competition can do, but at a lower price.

But is that phone the OnePlus 6? Let’s find out. 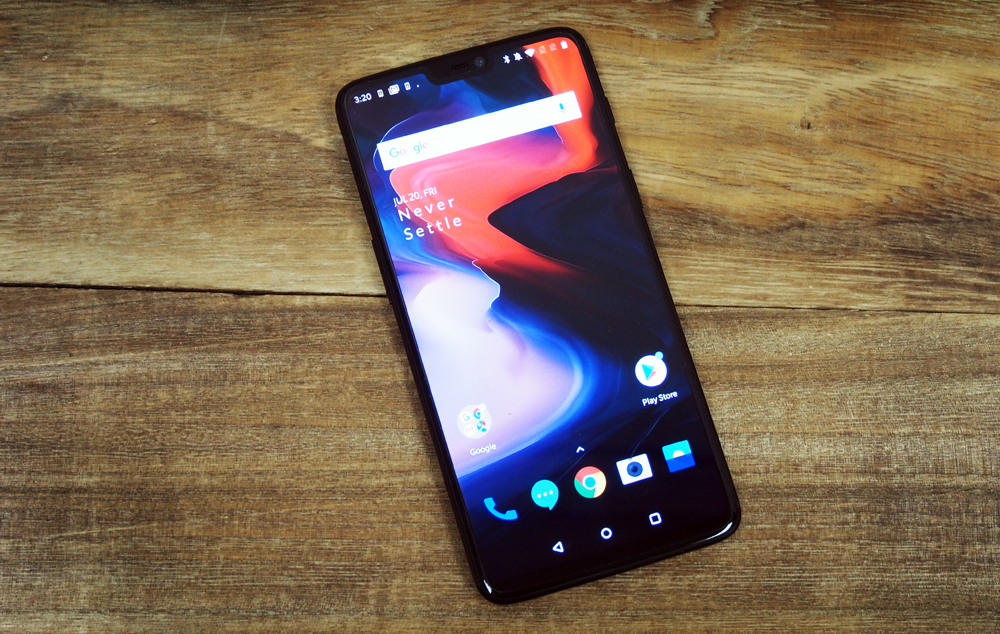 OnePlus has ditched its old unibody aluminum design and replaced it with a sleeker, more modern metal and glass build. You still have an aluminum frame on the sides for rigidity, but the entire back is curved glass that looks and feels fantastic. It looks quite similar to the Samsung Galaxy S9, but that’s honestly not a bad thing. At 155.7 x 75.4 x 7.75mm the OnePlus 6 is pretty much the same size as the 5T; it’s slightly thicker and wider, but not quite as tall, which is impressive considering the increase in screen size. However, at 177g it’s also heavier than the 5T, which weighed in at 163g. That’s still not too bad though, and puts the OnePlus 6 at around the same weight as the iPhone X (174g). This is definitely manageable.

My review model is the highly polished Mirror Black version, which looks absolutely gorgeous but is a real fingerprint magnet. If you prefer something a little more conservative, there’s also a Midnight Black matte-finish model. If you want something a bit flashier, there's also a Silk White color, which has a rose gold frame, and is apparently is made with powdered pearl dust, and if you want something a lot flashier, there's the newly released Red color. OnePlus has made some refinements to other design elements too. The dual-SIM tray and alert slider have switched sides, with the SIM tray now on the left and the slider on the right, above the power button. This placement makes a lot more sense as the slider is easier to operate with your thumb. As with previous OnePlus phones, the slider lets you easily toggle between silent mode, loud mode, and vibration-only mode. The volume rocker remains on the left side below the SIM tray. Note that the dual-SIM tray can take two 4G nano-SIM cards, but unlike many dual-SIM trays, it does not double up as a micro-SD card slot. In fact, there is no expandable storage on the OnePlus 6, so you’re stuck with whatever internal storage capacity you buy.

On the rear, OnePlus has switched to an oblong fingerprint scanner, instead of the old circular one. The oblong scanner’s larger size gives you a bit more margin of error for placing your finger as it will unlock your phone anywhere along its sensor. The dual rear camera setup has also moved from the top left corner to the middle of the phone, and it now has a vertical orientation. 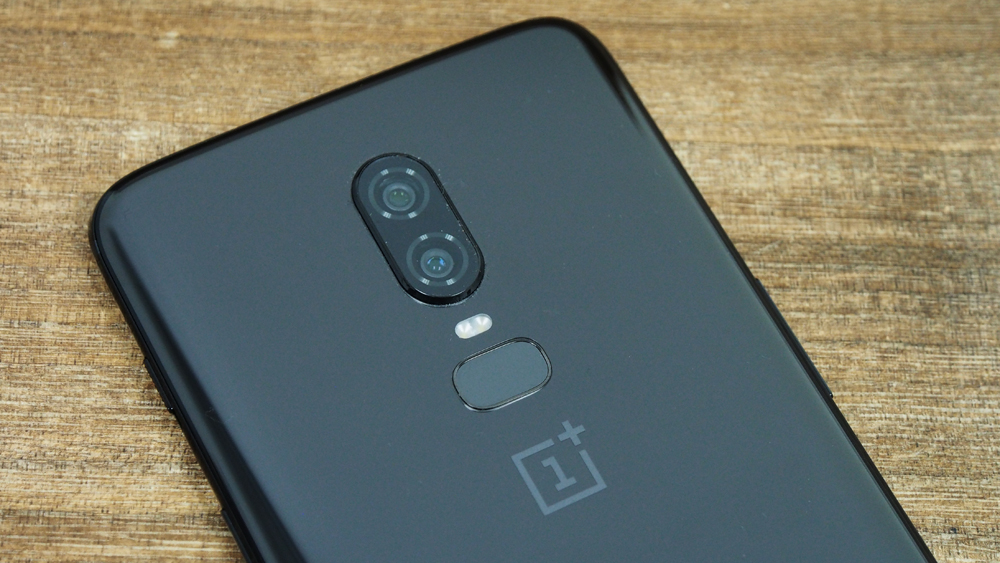 There’s also a new “Designed by OnePlus” lettering at the bottom of the rear. I’m not a big fan of this, and whenever I see similar lettering, I just think the company is trying to imitate Apple (who actually removed its own “Designed by Apple in California” text for the iPhone X). When the first OnePlus phone was released, OnePlus co-founder Carl Pei, stated that he wanted to keep the phone simple, by not adding branding or logos to the front, or lettering on the back, so I was a little disappointed with this new addition. One slightly confusing aspect of the OnePlus 6 is that it doesn’t have an official IP rating. According to OnePlus, the phone is equipped with “weather protection and can guard against rain” but they also warn that you shouldn’t “take it out for a swim”, which would make it roughly equivalent to IP4 or IP5. An iFixit teardown actually revealed that the phone’s innards are fairly well water protected with a number of sealing gaskets that should technically let it survive submersion in water, but even so, you probably shouldn’t risk it.

On the bottom of the phone, you’ll find a 3.5mm headphone jack, which is always a pleasant addition, alongside a USB-C port, and a single downward firing speaker. Write a Review
Compare This | Specifications
Gorgeous new glass and metal design
Great performance
Good battery life
Clean UI
Dual camera not useful
No unique or exciting features
Price is slowly creeping up
No expandable storage
Our articles may contain affiliate links. If you buy through these links, we may earn a small commission.
Sponsored Links