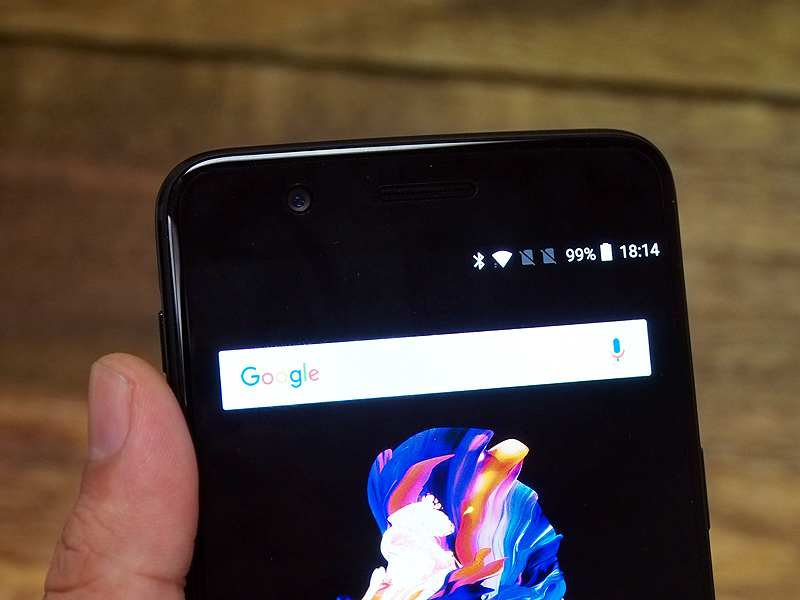 If you’re picking up a brand new OnePlus 5, it should come with OxygenOS 4.5 pre-installed. That is OnePlus' very own UI for Android 7.1 OS (Nougat), with a few additional features and proprietary visuals. OnePlus has since fixed the emergency number glitch, and OxygenOS 4.5.8 (latest patch at the time of writing) fixes game-stuttering issues. OxygenOS updates approximately twice a month outside of its initial teething stage, and the painless OTA (over-the-air) update method makes it as simple as updating stock Android (and some other OEM reskins). It also features some conveniences, like displaying its battery percentage (something that requires developer’s access if you’re on stock Android). You can see how OnePlus refined its interface when you compare the latest device to our past OnePlus reviews (2, 3, 3T). For instance, the older devices stuck to stock Android’s menus for some essential apps (like Settings and the drop-down Notification), which resulted in a slight design mismatch with the rest of the phone. This was corrected on the OnePlus 5, despite not being a necessary tweak. The phone now has a congruent design language from start to end, and it feels more like a flagship device than ever before without deviating from its original, minimalistic appearance. That’s not to say OxygenOS is perfect since it’s still easy to spot inconsistencies. Their time and date placement is one such example, and their Dark theme has blindingly white Notifications. (Side note: if you like having a longer battery life, the Dark theme found under Display settings can help, since OLED panels like the OnePlus 5’s AMOLED display switches off pixels that are supposed to display pure black). OxygenOS 4.5 has a built-in Reading Mode. It dials down the blue light glare on your display while converting all text and image to greyscale, giving it a sepia tone effect. You can set it such that Reading Mode will always trigger in an app of your choosing, or by toggling the option within the same Settings page (it’s under Display).

Stock Android OS doesn’t have this feature available by default, and brands like Samsung have their own implementation on their OS. It loses out to iOS in ease of use, since iOS allows you to toggle it on/off within the Safari web-browsing app. However, OnePlus’s whitelist approach makes it ideal for exclusive Reading Mode settings in selective apps of your choosing (like e-book apps or e-mail apps, etc.).

Take note: Reading Mode is not the same as Night Mode (also under Display), which only turns down the blue light glare from your screen. Night Mode on the OnePlus 5 lets you configure a custom time range, or to have it trigger automatically at sunrise and sunset. OnePlus 5 comes with UFS 2.1 internal storage – to the layperson, that’s the latest storage technology you can find on a smartphone in this day and age, with devices like Samsung Galaxy S8, HTC U11, and some Huawei P10 phones using the same storage tech too.

The 2-lane configuration refers to the lanes used when reading from or writing to OnePlus 5’s internal memory. Instead of the old single lane setup for reading and writing data, there are now two paths for reading and writing. OnePlus said that this offers 26% faster performance when compared to its predecessor.

Storage speed directly affects app launch times and responsiveness, and with a brand new OnePlus 5, this is most evident when you’re installing apps and starting them. It certainly does feel faster than what we are accustomed to, but it’s not immediately noticeable if you aren’t looking out for it.

OnePlus 5 can take up to two nano-SIM cards in its card tray (dual standby configuration), but no support for expandable storage (like before), which is a quite a shame. While they aren’t the first to exclude microSD card support, having it could be critical in convincing Android users from other makes to their device. It’s seemingly small features like these that your average phone user would be concerned about – not the chipset’s horsepower, or the cutting-edge storage technology, or the broad handset customization offered by Android and OxygenOS. They are all welcomed of course, but storage is a basic necessity from how much media you can store to how many apps you can install on your device.