A point-and-shoot camera is a handy companion to have on your travels; it’s easy to use and can be slipped into a pocket if you like to travel light. But what happens if you decide to travel off the beaten track? A conventional compact without any form of protection just won’t survive the elements.

Enter the Olympus TG-2. A successor to last year’s TG-1, the Olympus TG or Tough series is aimed squarely at those who need to have a rugged camera that can take a beating. While rugged compacts aren’t exactly new, what separated the TG-1 from the rest of its competitors was the fact that it featured a fast f/2.0 lens that was uncommon for a compact camera, let alone a rugged model.

Not much has changed with the TG-2 this time around; the TG-2 sports the same TruePic VI processor and 12-megapixel BSI CMOS sensor. But Olympus has added something which was sorely missing from the TG-2’s predecessor, Aperture Priority Mode. But does this new addition make the TG-2 the best rugged compact camera so far? 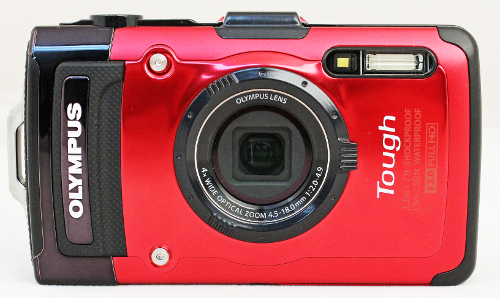 The TG-2 sports the same build and handling as the TG-1, so if you have handled the TG-1, then the TG-2 will feel exactly the same. But for those who have yet to handle the TG-1, read on.

Being a rugged camera, the TG-2 is larger than your average compact. Unfortunately despite its slightly larger size, things look a bit crowded on the rear of the TG-2. The 620k-dot OLED display takes up most of the real estate on the rear of the camera. A bunch of controls squeezed are on the right side of the 3-inch OLED screen; you have the video record button, 4-way D-pad, menu button and playback button. In conventional point and shoot cameras, the mode dial and zoom lever are located at the top, but the TG-2 also squeezes these controls at the rear of the camera. This is quite possibly due to the tough sealed casing design that makes it more challenging to design a functional camera.

So if you happen to have large hands or are wearing a pair of gloves, the small buttons and crowded rear panel of the camera will prove to be a challenge when handling the camera. With that being said, we are still glad that the TG-2 comes with a mode dial seeing that almost all the other rugged models don’t sport one. The mode dial definitely makes the shooting process smoother as you do not need to access the menu system in order to switch modes. 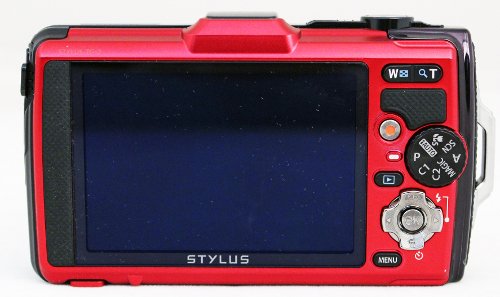 Looking at the TG-2’s mode dial will reveal something that the TG-1 lacked: Aperture Priority Mode. This mode was a glaring omission in the TG-1, and we felt it really didn’t make sense for the TG-1 to come with a fast F2.0 lens but with no Aperture mode to take advantage of it. Luckily the TG-2 fixes that and you can now set the aperture to F2.0 when the need arises, though the camera only allows a maximum wide aperture of F4.9 at the longest end of the lens (fully zoomed in). 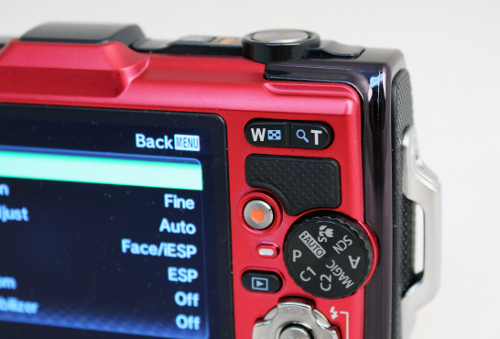 The presence of a physical mode dial makes navigation much easier. The ability to get a list of commonly-used settings onscreen with a push of a button also ensured that we rarely needed to access the menu system unless we absolutely had to. The TG-2’s battery life is rated at 350 shots, though you might have to drop that figure when you turn on GPS. Speaking of GPS, the camera’s GPS receiver will continue tracking your location even if you power down the camera, so you will have to turn it off in the settings sub-menu. To extend the usability of the TG-2, the camera also supports a fisheye converter lens and a tele converter lens through the use of a converter adapter ring, so you can shoot closer to your subject or go especially wide in your shots. 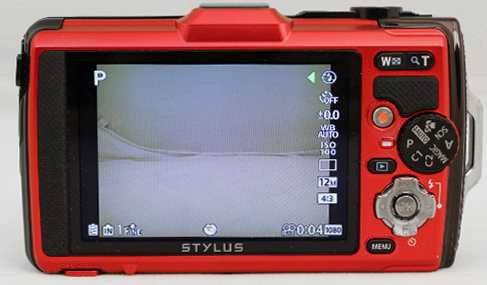 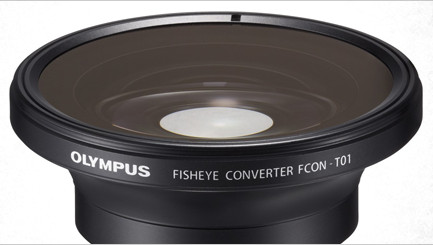