*Note - We've actually published a detailed preview of the Olympus Pen E-P5 earlier this year in May. For those who've read our article previously, you can jump direct to our Imaging Performance and Conclusion page to find out how it fares. If you’re wondering why so many cameras are looking retro these days, you have Olympus to thank. Four years ago, the retro-inspired Pen E-P1 launched to rave demand, and four years later we have the Pen E-P5, still strongly rocking the retro-look and looking drop-dead gorgeous.

The E-P5 represents such a significant upgrade over the two-year old E-P3 that it’s better to think of it as a reboot rather than an update. The E-P5 is a Pen with the internals of Olympus’ previous flagship camera, OM-D E-M5, and even though the E-M1 has taken over the flagship mantle, the E-M5 was such a leap ahead when it was released a year ago that the camera still remains relevant today. The E-P5 carries the same high-quality 16MP sensor and the leading-class 5-axis built-in image stabilization. It increases shooting speed up to 9fps, a top shutter speed of 1/8000 sec to use with fast lenses in good light and tilting rear touch-screen.

The E-P5 may not have the E-M5’s weather-sealing or built-in electronic viewfinder (EVF), but it adds features of its own; including built-in Wi-Fi and focus peaking. While the rear LCD isn’t OLED like the E-M5, it has a higher resolution of 1.04 million dots compared to 610k dots. Flash sync speed is higher at 1/320 sec compared to the E-M5’s 1/250, and even battery life is rated higher, the E-P5 can shoot up to 400 shots per charge compared to the E-M5’s 360 shots.

The E-P5 is more full-frame DSLR-like in its handling than the E-P3, with two control dials instead of one. With the innovative 2 x 2 dual-mode switch, the two control dials can map to four controls instead of just two. All these powerful new specs aren’t without costs. The E-P5 is nearly S$100 more expensive than the E-P3 at launch, and that’s just the body price alone without lens. The E-P5 also gains a bit of weight, at 420g with battery and memory card inside, it’s heavier than the 369g E-P3 and just 5g shy of the E-M5.

To sum up all these differences, here's a quick video preview we did much earlier in the year and a specs comparison table right after the break:- The Pen E-P series has been a line of good-lookers, and the E-P5 is no exception - the E-P5 is easily one of the most charismatic mirrorless system cameras on the market today, and one of the most beautiful digital cameras in recent memory. Like its namesake the Pen F, the Pen E-P5 feels like something you want to keep for a long, long time.

The camera feels solid and dense, it’s actually about 50g heavier than the E-P3 was, but the back and front grip give you a good grip on the body so it doesn’t feel unwieldy. The E-P5 is more functional than the E-P3. It has twin control dials at the front and back, making it as easy to dictate manual controls as with the best DSLR cameras. We think it’s about time that the back control dial at least got a redesign as we never liked the thin slab-like dials on the previous E-Ps, and these round ones work better. However, we mourn the loss of the back scroll-wheel, which has been removed. 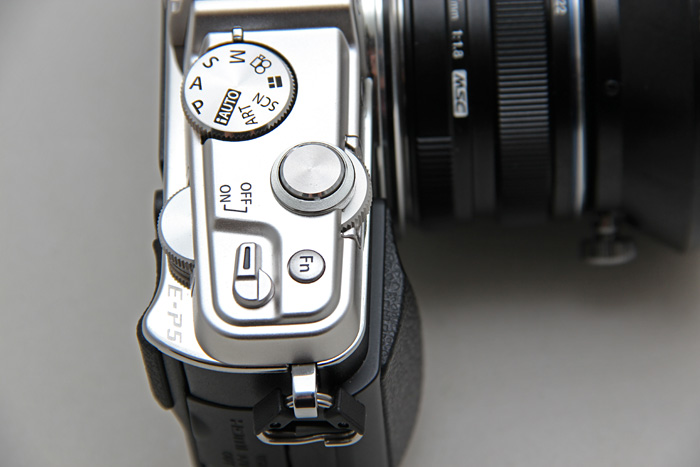 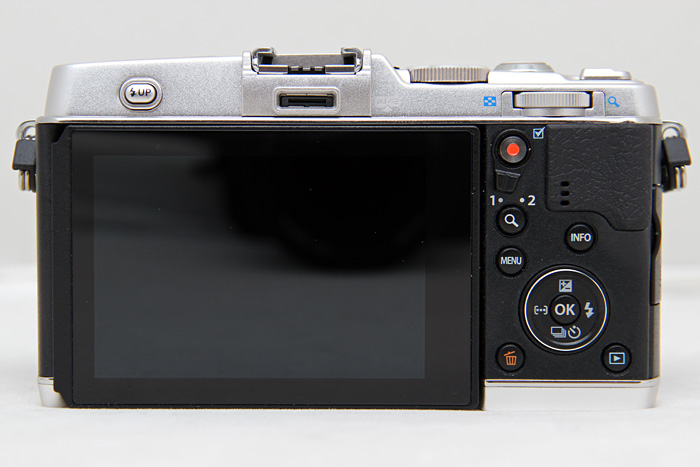 There’s a clever switch on the back which enables what Olympus calls the 2 x 2 control dial interface. On ‘1’ the twin control dials manage one set of controls, and turning it to ‘2’ make the dials control other things. There are only 4 preset modes however, so you can’t customize the two sets too much. But we found it a quick way to enable ISO and white balance control without having to go into the quick menu and it’s a smart way to make the twin dials do double-duty.

One reason why the E-P5 is heavier is probably due to the inclusion of Olympus’ leading-class 5-axis in-body optical image stabilization, which was introduced in the OM-D E-M5. The technology is solid; you can spot when the OIS actually kicks in on the preview screen and see the image stabilize.

Now, DP Review has found a possible issue with the E-P5’s image stabilization system, where the camera may produce images with double images at shutter speeds between 1/80 and 1/250 sec, especially when using short telephoto lenses. It seems to be caused by ‘shutter shock’, the shake caused by pressing down on the shutter release, and the image stabilisationS not being able to counteract it.

However, there are also numerous comments where E-P5 owners have tried to replicate the effect and failed. On our part, we shot mostly with the 17.5mm f/1.8 kit lens and so didn’t fall into the problem area.

Built-in Wi-Fi finally comes to Olympus’ Micro Four Thirds cameras, which is about time. Pairing with a smart device is easy, thanks to Olympus’ rather ingenious method. The E-P5 will display a QR code, which you scan using the Olympus app, and then - viola - your smart device is paired.

While the pairing method is clever, the app itself could use some work; you can’t transfer images over in batches for instance, you can only do so one by one, which is a hassle. Being able to transfer your images just moments after you shoot them is a revelation, we were sharing higher quality images to Facebook than we could have gotten out of our smartphone camera. 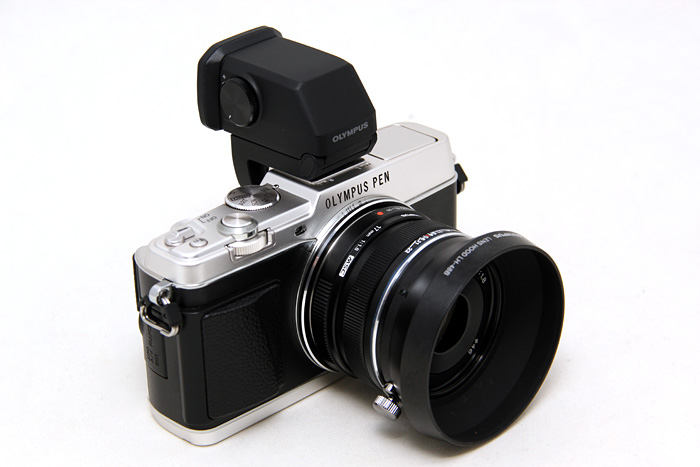 Unlike the Panasonic GX7 or the Sony NEX-6, the E-P5 doesn’t come with a built-in live viewfinder. But there’s a 17mm lens kit which comes with the VF4 LVF attachment. The VF4 adds quite a bit of extra height to the E-P5, but it’s probably the best LVF in the market today. The screen is big and luxurious with hardly any lag in the display.

While the E-P5’s physicality has improved significantly from the E-P3, its digital user interface (UI) has stagnated. We still appreciate how easy it is to switch between multi-area AF and single-spot AF by using the d-pad, and we also like the quick menu overlay which you get by pressing the OK button. But the Menu is not as user friendly as Panasonic’s MFT cameras, and it’s not easy to navigate around to get to the settings you want. The touch controls, while innovative once, seem counter-intuitive now. Yes, touch to focus is great, but once you’re in that mode, you can’t get out of it easily, you have to cycle through the two other touch options to completely get out of touch AF mode. The Wi-Fi touch target doesn’t respond all the time, and you can’t use touch to navigate through any menus, which seems like a waste of the touch-screen altogether.

And those awkwardly placed strap lugs, which get in the way of your shooting finger every time you want to press the shutter or rotate the front control dial, make a comeback once again. It's a disappointing misstep at the end of a series of great steps forward, and it's hard to imagine why the designers at Olympus missed this one, especially since the rest of the camera seems so well thought-out and cared over.