Updated (23/3/12): We've updated our early preview of the Olympus OM-D E-M5 with full test results for this complete review. Enjoy! 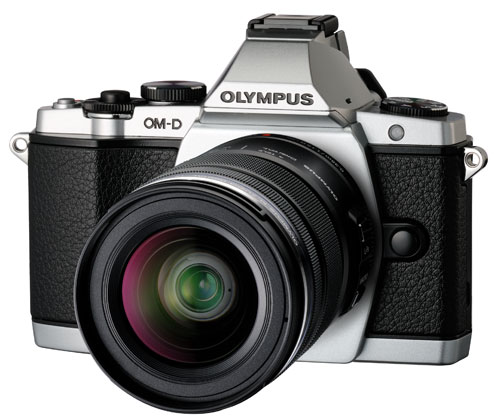 Olympus has been bringing retro back since the first PEN E-P1 first launched in 2009. It's proven so popular that other companies have sat up and taken note - check out Fujifilm's major push into retro designs with the X100, X10 and X-Pro1 cameras.

Still, if there's one thing that Olympus' Micro Four Thirds (MFT) PEN cameras have lacked, it's a built-in electronic viewfinder (EVF). Until today. Check out the new Olympus OM-D E-M5 Micro Four Thirds digital camera, one which not only has a built-in EVF but is also the world's first dust & splash-proof mirrorless system camera, sporting a 5-axis image stabilization system and a brand new 16-megapixel sensor. And it not only brings retro back but dials it up to 11 - the E-M5 is unbelievably beautiful.

To be clear, the camera's name is the E-M5, and it is the first in Olympus' new range of OM-D MFT cameras. The OM-D moniker is a reference to the classic OM series of film cameras which Olympus made from the '70s to the '90s (the new 'D' stands for 'Digital'). Among vintage camera lovers, the Olympus OM series is a classic, the cameras were such fine performers that used models are still sought after today. The last professional OM, the OM-4T (also known as the OM-4Ti), was discontinued in 2002. Time, it seemed, had left the OM series behind; but now, ten years later, Olympus has revived the OM lineage.

Although the PEN and OM-D series are both Micro Four Thirds cameras, Olympus wants to separate the two lines. The OM-D line is designed for the more-serious-than-PEN owners looking for a pro-like MFT camera with a built-in EVF, tough body and high image quality. The OM-D cameras is also designed for those who are willing to pay a little bit more for better quality. The E-M5 will be going for S$1,488 (body only), S$1,888 with 12-50mm lens kit and S$1,988 for the 14-42mm II R Lens & 40-150mm R double lens kit. 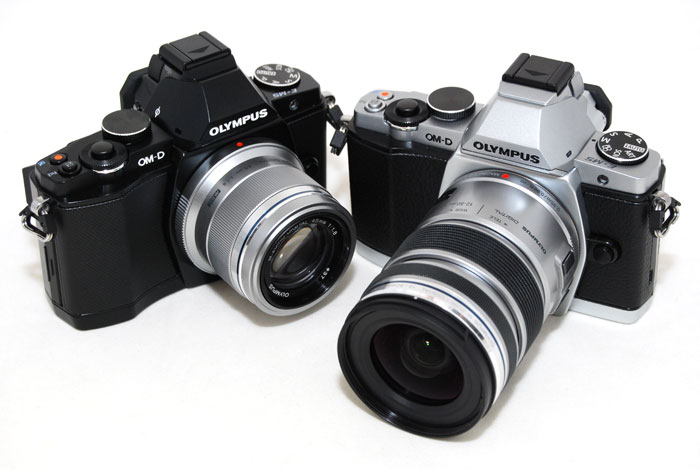