On paper the Olympus OM-D E-M10 is an entry-level camera, but either Olympus has a different way of thinking about ‘entry-level’ or this is the best entry-level camera I’ve seen yet. In some ways, it’s even better than the higher-end (and more expensive) OM-D E-M5 and Pen E-P5 cameras from Olympus.

The E-M10 uses the latest TruePic VII image engine, which made its debut on the flagship E-M1. It has a built-in viewfinder, while the E-P5 doesn’t. The E-M10’s screen is nicer than the E-M5’s at 1.04 million dots compared to the E-M5’s 614k dots.

Continuing in Olympus’ retro tradition, the E-M10 is a beautiful camera (and looks just like a slightly smaller E-M5). Surprisingly, its controls work better than the E-M5, because they’re more spaced out and feel less cramped. The front and rear grip help you get a comfortable hold on the camera, and the right strap lug finally doesn’t get in your way…too much. 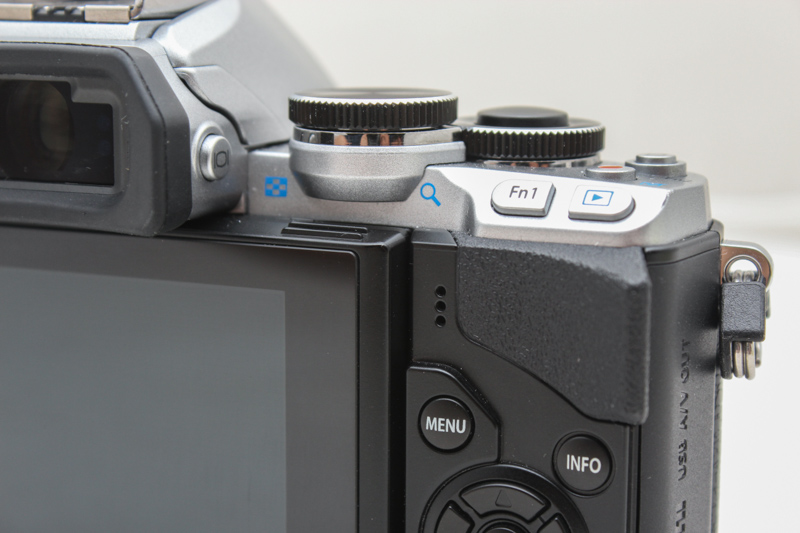 I like how Olympus has not dumbed down on the level of control for this entry-level camera. The twin control dials offer the same quick access to exposure controls like a high-end DSLR, and there are a total of three customizable buttons, including the video Record button. You can also customize the down and right arrows, but we like how they control AF points by default. 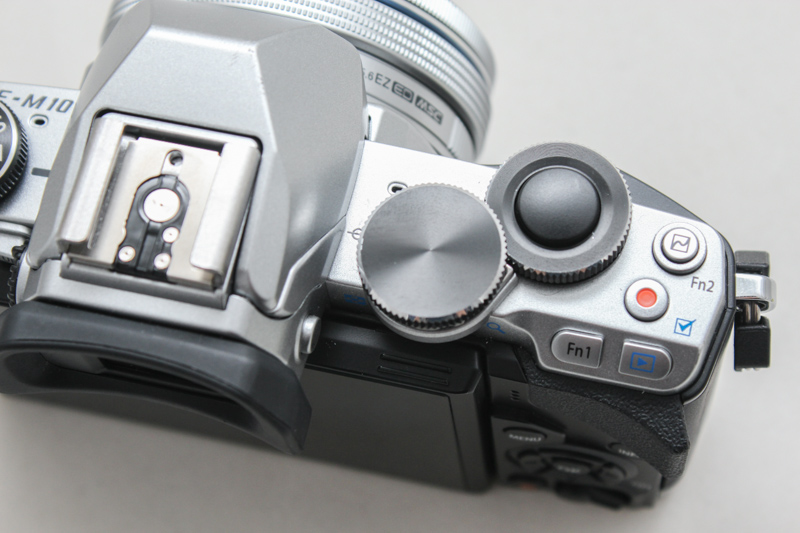 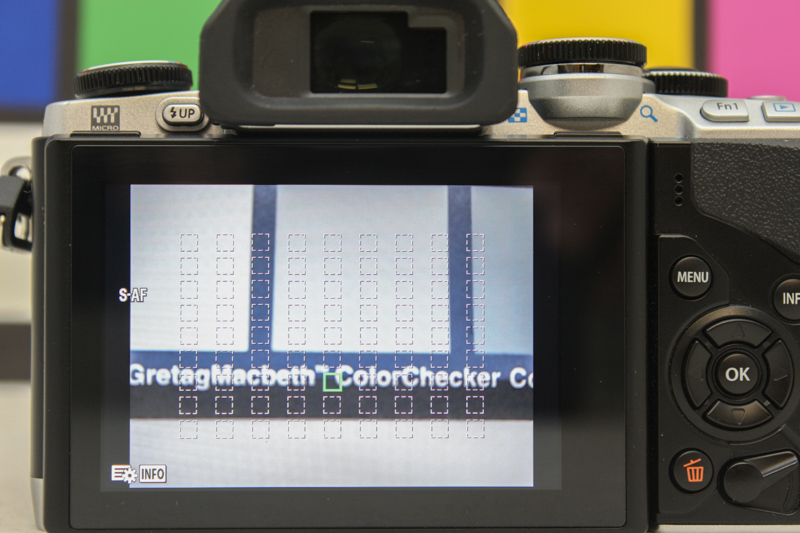 While the E-M10 doesn’t come with the 2 x 2 interface which comes with the E-M1, you can customize one of the Fn buttons to switch the twin dials control around to ISO and WB. It offers both a Live Control menu and Live Super Control Panel overlay for quick access to controls like ISO, all you need to get to it is to press the OK button and then Info to cycle between either of them.

Happily, the Live Super Control Panel now responds to touch. It’s still lagging behind cameras like Panasonic’s, which let you touch most menus, but it’s a step forward. You can also now easily get out of tap to focus, unlike on the E-P5 which forced you to rotate through other options just to stop focusing on a particular spot you’ve tapped on. 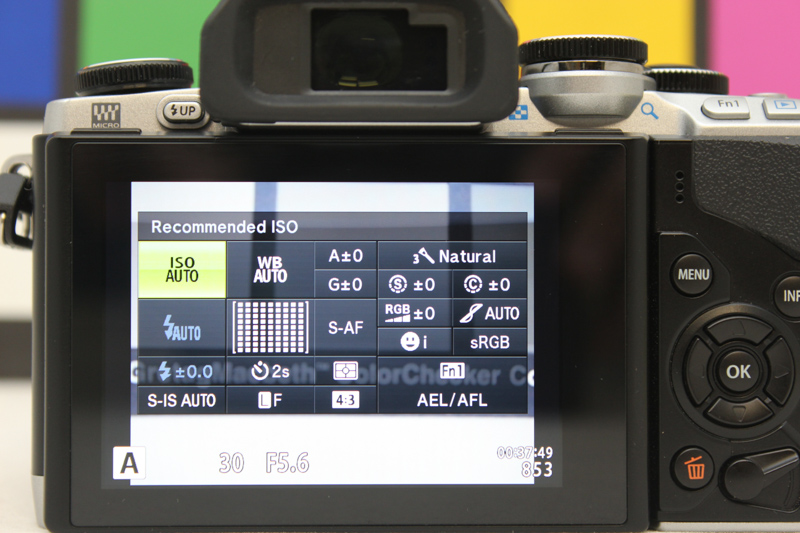 The rear LCD and electronic viewfinder are surprisingly responsive for an entry-level camera. The picture quality is excellent, and better than what we would have expected which is a relief, because a low fidelity screen and EVF would have easily broke the E-M10’s value proposition. 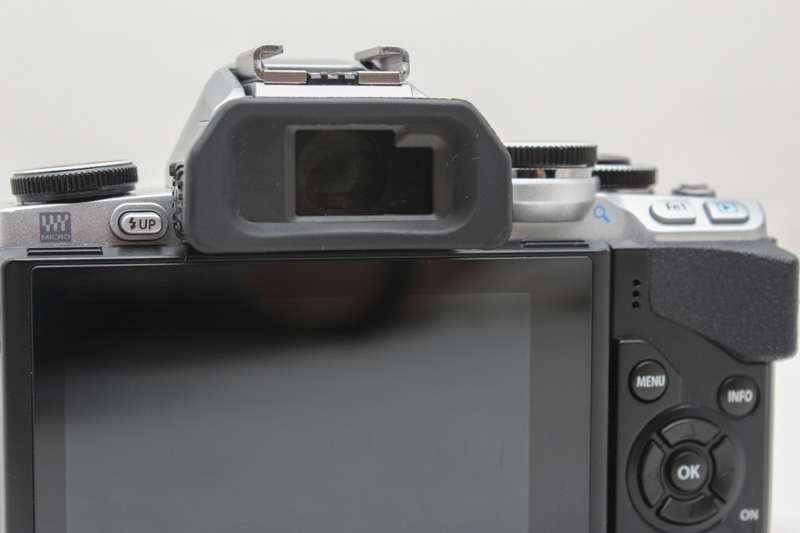 We’re also surprised that the E-M10 packs a built-in flash while the E-M5 couldn’t find a way to squeeze it in. Even if you don’t use onboard flash, it can be a handy option to have in-camera. Another great option to have is built-in Wi-Fi, which – shockingly – is still not a de factor standard with new DSLR cameras today. In 2014. 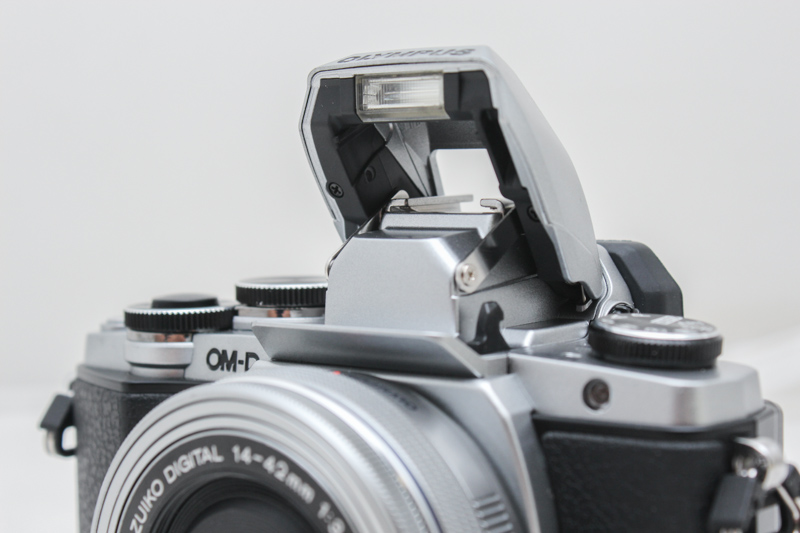 There is little I don’t like about the E-M10, but high up on the list is the new 14-42mm electronic zoom kit lens. While it collapses into itself nicely to make a compact stowaway package, the zoom ring just works too slowly for my taste, and I don’t like not being to look at a focal range indicator to see where the lens is at any moment. 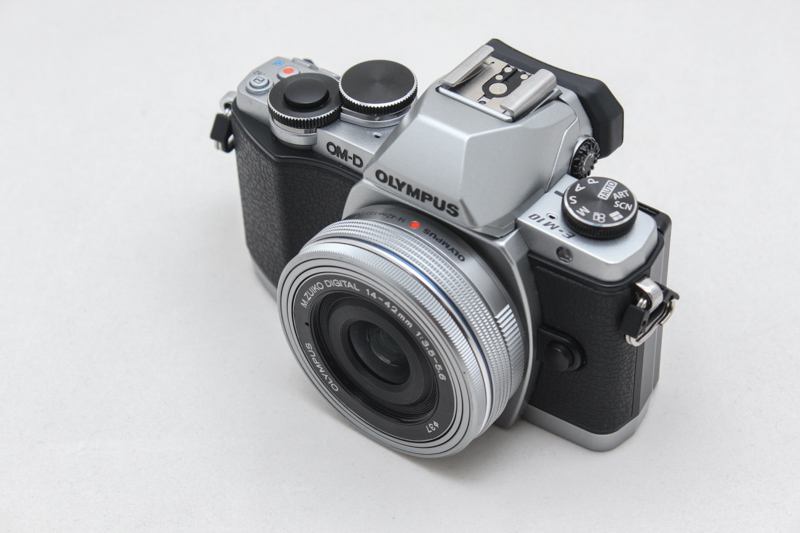 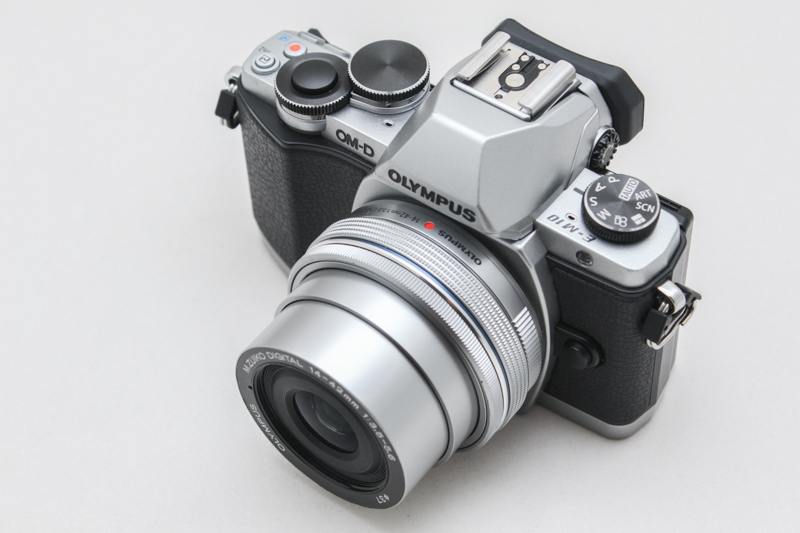 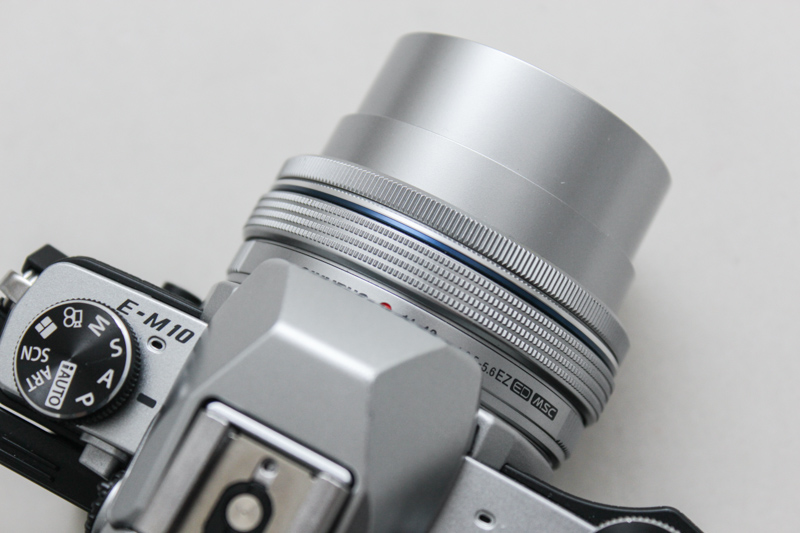 I didn’t find it a deal breaker, but I’d be amiss if I didn’t add this one last thing: The Power switch is in the same awkward position it was on the E-M5. While you do get used to it, the out-of-reach placement ensures that you’ll never quickly power on and shoot the way you can on a Nikon DSLR, for example, which have their power switches built around the shutter release. 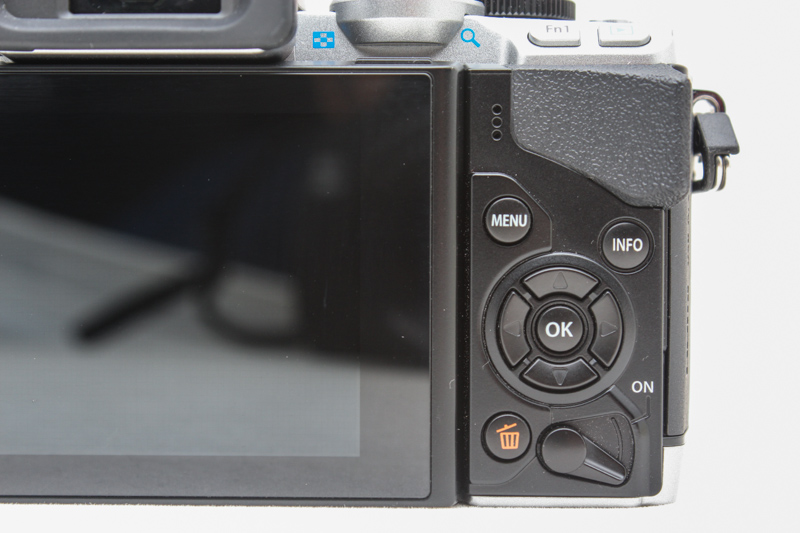