Note: This article was first published on 4th August 2016.

The OCZ story so far

OCZ has always been known for its fast, high-end SSDs targeted at gamers, power users, and enthusiasts. However, the past couple of years have been rough on the company. While the likes of Samsung and Intel have already dropped high-speed PCIe-based SSDs supporting the latest NVMe protocol and ultra-wide PCIe 3.0 x4 interface, OCZ’s only viable competitor in the high-end consumer space has been the aging Vector 180 SSD, a SATA-based SSD that simply could not keep up with Samsung’s and Intel’s latest. Fortunately, things are picking up. 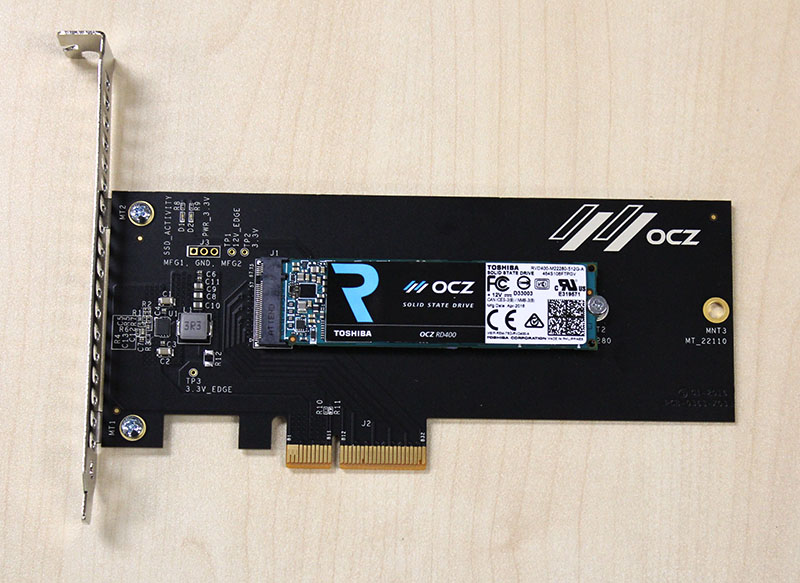 The acquisition of OCZ by Toshiba in 2014 means that OCZ is now backed by one of the giants of flash memory. This means more money for R&D and marketing, and perhaps more importantly, access to the very best NAND flash memory available. In fact, Toshiba’s NAND memory is so popular these days that just about any major SSD brand, minus Samsung and Intel for obvious reasons, is using Toshiba memory.

So it is with high hopes that we approach OCZ’s latest high-end consumer SSD, the RD400 - OCZ’s first PCIe-based SSD to support PCIe 3.0 and also the new NVMe protocol.

The RD400 is OCZ’s SSD for gamers and enthusiasts and it features suitably high specifications. The key thing to know is that it supports the fast PCIe 3.0 x4 interface. This allows for data transfer rates of up to 32Gbps or 4GB/s.

In addition, the RD400 also supports the new NVMe protocol (Non-Volatile Memory Express). The NVMe protocol was developed expressly for PCIe-based SSDs, and supersedes the old AHCI protocol (which is more adept for HDDs using the SATA interface), with the goal to improve storage performance. In a nutshell, NVMe allows for more commands per queue and also more queues, to take advantage of the extremely low latency of flash-based storage. 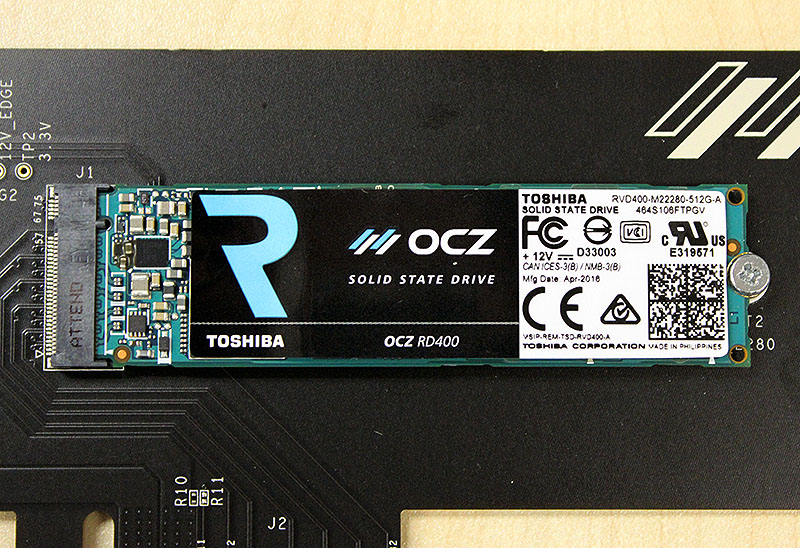 Little is known about the controller is used in the RD400 other than it’s a Toshiba-branded one with the reference “TC58NCP070GSB". However, the NAND comes from, you guessed it, Toshiba. Specifically, it’s Toshiba’s newer 15nm 128Gbit MLC NAND.

Power draw is also in line with expectations from a modern consumer SSD. Under load, the RD400 will only draw a maximum of 6W of power (6.4W for the 1TB model and if you use the M.2 to PCIe adapter). And at its minimum, the RD400's power draw is just 6mW. 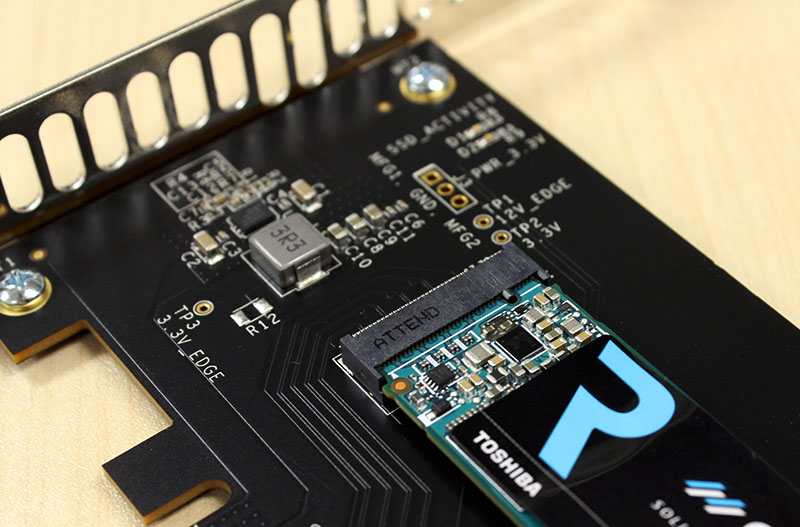 The RD400 will be offered in two packages: as a M.2 drive or with a PCIe 3.0 x4 to M.2 adapter. We have the latter package. If you have a suitable M.2 slot that supports PCIe 3.0 x4 on your motherboard, you could easily remove the RD400 from its PCIe adapter and install directly into your M.2 slot. Otherwise, simply install the RD400 with it s adaptor into any suitable PCIe slot on your motherboard and it will work too.

The RD400 comes in the pretty typical M.2 2280 form factor, so it should fit most motherboards and notebooks with M.2 slots with little issues - the only thing to make sure of is that your M.2 supports PCIe 3.0 x4 to maximize the performance potential of the RD400. Earlier motherboards with M.2 slots are typically only limited to PCIe 2.0 x2 ithroughput or worst, use SATA interface (in which case the SSD is not compatible). 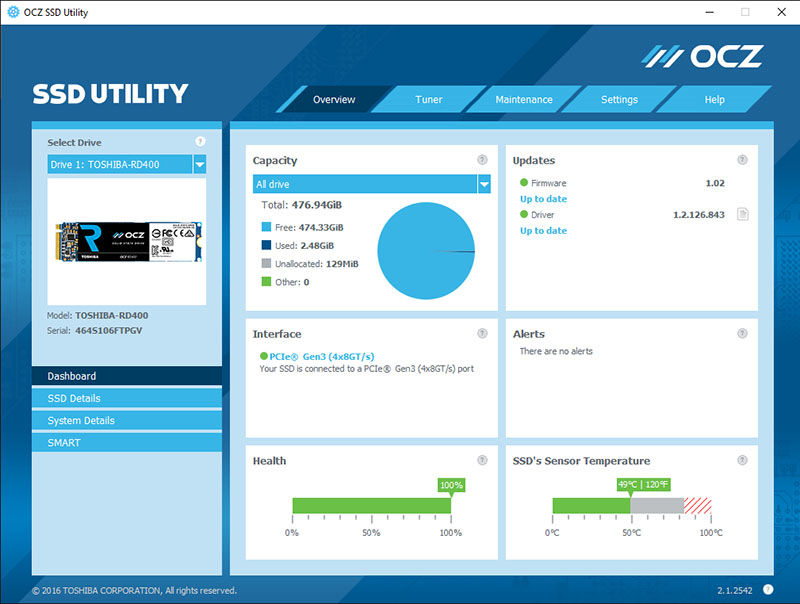 Like any other modern SSD, the OCZ RD400 comes with a management utility called, rather unimaginatively, OCZ SSD Utility. It’s a simple, handy to use utility that lets users monitor their drive’s status, update its firmware, format, run TRIM operations on the drive, and more.