Now for the fun part – performance! Here's a quick look at our test rig's specifications:

Naturally, we’ll be stacking the RTX 3080 Founders Edition Ti against the rest of the RTX 30-Series Founders Edition cards. This includes the RTX 3060 Ti, RTX 3070, RTX 3080 and of course the RTX 3090. The following synthetic benchmarks and games were run, with the games chosen from a wide range of genres to give a better indication of performance across different segments: 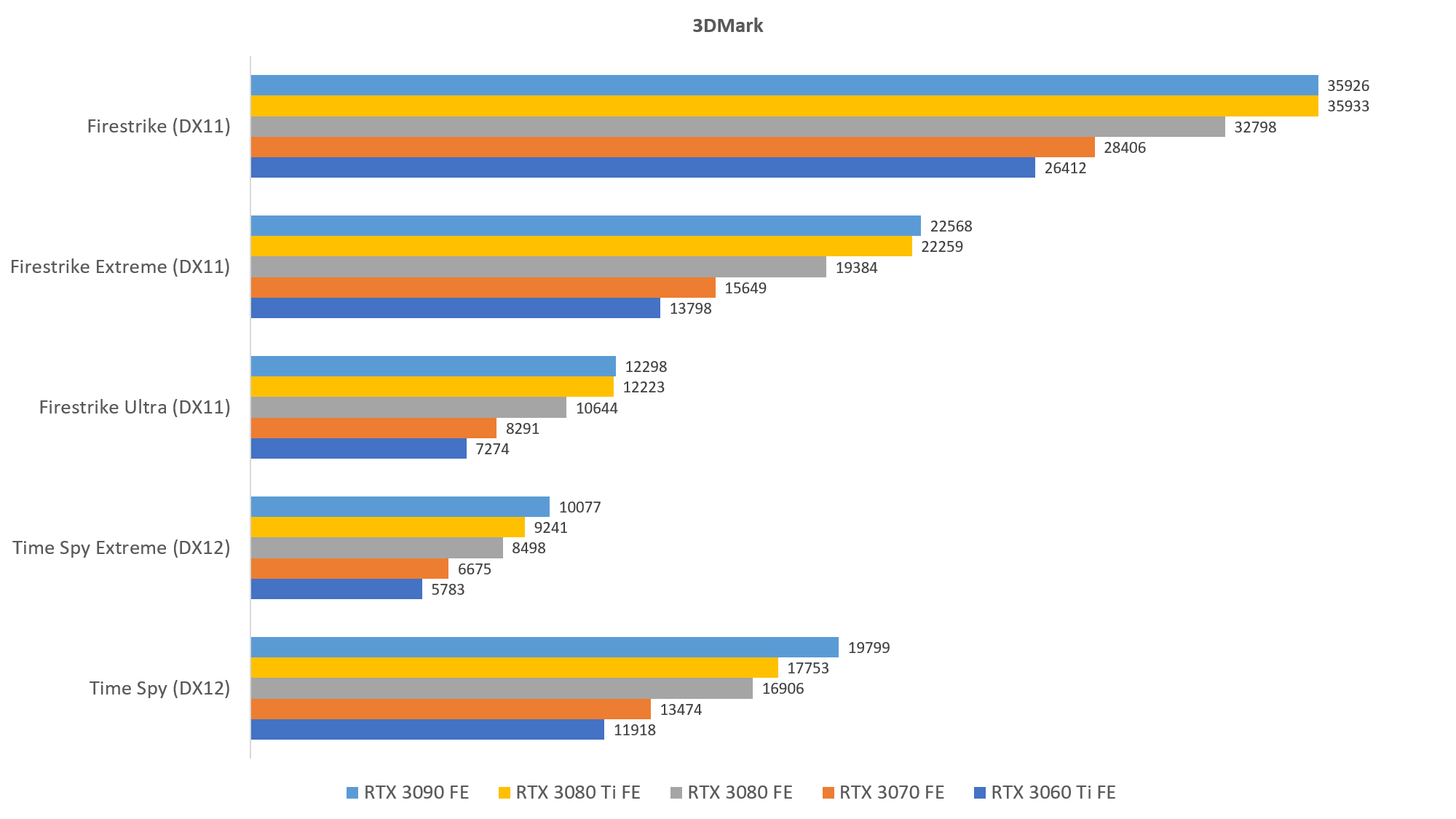 Unsurprisingly, the GeForce RTX 3080 Ti knocks the wind out of the rest of the cards here, including the RTX 3080. Interestingly, the RTX 3080 Ti pretty much scores neck to neck with the RTX 3090 in DirectX 11 synthetic tests but still lags behind the same card in DirectX 12 (Time Spy) tests. Let's look at how it performs in the real world with our selected games. 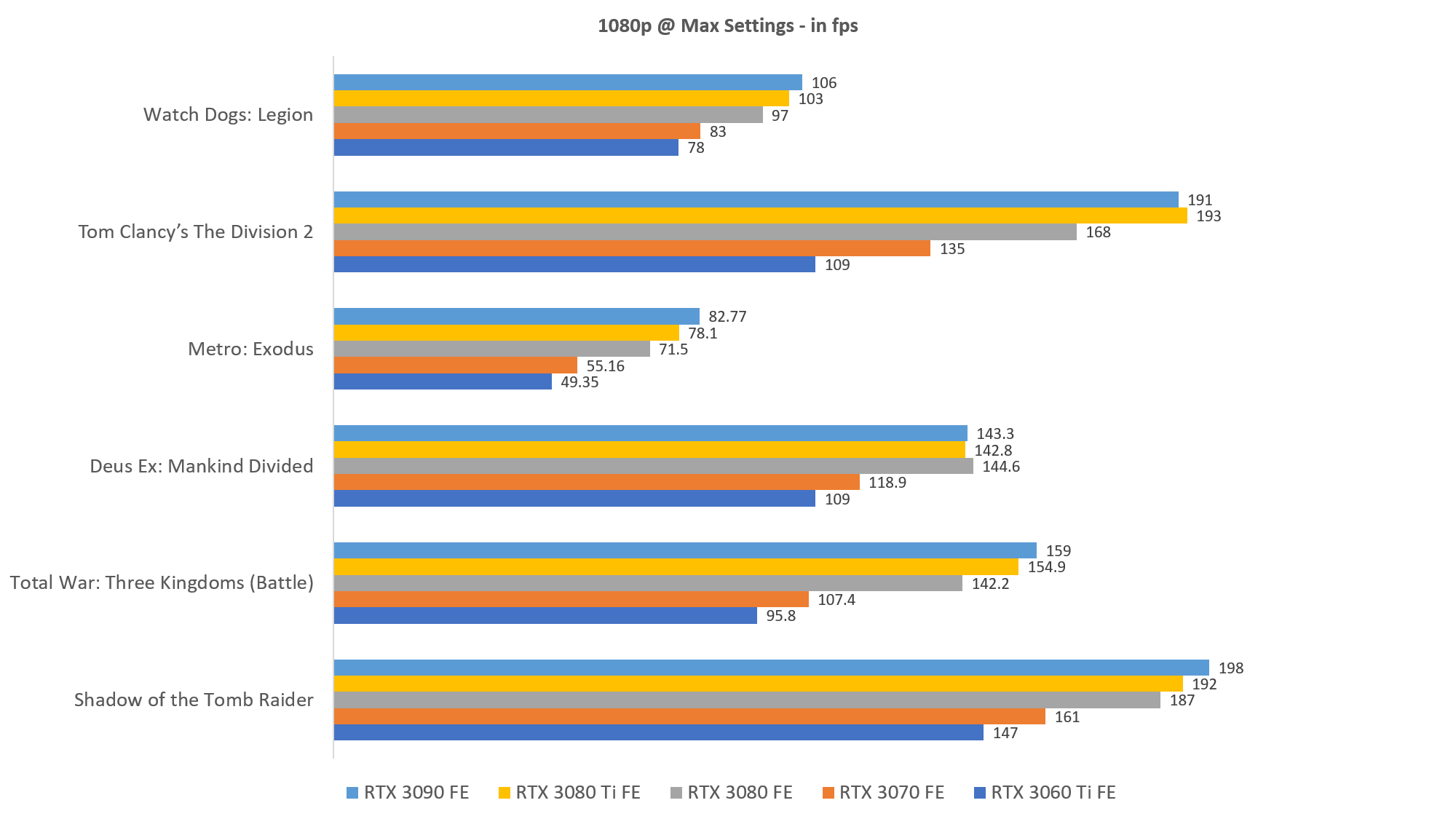 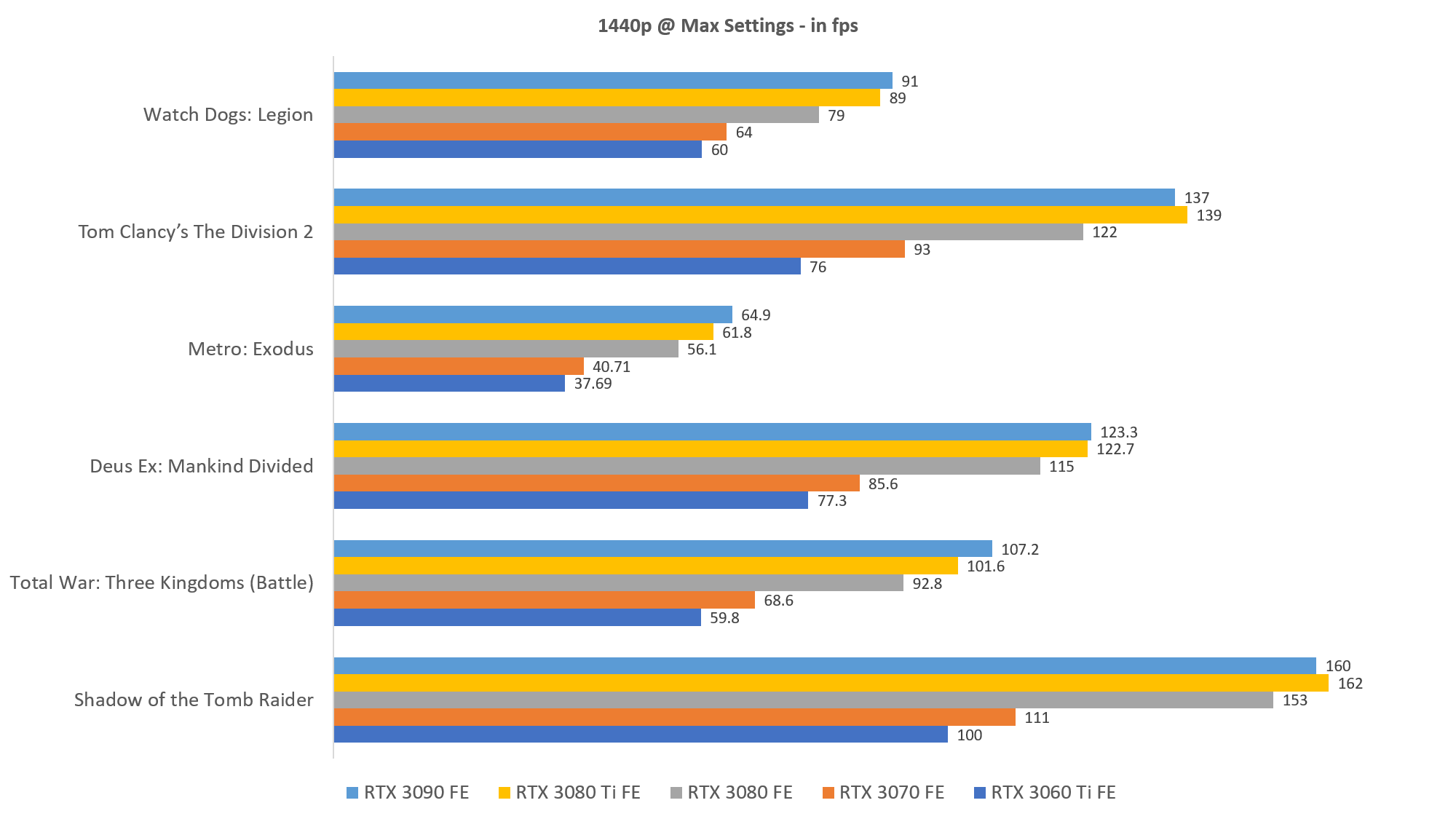 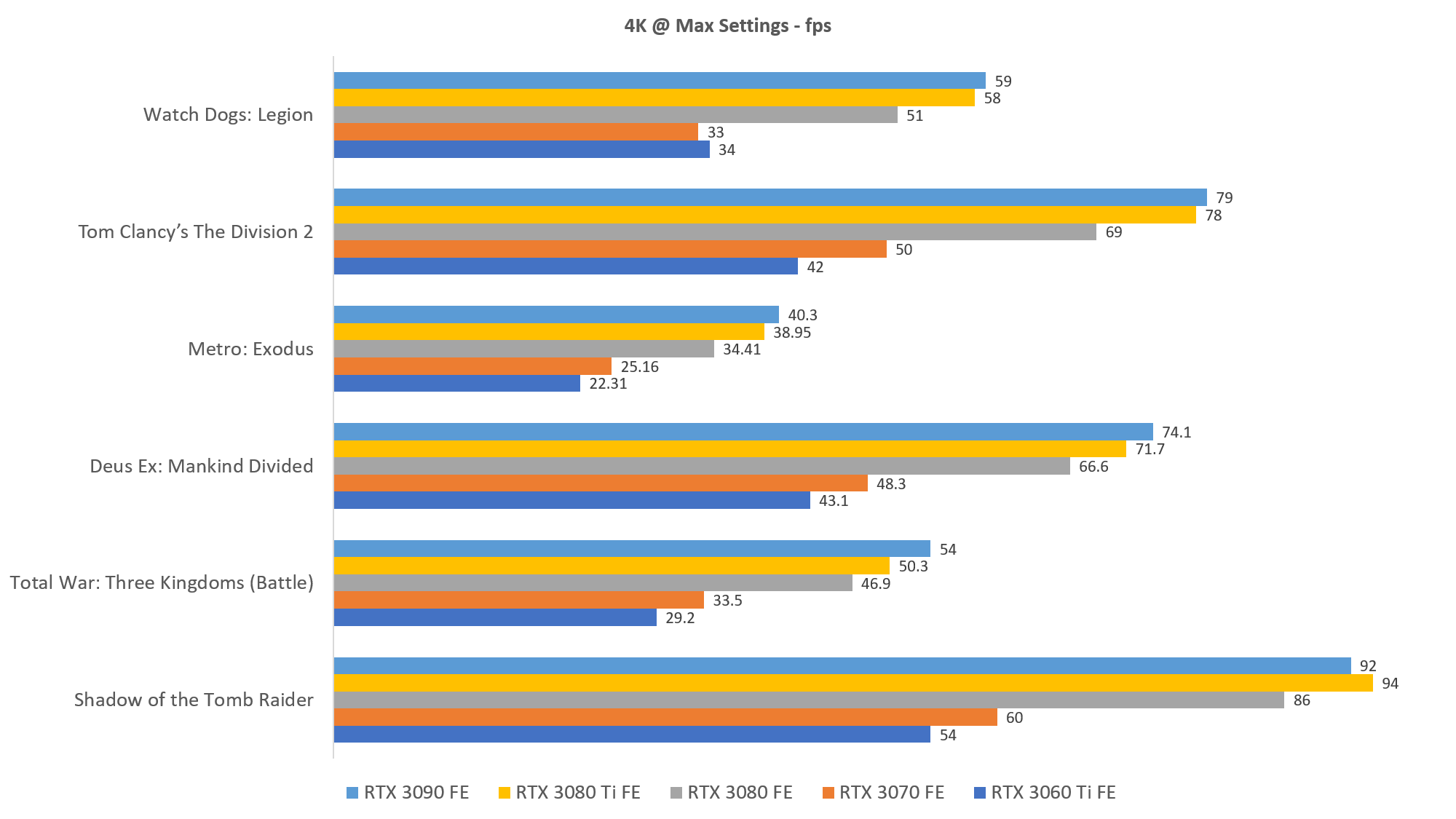 In DX12-based games benchmarks, the true performance of the GeForce RTX 3080 Ti shows. It's certainly no surprise that it blazes past the RTX 3070 card and those below it, or that it offers between 7-10% in performance gain over the vanilla RTX 3080 in the games tested. No, the really interesting insight here is how the card performed so much closer to the RTX 3090. Clearly, unless heavy content creation production works is a requirement where the additional 12GB of the RTX 3090 will come in handy, the RTX 3080 Ti is a much more practical choice for gamers going for the high-end gaming experience.

Write a Review
Compare This | Specifications
The best gaming graphics card you can get right now
Essentially a "lite" version of the GeForce RTX 3090
Good, solid design and build
Requires a minimum 750W PSU
Specs edge it closer to an RTX 3090 but so does the price
Whether 12GB will be sufficient for future AAA games remain to be seen
Our articles may contain affiliate links. If you buy through these links, we may earn a small commission.
Sponsored Links