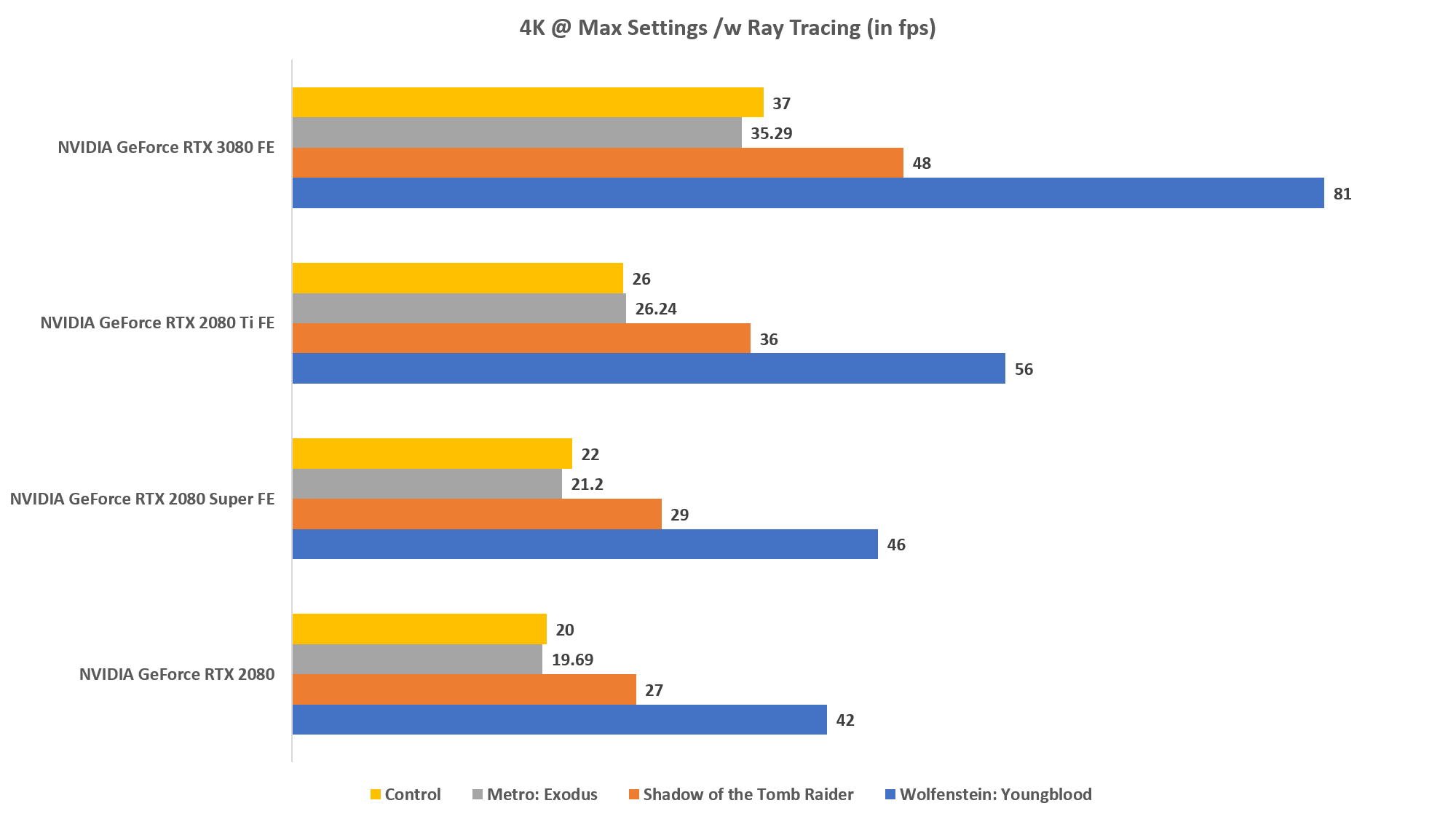 Ray tracing arrived with the RTX 20 Series but the graphical feature didn't quite take off in the way NVIDIA would have liked. Firstly, there was the lack of games that feature ray tracing. It's not an exaggeration to say you could count with both hands the number of games that supported it. Then there was also the performance hit with games that do support it, as you can see in the ray tracing benchmark above. My tests were quite brutal with 4K at maximum settings for ray tracing, but it's an interesting benchmark nonetheless to see where the RTX 3080 stands in relationship to its predecessors.

So, while the RTX 3080 performs better than the RTX 20 Series with ray tracing, we can assume that modern games at 4K resolution with maximum settings is still going to crush it. Want to enjoy the upcoming Cyberpunk 2077 with ray tracing switch on? You're going to have to either play at a lower resolution or tone down the graphical settings. Or...you can switch on DLSS. Yes, Cyberpunk 2077 supports it and the list of games that supports both or either ray tracing and DLSS have grown quite a fair bit now. 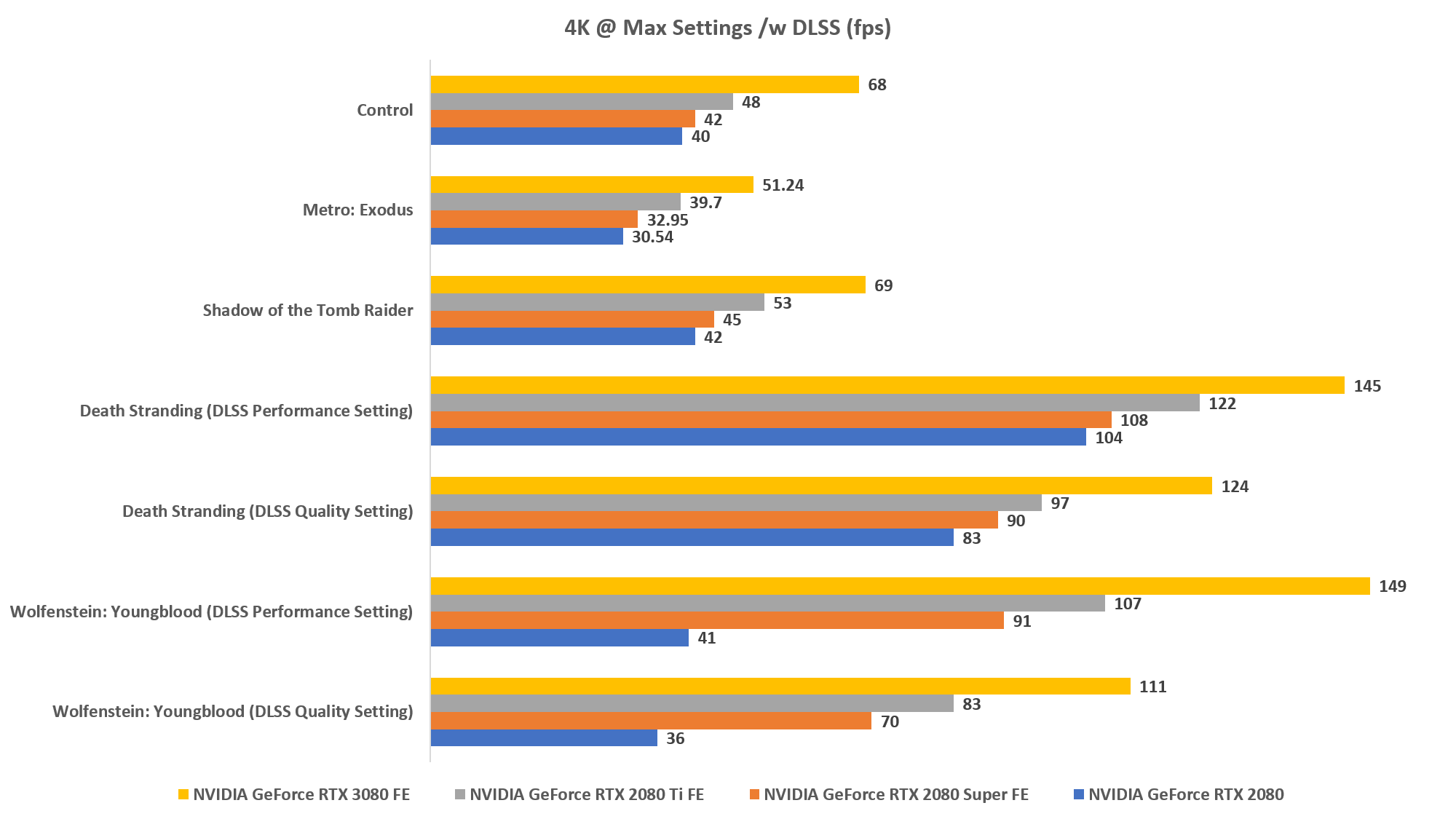 With DLSS, the frame-rates in games improved tremendously even with ray tracing switched on. As you can see from the chart above, the RTX 3080 recorded a near 50% improvement in Metro: Exodus and more than 90% with Control. DLSS has come a long way since the RTX 20 Series days, and the RTX 3080 with its more powerful Tensor Cores (the dedicated AI processors on RTX GPUs) now gives gamers the performance headroom to maximize ray tracing settings and increase output resolutions.