Now for the fun part – performance! We have bumped up our graphics card test rig and comes with the following specifications:

All graphics cards were installed with the yet-to-be-released ForceWare 456.16 driver.

We have also updated our benchmarks used, including the removal of some older titles for more recent ones and also those that supports ray tracing and/or DLSS: 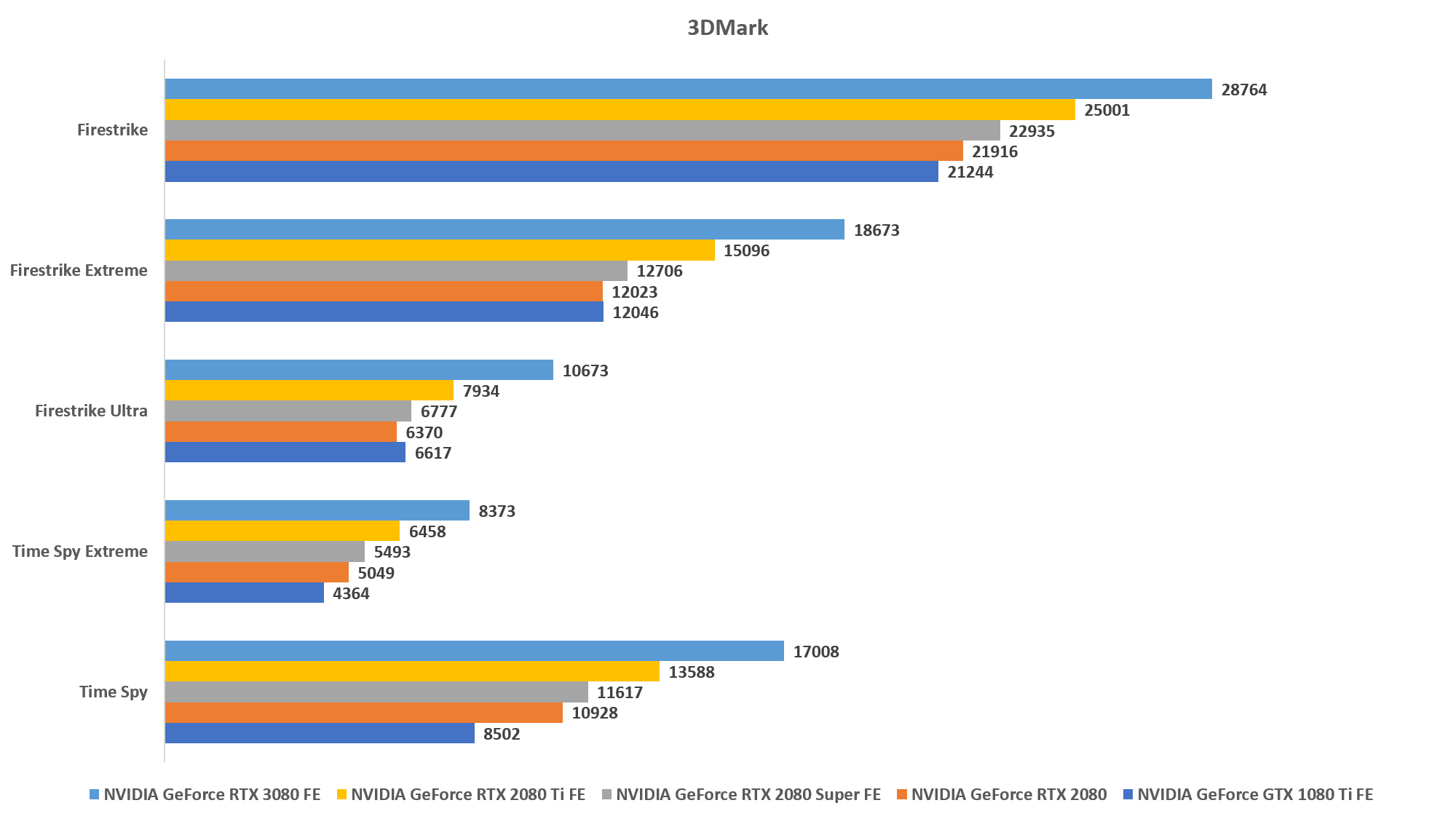 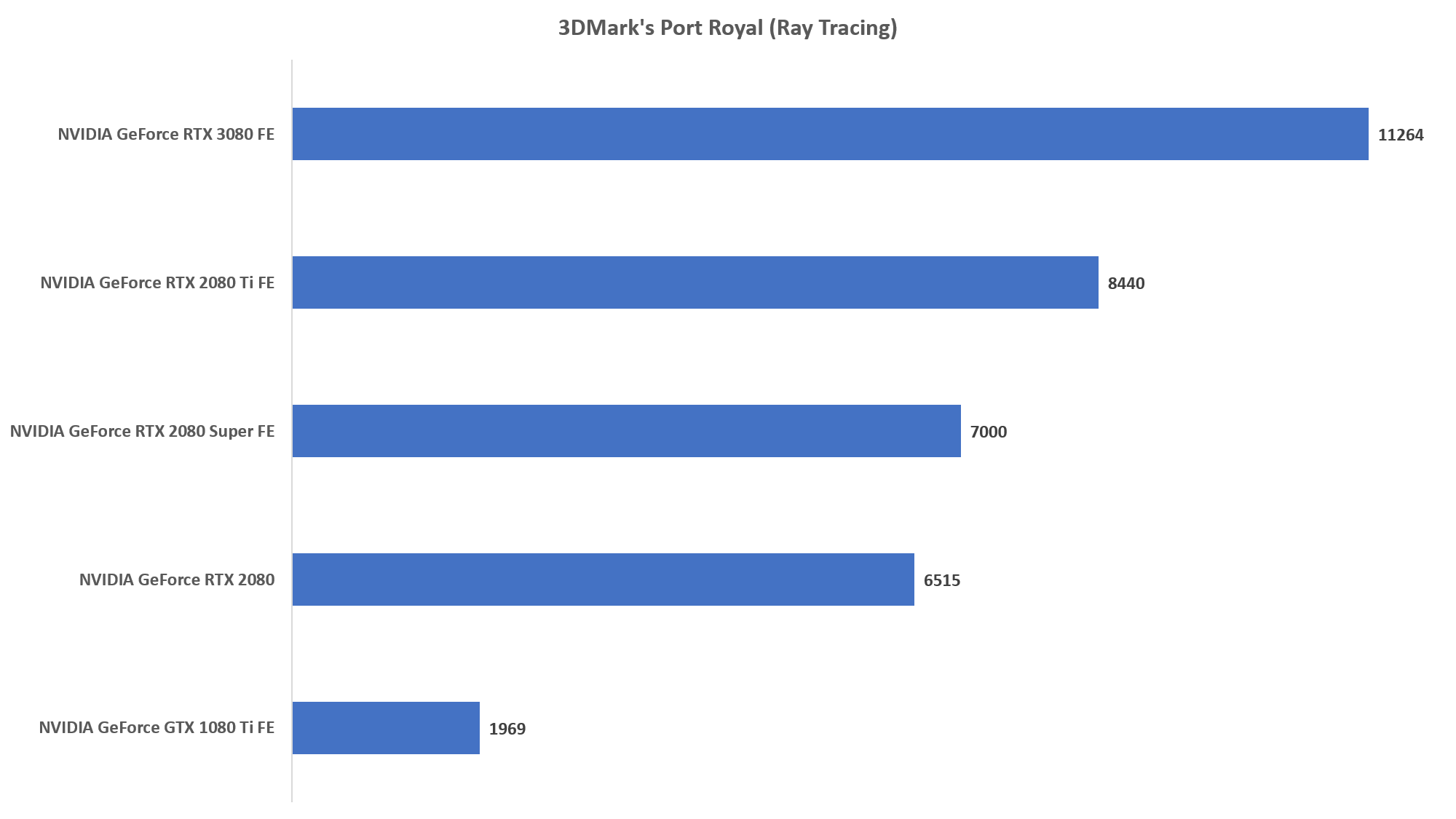 Since the RTX cards support hardware ray tracing through its RT Cores, I’ve also used 3DMark’s Port Royal Ray Tracing benchmark to size up each card’s ray tracing capabilities. The GTX 10 Series cards run ray tracing too, but without dedicated RT Cores like on the RTX cards, it just can’t run playable frame rates with it enabled. What’s eye-catching here is how much better the RTX 3080 fares with ray tracing as compared to all three RTX 20 Series cards. The performance difference between it and the nearest RTX 2080 Ti is quite an impressive feat. We’ll find out more about this with real-world games benchmarks next page. In the meantime, let’s look at how the cards fared with DLSS turned on. 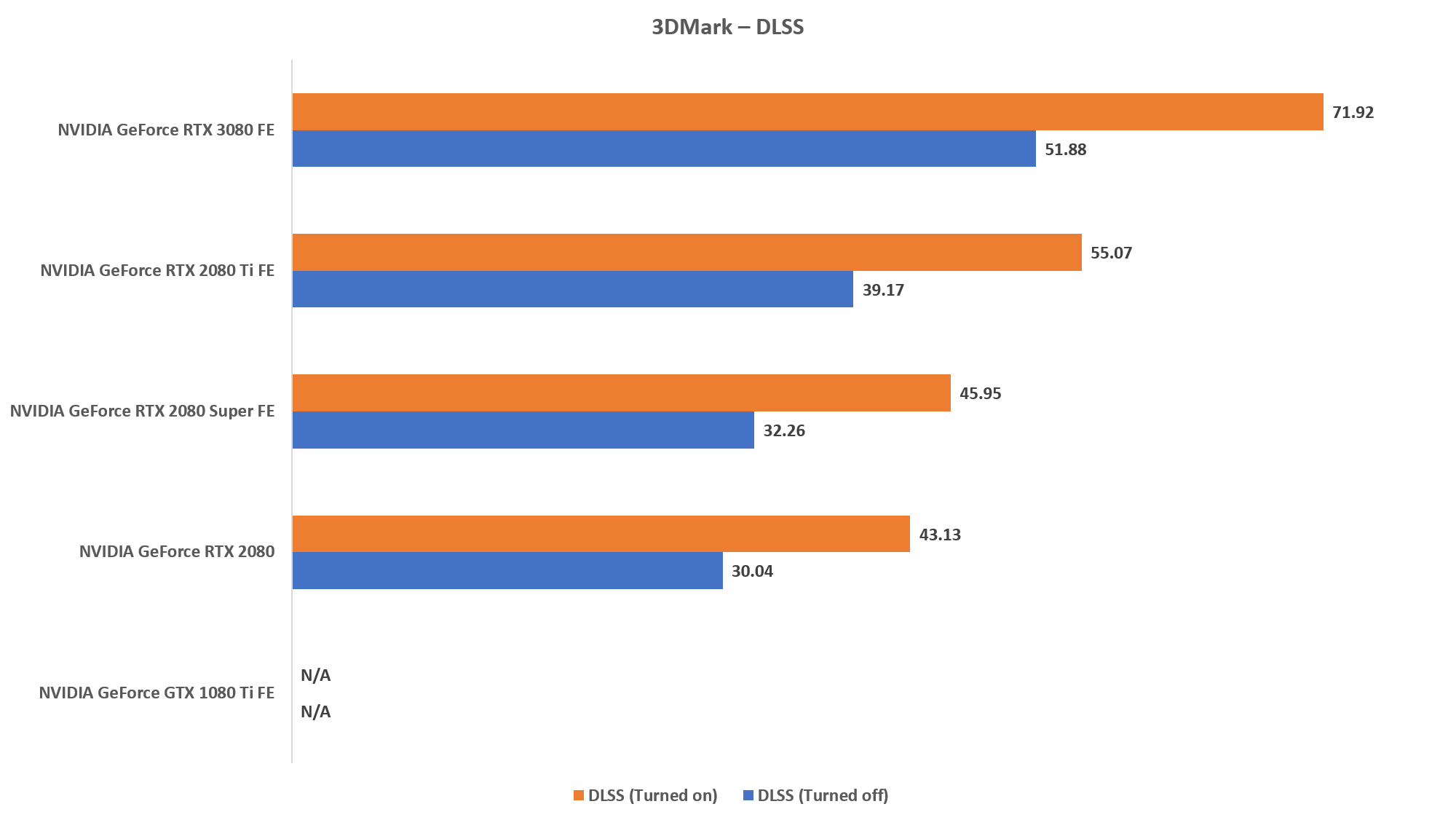 For the uninitiated, deep learning super sampling or DLSS uses artificial intelligence and machine learning to produce an image that looks like a higher-resolution image, without the rendering overhead. The idea is to make games rendered at 1440p look like they’re running at 4K, or 1080p games to look like 1440p. This is all possible thanks to NVIDIA’s Tensor cores, which are only available in RTX GPUs. Although RTX 20 series GPUs have Tensor cores inside, the RTX 30 Series come with NVIDIA’s second-generation Tensor cores, which offer greater per-core performance – and the results here isn’t surprising as much as it was expected of the RTX 3080 card.

Now let’s look at how the card performs in games.