Here's a quick look at our test rig's specifications, which has been unchanged so far for 2021:

I'll be comparing the GeForce RTX 3070 Ti Founders Edition against the rest of its RTX 30-Series Founders Edition cards, so we can get an idea of where the card stands in the series line-up. The following modern AAA games were run, with the each chosen from a wide range of genres to give a better indication of performance across different segments. Our game game tests are also maxed out in graphical fidelity to push the cards to their limit. 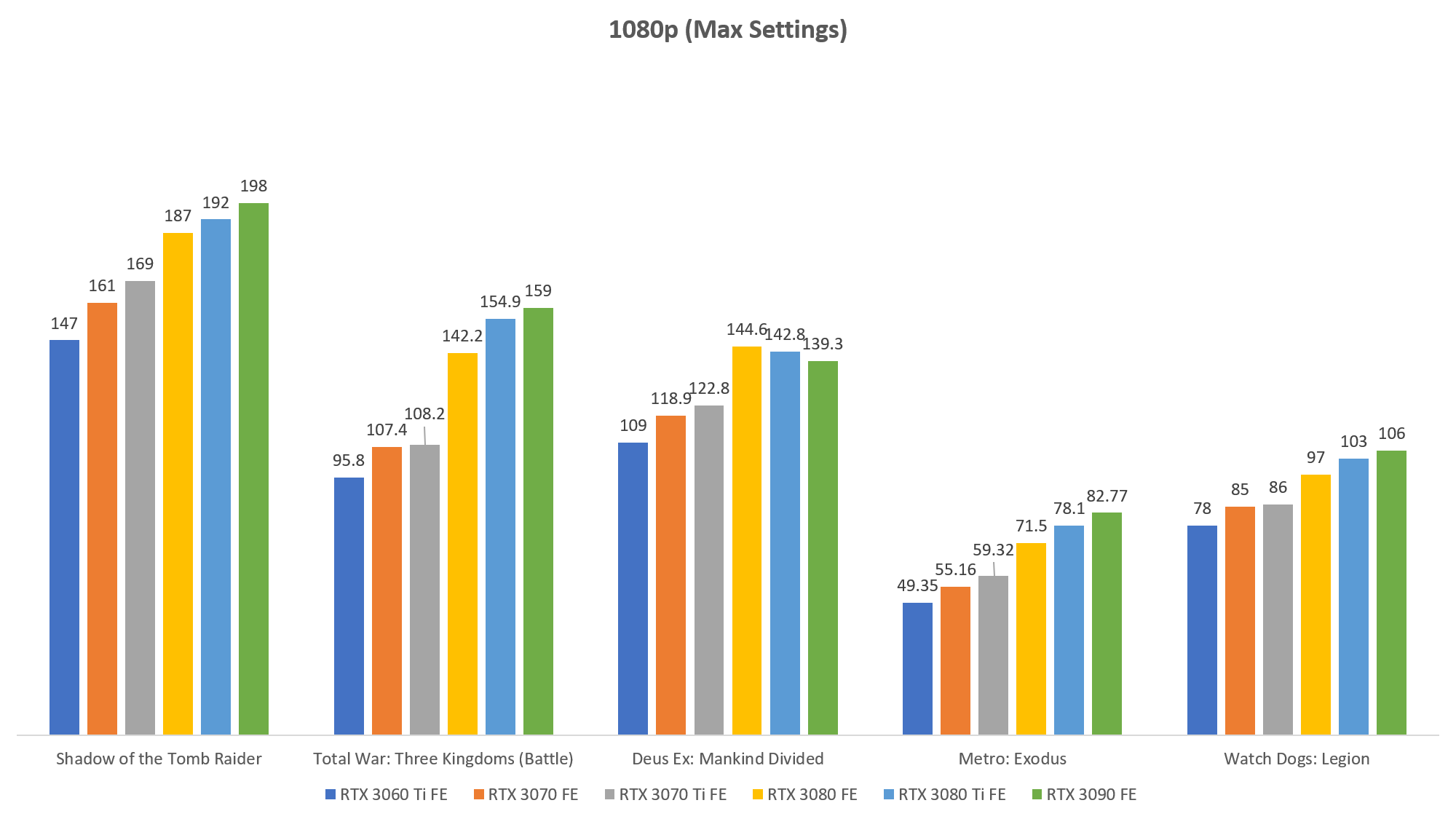 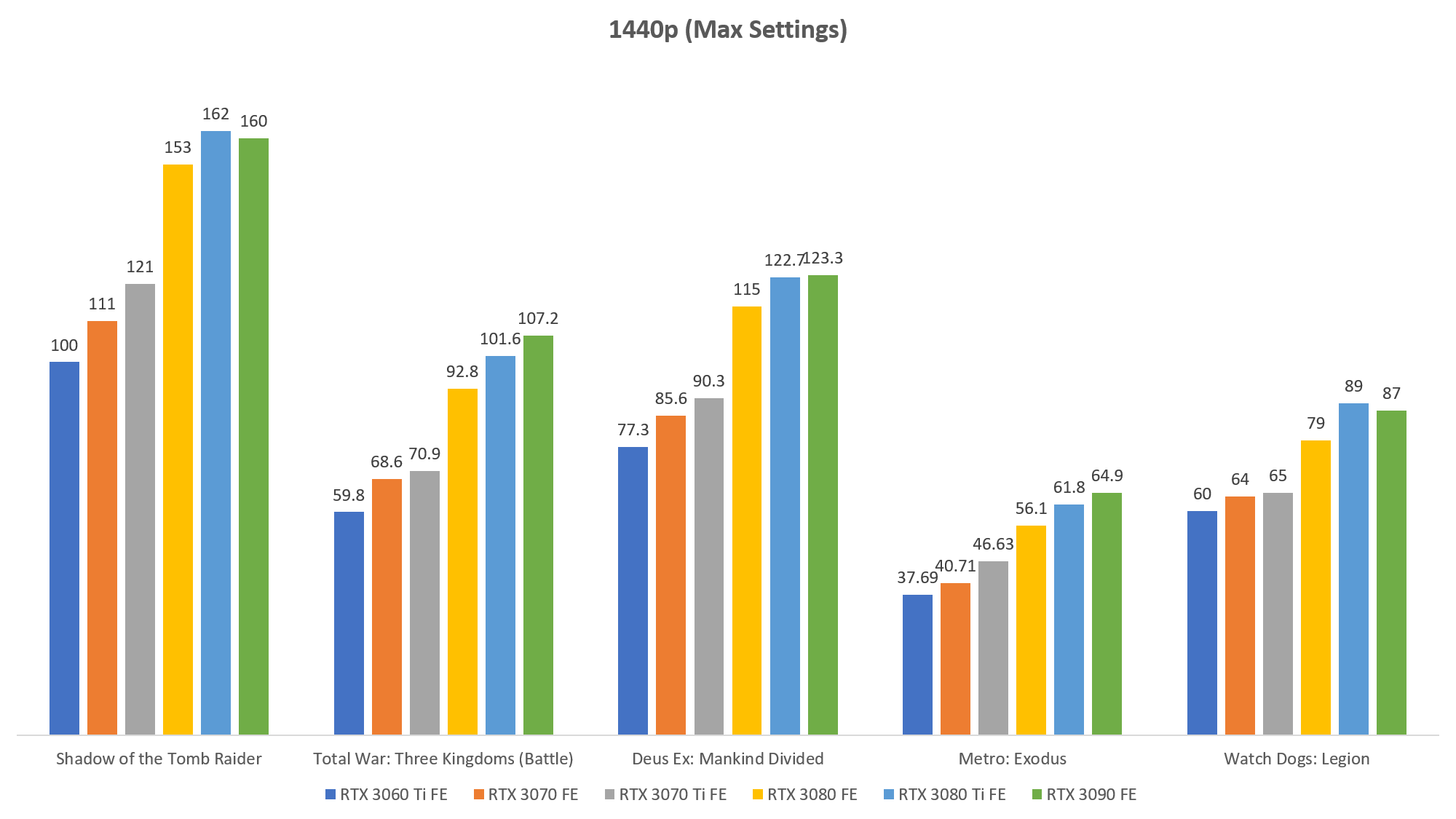 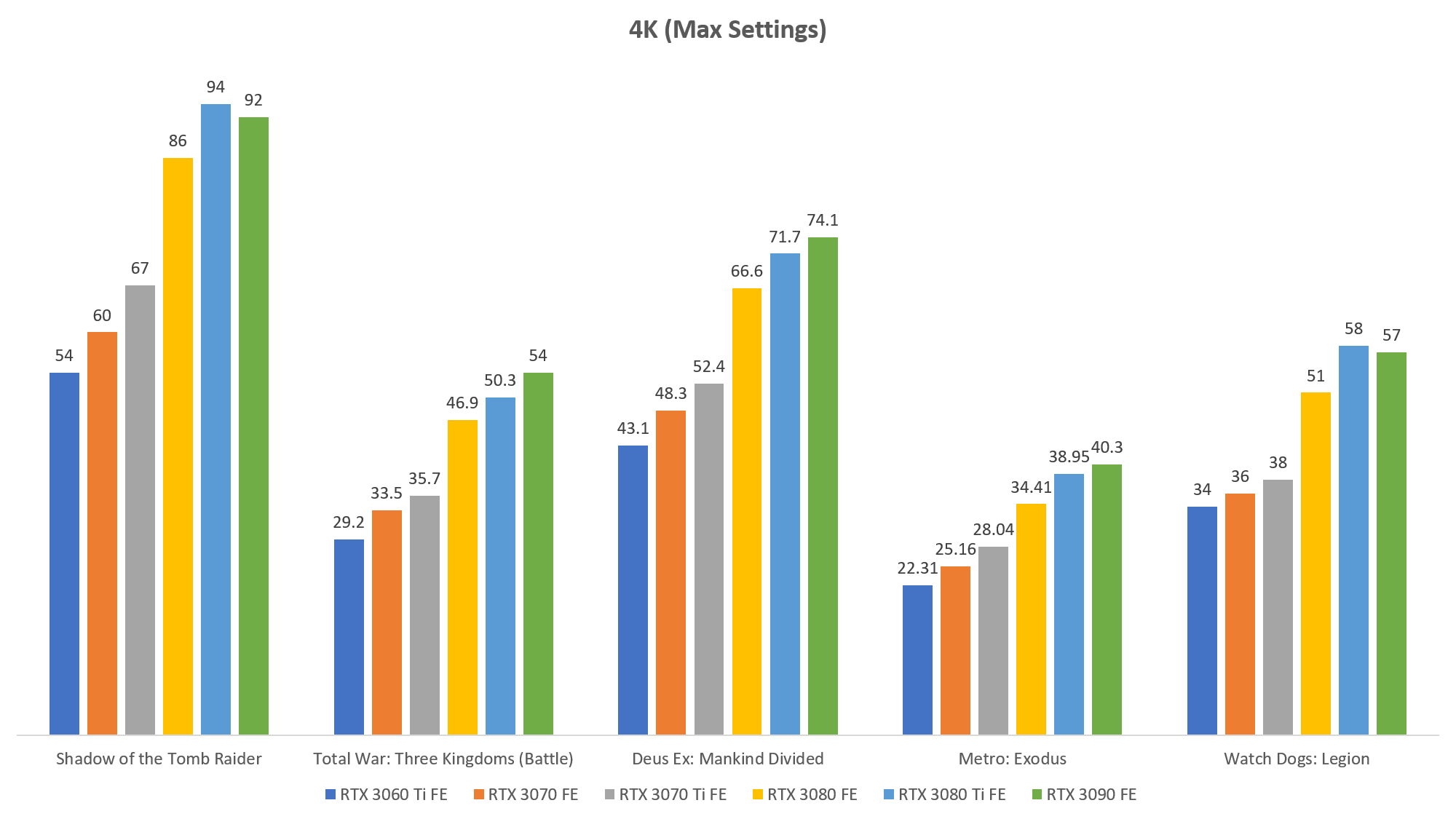 If you were hoping that the RTX 3070 Ti bridges the performance gap between the vanilla RTX 3070 and RTX 3080, then you will be disappointed. Be it 1080p, 1440p or 4K gaming, the RTX 3070 Ti gained only between 7-10% increased in framerates over its predecessor - the RTX 3070 - across all five games. It's not even close to the RTX 3080 at all. But then again, as we have seen in the specifications earlier, there's not much that sets the RTX 3070 and RTX 3070 Ti cards apart from the latter's faster VRAM. I mean, the RTX 3070 Ti is still faster than the RTX 3070 and the GDDR6X on it will come in handy in games that are reliant on memory bandwidth - such as Red Dead Redemption 2, which I didn't get the chance to test it in time for this review. 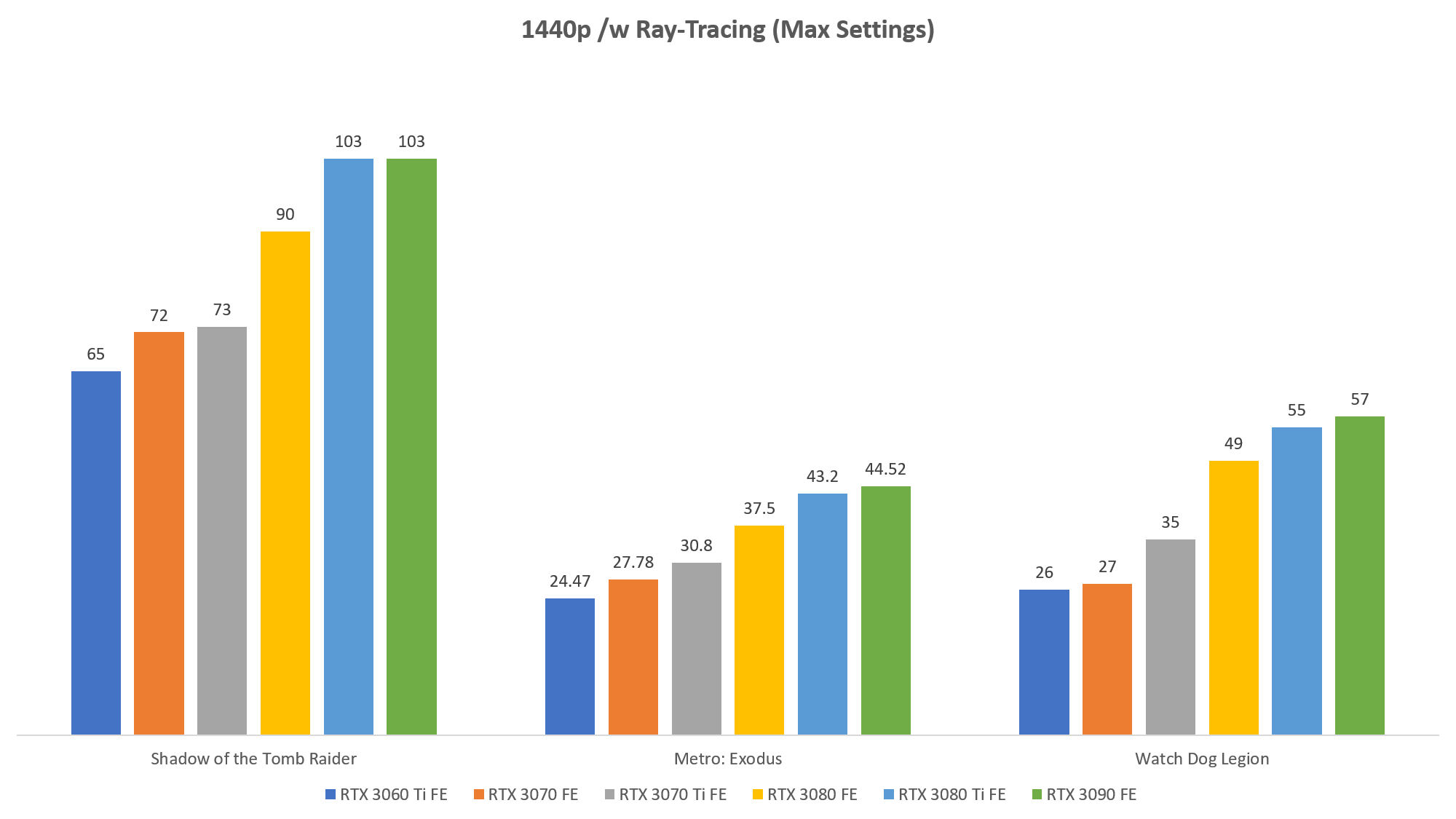 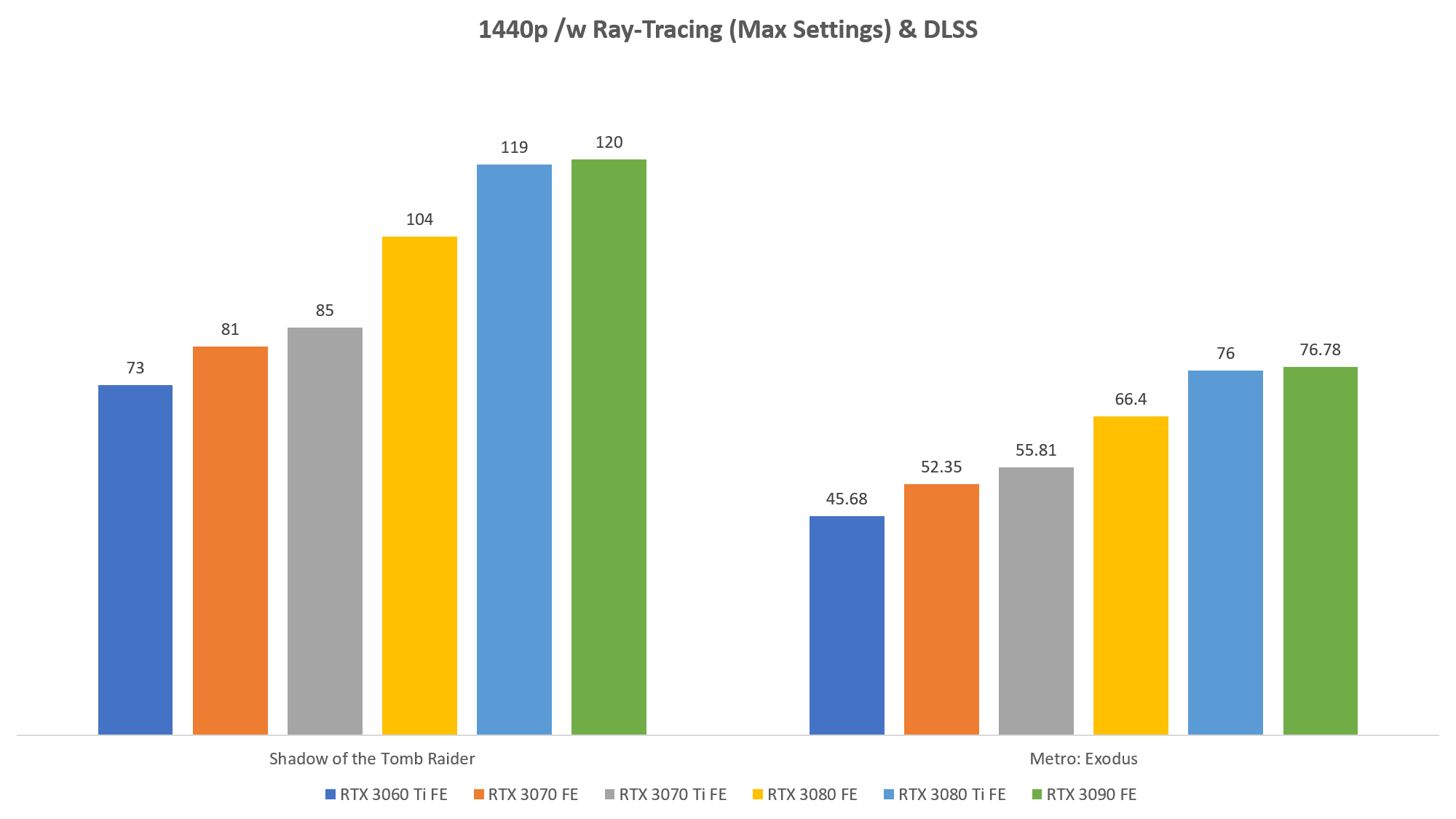 Ray-tracing is a fantastic technology and if you have an RTX 30-Series graphics card, there's no reason not to turn it on with games supporting it. The problem, as we are all very aware, is that ray-tracing can absolutely crush your system even when it's paired with a top-of-the-line RTX 3090, especially. Thankfully, most of today's games that support ray-tracing also support DLSS at the same time. I won't go into detail what DLSS does now (but you can read about it here), but needless to say, having it switched on provides an improvement in framerates across all games. Sometimes, as much as a 50% increase, as we see with Metro: Exodus above.

But in any case, I have to admit that I had hoped the RTX 3070 Ti would outpace the RTX 3070 by a wider margin that what it achieved above, what with its faster memory bandwidth and higher CUDA, RT and Tensor Core counts - even if just slightly. Overall, there's nothing revolutionary happening with the GeForce RTX 3070 Ti. 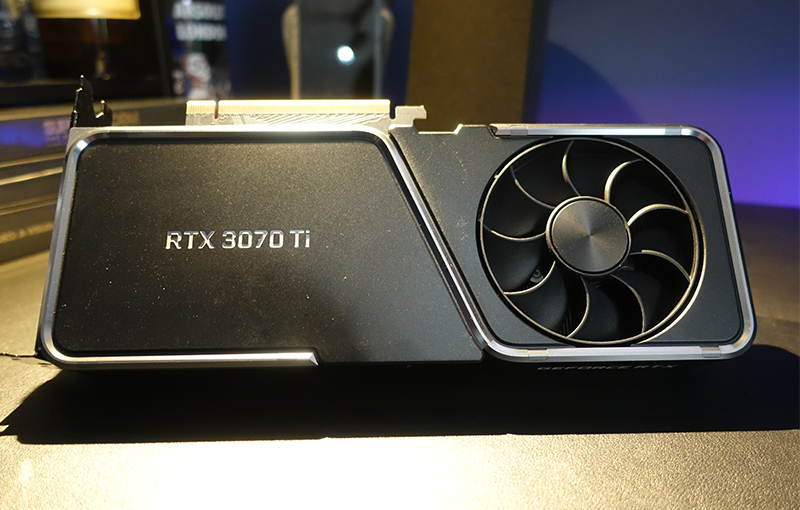 The GeForce RTX 3070 Ti Founders Edition, at US$599 is quite the oddity in the entire RTX 30-Series line-up. Just purely based on the games benchmarks that I ran above, the card's performance gain over the older RTX 3070 is marginal at best. Considering that the RTX 3060 Ti isn't that far behind the vanilla RTX 3070 in rasterization and ray-tracing, and how the RTX 3080 Ti has not only performance advantages but also additional VRAM over the RTX 3080, the RTX 3070 Ti didn't quite give the "Ti" performance that I was expecting.

So for my money, what's my verdict? Now I know that the GPU market has gone wild wild west nuts. But in the context of the SRP set by NVIDIA for this review, I would think the RTX 3070 and the RTX 3080 simply offers better value than the RTX 3070 Ti. It just makes better sense to spend US$100 less for an RTX 3070 card that isn't all that much slower in 1440p gaming, or better yet top up US$100 for the RTX 3080 that offers substantial 4K gaming boost. The Geforce RTX 3070 Ti's is hard to recommend for price premium it commands.

Write a Review
Compare This | Specifications
Solid build
Quiet even at full load
The best graphics card for 1440p gaming
Marginal performance gain over the GeForce RTX 3070
Pricey
High power draw
Requires a split-connector cable adapter
Our articles may contain affiliate links. If you buy through these links, we may earn a small commission.
Sponsored Links