The detailed specifications of our new graphics card testbed system is as follows:

For those of you wondering, the AMD Radeon RX 5700 XT and 5700 weren't included because they aren't comparable and no match for the GeForce GTX 2080 Super at all. 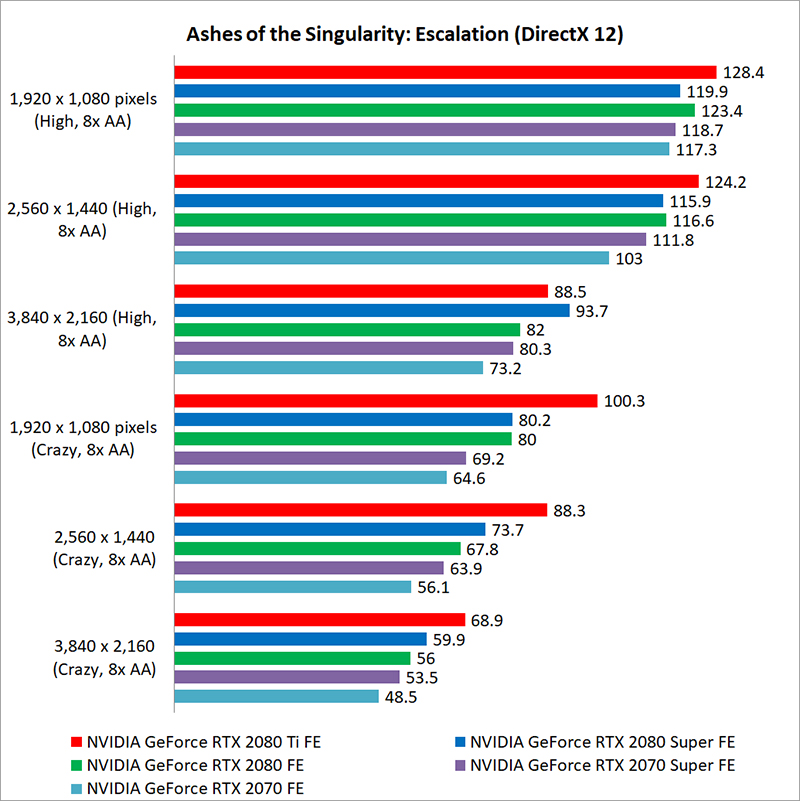 There's not much difference at 1080p resolutions where the CPU seems to be somewhat of a limiting factor, but as you move to the 4K resolution, the GeForce RTX 2080 Super had a roughly 12 percent advantage over its predecessor. 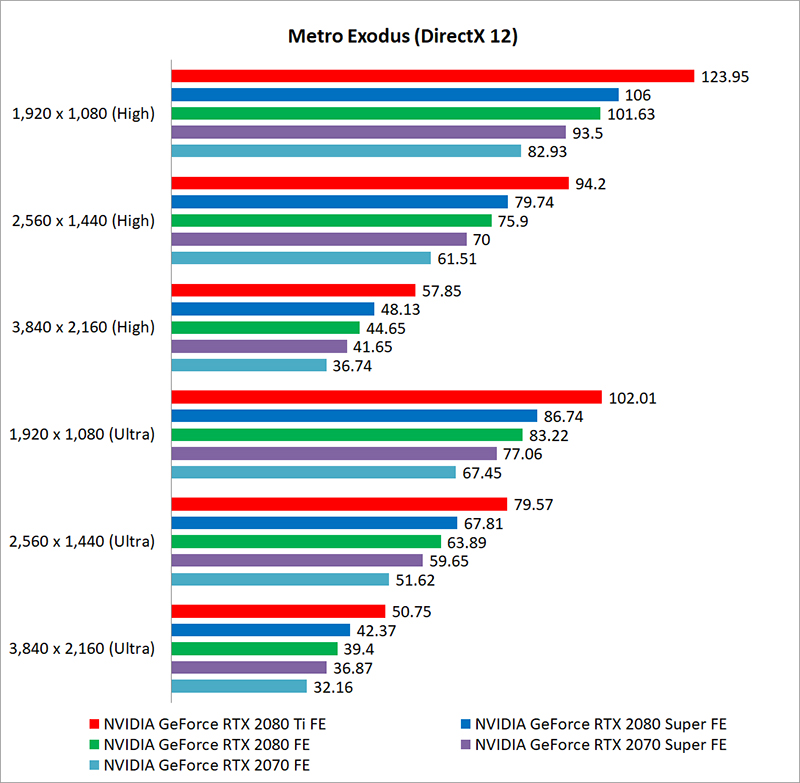 Shadow of War isn't as demanding as some of the other games here, and the GeForce RTX 2080 Super pottered ahead to a 10 percent lead at a 4K resolution and Ultra settings. 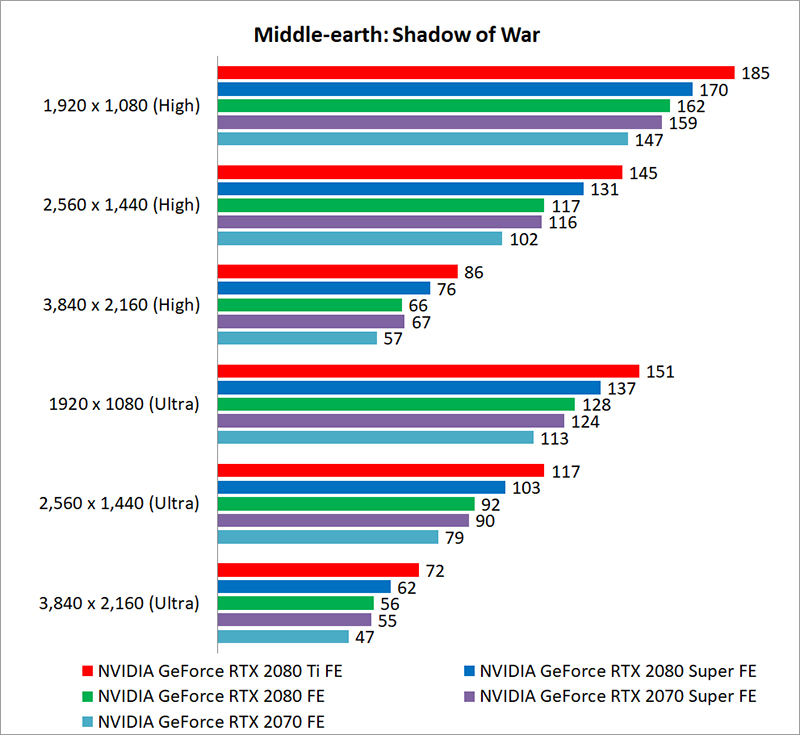 Things were much closer in Shadow of the Tomb Raider, with the GeForce RTX 2080 even somehow eking out a small lead over its Super counterpart in some benchmarks. That aside, the difference between the two cards was small, coming up to just 6 percent at a 4K resolution and Ultra settings. 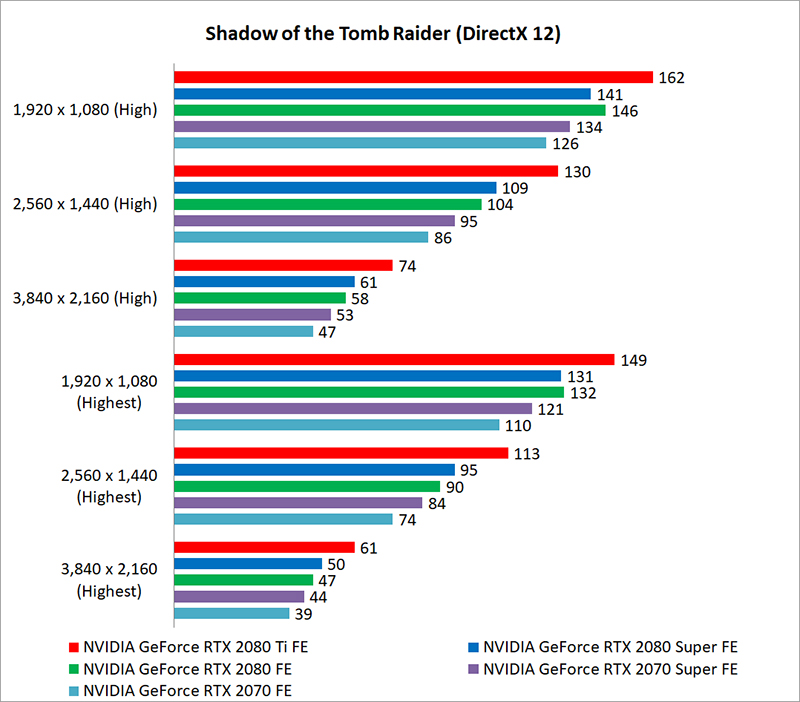 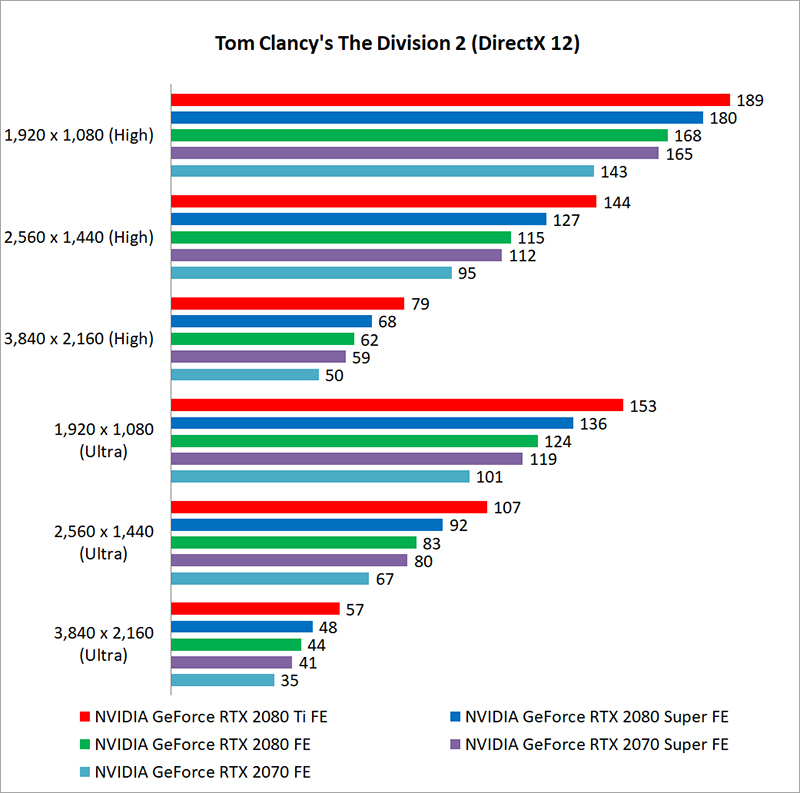