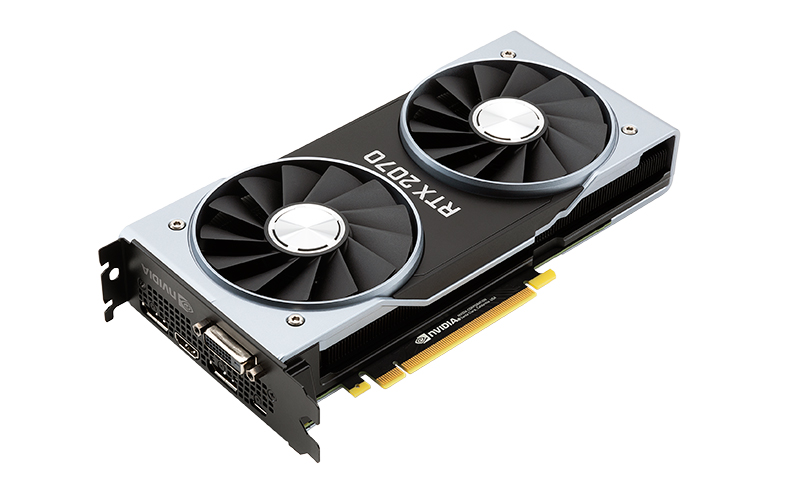 The NVIDIA GeForce RTX 2070 is the company's most affordable Turing GPU to date. At US$599 for the Founders Edition card, it is far more accessible than its bigger siblings, the GeForce RTX 2080 and 2080 Ti. The biggest question then is about performance. How fast is it and is it a worthy alternative to the other Turing cards?

But first, let's talk about the card itself. It features the same machine-finished aluminum shroud as the GeForce RTX 2080 and 2080 Ti Founders Edition, so a lot of what I said in my review then applies now as well. Put simply, the card boasts impeccable build quality and really feels better made than the vast majority of custom cards on the market.

There's also the same wraparound shroud that extends over the end of the card to eventually form the PCB backplate. 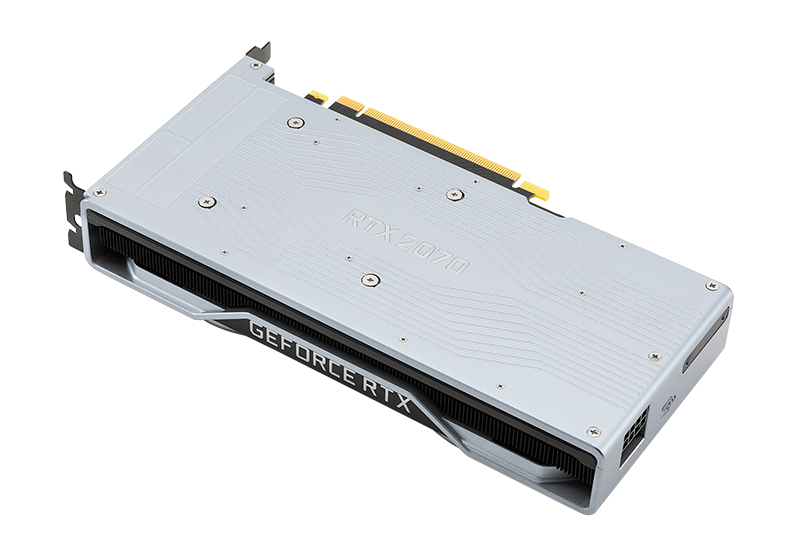 However, there are some small changes this time. The single 8-pin power connector has been shifted to card's end, which means it's slightly more accessible, especially if you have a small chassis. Having said that, the GeForce RTX 2070 is actually a great fit for anyone looking to put together a powerful, compact build. The 2-slot Founders Edition card is much more compact than its more powerful siblings, measuring just 228.6mm long, which means it barely extends past the edge of an ATX motherboard.

The card itself features a 1,410MHz base clock and 1,710MHz boost clock, a nice bump over the reference 1,620MHz boost. It is also equipped with a 6-phase power supply and the same dual-axial 13-blade fans as the other Turing Founders Edition cards. There is no NVLink connector however, which means that the GeForce RTX 2070 won't actually support SLI.

The display outputs are also different from the more expensive Turing cards. Instead of the single HDMI 2.0b connector and three DisplayPort 1.4a outputs, NVIDIA has replaced one of the DisplayPort connectors with a DVI-DL output. The USB-C port remains, however.

It features a total of 36 SMs, comprising 2,304 CUDA cores, 36 RT cores and 288 Tensor cores. In addition, the memory subsystem consists of eight 32-bit memory controllers, which gives the card 256-bit memory bus width. This is paired with 8GB of GDDR6 memory clocked at 14,000MHz, which gives a total memory bandwidth of 448GB/s.