The improvements NVIDIA made to the cooling solution on its Founders Edition cards are plain as day here, and all the Turing cards posted lower temperatures despite being more powerful. The cards are also fairly quiet, and I don't see this being a problem for most people.

The GeForce RTX 2060 had the lowest peak temperatures among all the Founders Edition cards, probably owing in part to its lower power envelope compared to the other Turing cards. NVIDIA's has done good work in upgrading the cooling solution on its Founders Edition models, and I'm really glad to see the blower fan go.

When it came to power consumption, the card proved more power hungry than some of the Pascal models, but that's probably not surprising given how much faster it is. 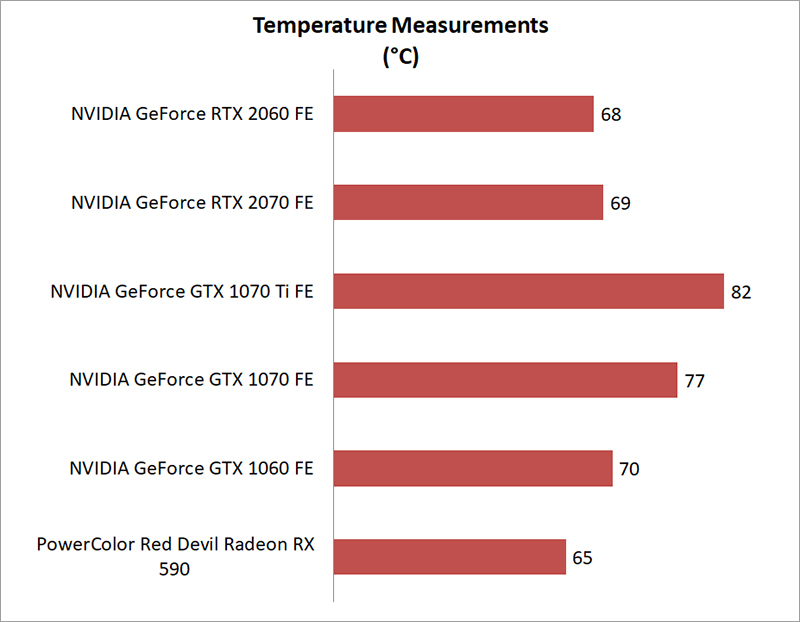 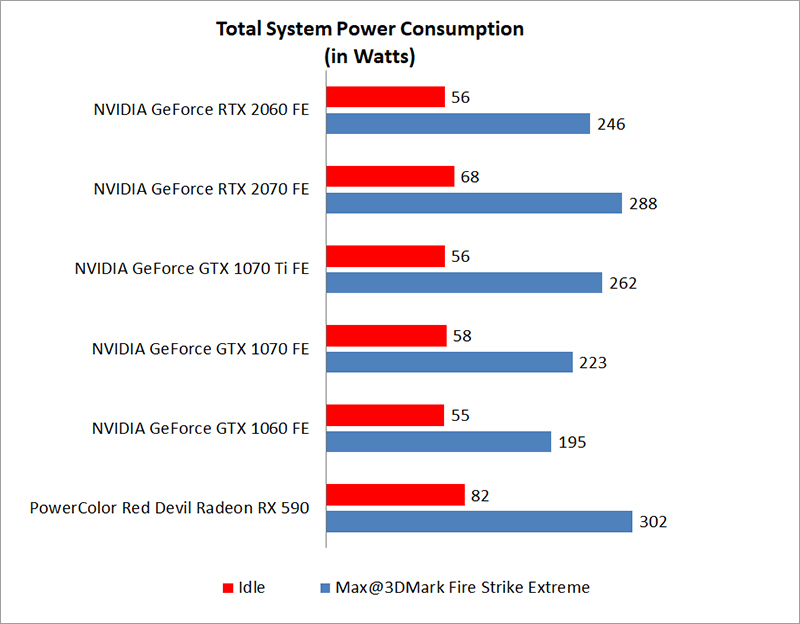