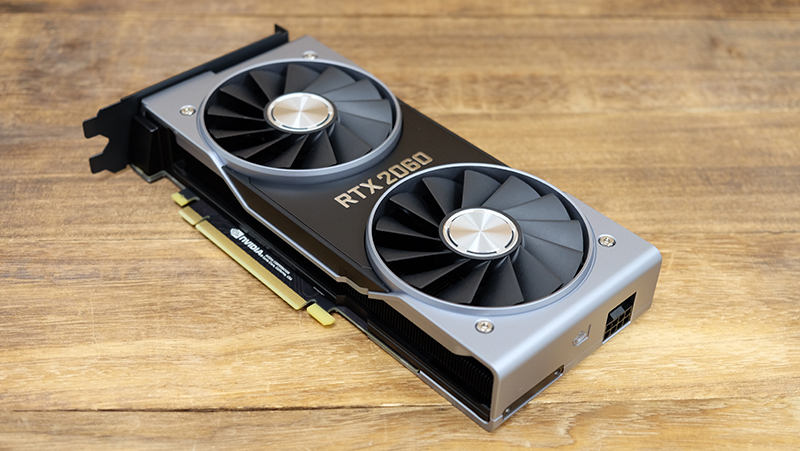 NVIDIA's Turing cards are a pretty mixed bag. On the one hand, they're really, really fast, but on the other, they're also prohibitively expensive. The GeForce RTX 2070 made Turing's DLSS and ray-tracing technology more accessible with its US$599 price tag, but it was still far from being considered a card for mainstream audiences.

A lot hinged on the GeForce RTX 2060. NVIDIA's ray-tracing acceleration will only really become useful if developers catch on, and there's no chance of that happening if no one is buying Turing cards. For that to happen, the mainstream Turing model needs to be priced right. Fortunately, at US$349, the GeForce RTX 2060 is pretty accessible. It's still US$50 more expensive than the GeForce GTX 1060, but that isn't that hefty a premium to pay considering how much faster it is.

As it stands, the GeForce RTX 2060 means great things for the average gamer. Here's a card that won't break your bank, but which will run just about any game at 1080p and max settings. And let's face it. How many of you actually own 1440p or 4K monitors? 1080p is still the most common resolution to game at, and the GeForce RTX 2060 will handle that wonderfully.

That said, it's proven itself capable of tackling 1440p resolutions as well, but you'll probably have to turn some settings down for a smoother experience.

The GeForce GTX 1060 was a great card for 1080p in its own right, but it still felt like a compromise sometimes. The GeForce RTX 2060 sloughs off that burden like dead skin. Mainstream cards are no longer signifiers of middling performance, and you can buy a GeForce RTX 2060 with the happy knowledge that you'll be able to max out your settings at 1080p.