At both screen resolutions, with anti-aliasing disabled, the GTX 760 was able to maintain its lead over the GTX 660 Ti and the AMD Radeon HD cards. However, its lead over them, especially its NVIDIA counterpart, was very thin.

With anti-aliasing set at 8x, and at the highest resolution of 2560 x 1600, the GTX 760 was outclassed by the AMD Radeon HD 7950, by a margin of less than a single frame per second. Other than that, the GTX 760 performed as within expectations, while the GTX 670 maintained its winning margins, between 15- 17 per cent, over the GTX 760, at the same settings. 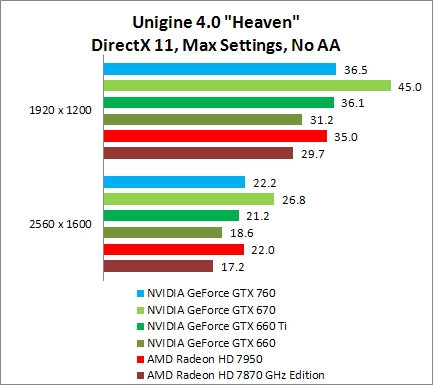 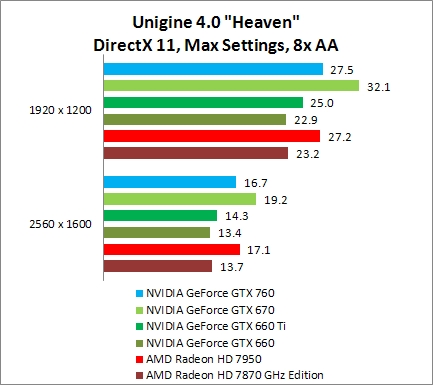 The performance of the GTX 760 here, was more in-line with the results of 3DMark 2013 benchmark, whereby it was beaten by the GTX 660 Ti at lower settings. However, with Fire Strike Extreme, the stronger graphics compute capabilities of the GTX 760 allowed it to pull ahead of the GTX 660 Ti. Additionally, it's also a tad faster than the Radeon HD 7950 all throughout this benchmark. 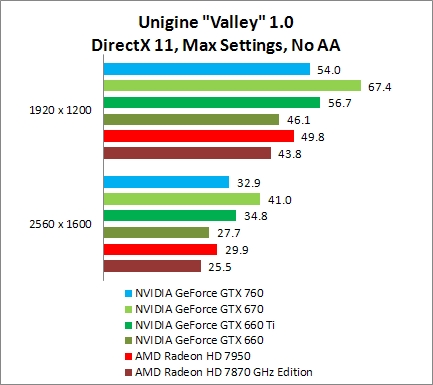 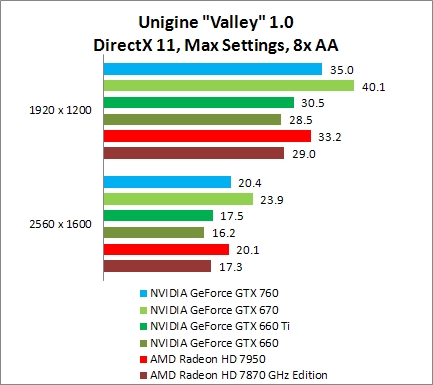