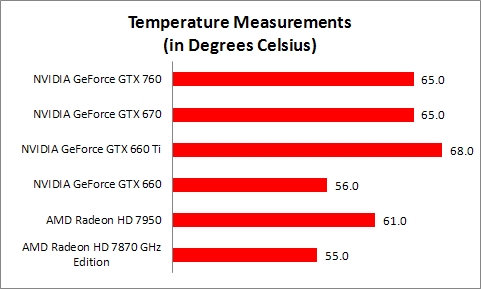 Updated on 9th July: The original graph had presented comparison test card results from an older test-bed and thus the differences between the GTX 760 and the rest were more pronounced. We've since rectified the graph, but the conclusion remains that the GTX 760 draws more power than ideal.