NVIDA GeForce GTX 760 - The Gaming Card for the Masses?

The Gaming Card for the Masses?

The newly launched GeForce GTX 760 graphics card today will be the last new entrant to the GTX 700 series lineup, at least till the end of the year. In a press conference call, a NVIDIA spokesperson confirmed this statement and said that it is positioned as the replacement for the GTX 660 Ti. 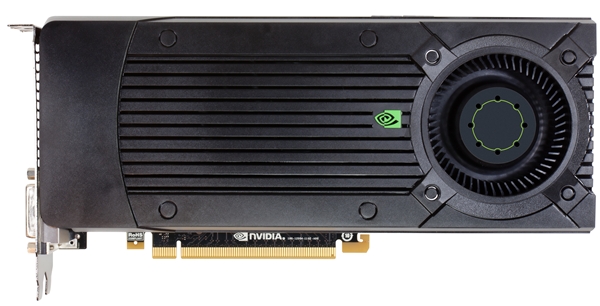 While the NVIDIA GTX 770 was positioned as a high-end graphics card for the gaming enthusiasts, the GTX 760 also sings a slightly similar tune, but we understand its performance levels would be more realistically pegged to the GTX 660 Ti. In terms of technical specifications, the GTX 760 sports the same GK104 GPU as the GTX 770 and the GTX 660 Ti. It however retains the 256-bit memory bus interface often associated with high performance cards and brought this feature to the performance-mainstream class. With a total memory bandwidth of 192.26GB/s, it's far more than the GeForce GTX 660 series had to offer and matches the throughput of the pricier GTX 670. Meanwhile, video frame buffer size is pegged at 2GB of GDDR5 memory and the card has a TDP rated at 170W.

In terms of physical size, the card measures 241mm in length, and is identical to the GTX 670. As a matter of fact, the TDP of the GTX 760 is also the same as the GTX 670. Coincidentally some of its other hardware specifications are similar to the GTX 670 as they share the same GK104 GPU. However the GTX 670 features 1344 CUDA cores, which is 16 per cent higher than the GTX 760. On the other hand, the GTX 760 is clocked faster at 980MHz, when compared to GTX 670's rated clock speed of 915MHz. In addition, being the newer card, the GTX 760 features the new adaptive temperature controller that is touted to reduce fan noise. In terms of video connectivity options, the card features the expected two DVI ports, one HDMI port and one DisplayPort output.

Another feather in its hat is its attractive price point of US$249. This makes the card cheaper than the GTX 670, which had a launch price of US$399. However given the card's positioning, messaging and specifications, its main comparisons would be the GeForce GTX 660 Ti, Radeon HD 7870 and the Radeon HD 7950.

Evidently, the GTX 760's price point also automatically positions it as the gaming card for the masses due to the prohibitive prices of the higher-end GeForce GTX 780 and GTX 770 cards. According to the company, despite this price point, NVIDIA was quick to point out its positive performance. It even stated the card was powerful enough to tackle the demands of new game titles. Hence, we shall put the card through our slew of benchmarks to determine if this card of mass market appeal will deliver.