There’s nothing much to remark on in terms of thermal performance, and all three Pascal cards performed very similarly to each other. On the topic of noise, the card was fairly quiet, so we don’t foresee many complaints in this area.

However, as a 250 watt TDP card, the GeForce GTX 1080 Ti unsurprisingly consumed more power at load than the 1080 with its 180 watt TDP. And while TDP numbers aren’t actually a reflection of actual power consumption figures – they actually indicate the maximum amount of heat a cooling system is expected to dissipate – they’re still a rough guide to how powerful (and power hungry) a card is. 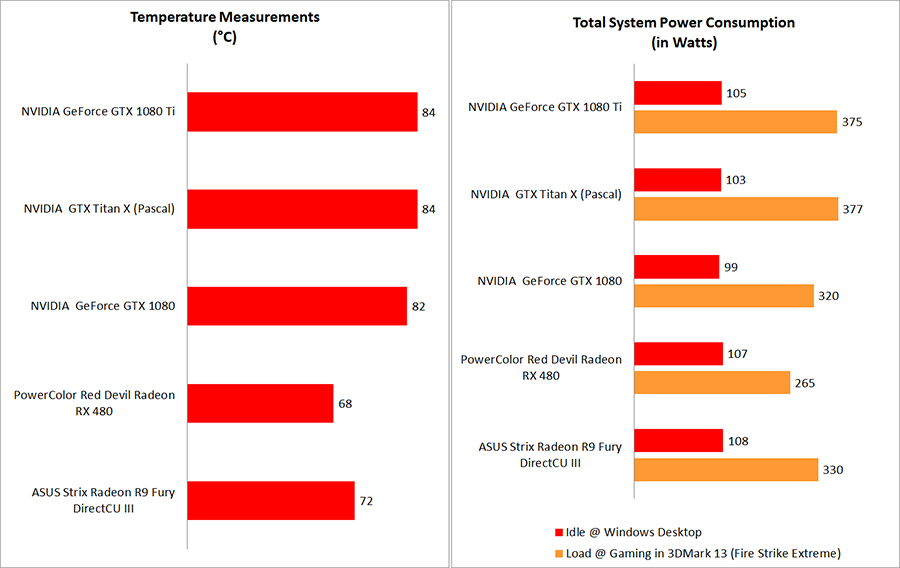 We used EVGA’s Precision XOC utility to overclock the card, and were able to get it to a 1,621MHz base clock and 1,722MHz boost clock. At load, the monitoring software showed that the card was even able to boost as high as 2,050MHz. Ultimately, this translated into around an 8 per cent boost in Fire Strike Extreme and Ultra, and a more modest 4 per cent improvement in Fire Strike.

The GeForce GTX 1080 performed similarly, and overclocking it netted us a 7 per cent gain in Fire Strike Ultra.

Here’s a table summarizing the overclocked speeds of the other cards: 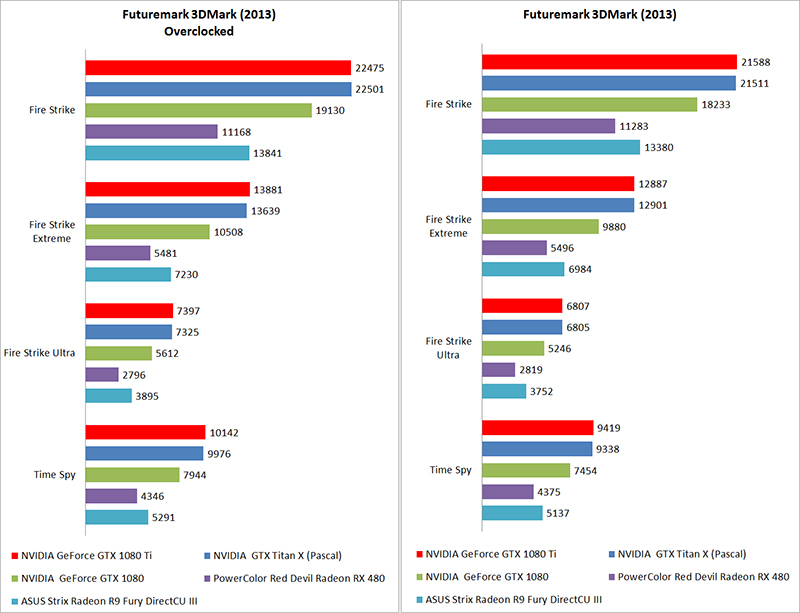