Why even make the Titan X anymore? 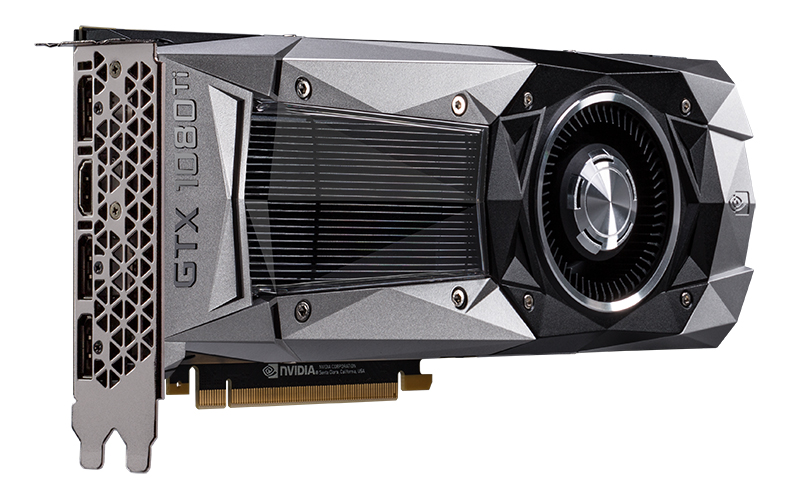 When we reviewed the GeForce GTX 1080 back in May 2016, we said (perhaps with a touch of schadenfreude) that it was the reason that Titan X owners were going to bed in tears. Well, as NVIDIA would have it, that statement still stands today, except it now applies to 2016’s Pascal-based Titan X.

To be sure, NVIDIA did not intend for the newer Titan X to be a consumer or gaming-oriented card, choosing instead to target it at AI researchers and other professionals. However, if you somehow managed to get your hands on one, you’re probably not feeling too good about that decision now.

We’ll make this simple. The GeForce GTX 1080 Ti is faster than the US$1,200 Titan X, and it retails for only US$699, or S$1,188 locally. It is also a rather big performance jump over GeForce GTX 1080, especially considering that this is all within a single generation.

The most appealing part is that there is literally no price premium over the GeForce GTX 1080 (the Founders Edition of that card cost S$1,188 when it first launched as well), so those of you holding out for the -Ti edition card have ample reason to congratulate yourselves.

Moving forward, it’ll also be interesting to see what the GeForce GTX 1080 Ti means for AMD. Vega is meant to make AMD competitive in the high-end graphics space again, just like Ryzen did in the CPU space, and it remains to be seen if the company will be able to match what NVIDIA has done.

Clearly, NVIDIA released the GeForce GTX 1080 Ti at this point in time to pre-empt the upcoming Radeon RX Vega cards, and the ball’s in AMD’s court now. That said, those of you looking to upgrade will probably want to wait and see what Vega offers in order to get a better measure of all your options.

The NVIDIA GeForce GTX 1080 Ti is an excellent card and testament to NVIDIA’s ability to keep outdoing itself. In so many words, here’s to hoping Vega is great as well, or even better. It probably isn’t too much of a stretch to say that it was the looming threat of Vega that prompted NVIDIA to release such a powerful card at such an attractive price, and if Vega shoos AMD back into the game, that can only be good news for us all.