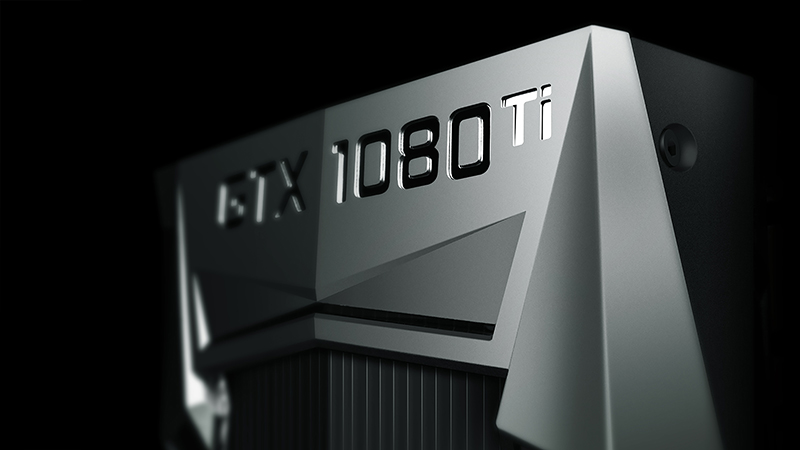 NVIDIA has put AMD on the defensive once again. GDC 2017 lay the ground for yet another battle between the red and green camps, but while AMD only teased the name of its upcoming Radeon RX Vega GPUs, NVIDIA had a card ready to show off to the tech press and developers.

Vega is slated for a release sometime in Q2 2017, and NVIDIA has clearly decided to go on the offensive by launching its new flagship before AMD has a competitive alternative. The GeForce GTX 1080 Ti is NVIDIA’s most aggressive offering yet, with the company claiming an impressive 35 per cent improvement over the GeForce GTX 1080, not to mention performance better than 2016’s Titan X.

To give that some context, the GeForce GTX 1080 was already faster than the Maxwell-based Titan X, which was once regarded as the pinnacle of gaming performance. What this means is that NVIDIA has taken some big strides in just a single generation, and the GeForce GTX 1080 Ti continues in the spirit of bringing ultra-enthusiast performance to a more palatable US$699 price (S$1,188 locally).

To be sure, pretty much everybody knew that the GeForce GTX 1080 Ti was coming, no thanks to multiple leaks. NVIDIA’s -Ti cards have also traditionally been mid-cycle upgrades to existing cards, meant to inject new life into its existing line-up and keep the press chattering while it readies its next-generation GPUs.

However, NVIDIA’s newest Pascal card feels a lot more than just a filler between the 10-series cards and the next generation. This is yet another bold attempt to raise the baseline performance expectation for a given price point, and let’s just say the results in the following pages speak for themselves.

Write a Review
Compare This | Specifications
Excellent performance that beats the Titan X (Pascal)
Over 30% speeder than GeForce GTX 1080
Same price as GeForce GTX 1080 when it launched
Stellar build quality and attractive design
Decent overclocking headroom
Can handle most games at 4K
Still no HBM2 memory
No DVI connector
Our articles may contain affiliate links. If you buy through these links, we may earn a small commission.
Sponsored Links