You know you want this card 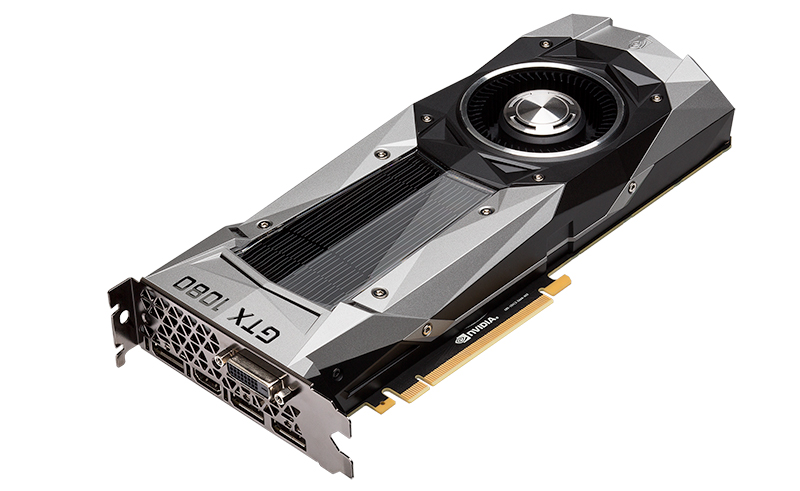 Pascal has landed at last. While 2014 saw the release of NVIDIA’s second-generation Maxwell cards in the form of the NVIDIA GeForce GTX 980 and 970, 2015 was devoid of any new architectures to further improve performance and efficiency. Instead, we had the GeForce GTX Titan X and 980 Ti, cards that served up beastly performance but were still based on the same Maxwell architecture as their lower powered counterparts.

But enough of that already. There’s a new claimant to the tile of most powerful single-GPU card, and that’s none other than the recently announced NVIDIA GeForce GTX 1080. And as it turns out, this is a card with a lot of firsts to its name. Not only is it – alongside the GeForce GTX 1070 – the first to be based on the 16nm FinFET process, it is also the first and only card to feature GDDR5X memory.

Those of you who wanted to see HBM2 on a consumer Pascal card may be disappointed, but GDDR5X does come with its share of improvements over the older GDDR5 standard, which we’ll go into further detail later on.

But perhaps the biggest trump card that NVIDIA is holding on to is the claim that the GeForce GTX 1080 is actually faster than the Titan X, while also costing a lot less. The Titan X was the previous king of graphics performance, but it did cost US$999. So at “just” US$699 for the Founders Edition (or US$599 for cards from add-in board partners), the new GeForce GTX 1080 is shaping up to be a seriously tasty morsel for gamers and enthusiasts. 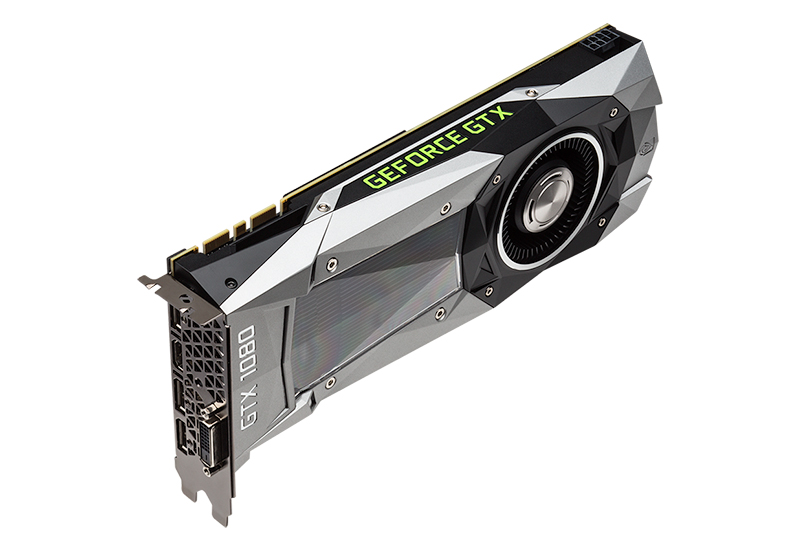 With the new Pascal cards, NVIDIA also introduced for the first time something it called Founders Edition cards (where did the apostrophe go?). This had more than a few of us scratching our heads at first. For one, these looked like regular reference cards, but NVIDIA actually gave the impression that these cards would feature speed-binned chips, in other words, chips that had been cherry picked for the best overclocking potential.

On top of that, there was the very confusing price – while reference cards are usually the cheapest of all the available variants of a certain card, these Founders Edition cards were priced at US$699, a full US$100 more than the US$599 price now being attributed to cards from NVIDIA’s partners. And considering that custom cards from manufacturers like ASUS, MSI, and Gigabyte usually feature bonus features like more powerful custom coolers and factory overclocks, the price difference seemed even more strange.

Was NVIDIA really going to sell a less powerful card for more? Furthermore, just what, if anything, was so special about these newfangled reference-looking cards?

As it turns out, we might have been somewhat misled. We now know that these Founders Edition cards are really just reference cards with a new name. All things “reference” have a slightly boring ring to them, and NVIDIA may have been looking to break out from the perception that its own cards were, well, too vanilla.

There may even be a reason for you to shell out more for a Founders Edition card. As Kyle Bennett of HardOCP noted recently, the cards NVIDIA produced in-house have traditionally being regarded as one of the better specimens of a particular GPU. Ultimately, it looks like you’re coughing up additional cash for two things – the NVIDIA brand, and the assurance that the company behind all these GPUs is including the best components on board for a more reliable experience.

But even if that's true, we can't help but think that NVIDIA is only able to do this because of the lack of competition from AMD. There doesn't seem to be an answer to NVIDIA forthcoming from the red camp, especially in the high-end market, which is what allowed the green giant to flex its pricing muscle.

Either way, consumers lose out. However, Founders Edition cards will be available from NVIDIA’s partners as well, so you’re at least not limited to making a direct purchase from NVIDIA itself if you want one of these.

Is it worth it? Well, it’s all that’s going to be available when the GeForce GTX 1080 launches on 27 May, so you may have no choice if you absolutely cannot wait to get your hands on the card.