In the DirectX 12 benchmark that ran at a 1600p resolution and Crazy settings, the GeForce GTX 1080 was a good 24 percent faster. Once again, the top Pascal card justifies why it commands a US$250 price premium over the GeForce GTX 1070. 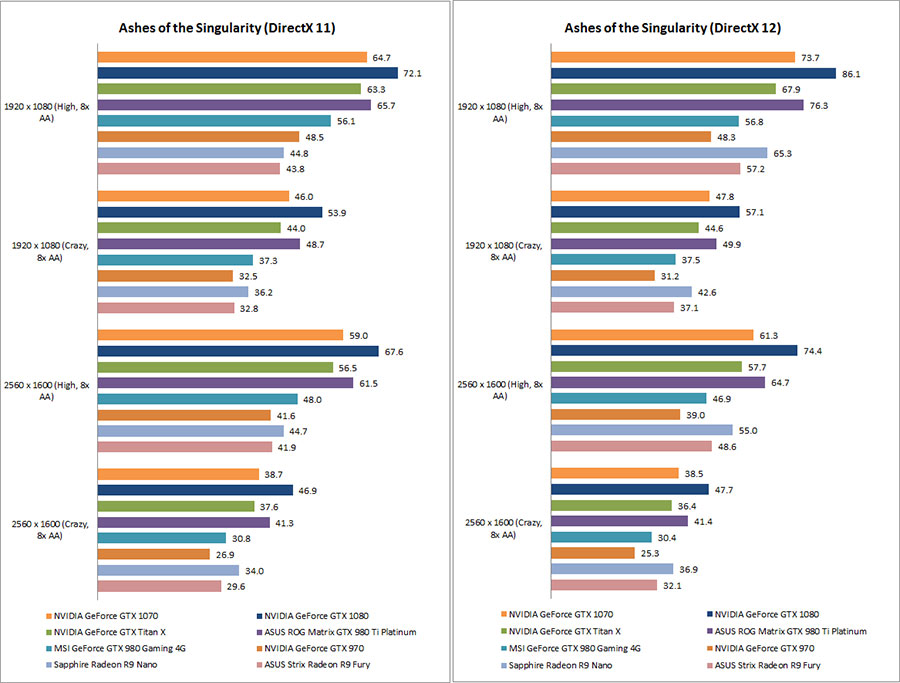 Our results in Hitman mirrored what we observed in Ashes of the Singularity. Although both Pascal cards displayed decreasing gains as the benchmark became more taxing, the GeForce GTX 1080 continued to hold a strong lead over the 1070. At the most demanding settings (1600p, Ultra settings) in DirectX 12 mode, the former card had a hefty 27 percent advantage. 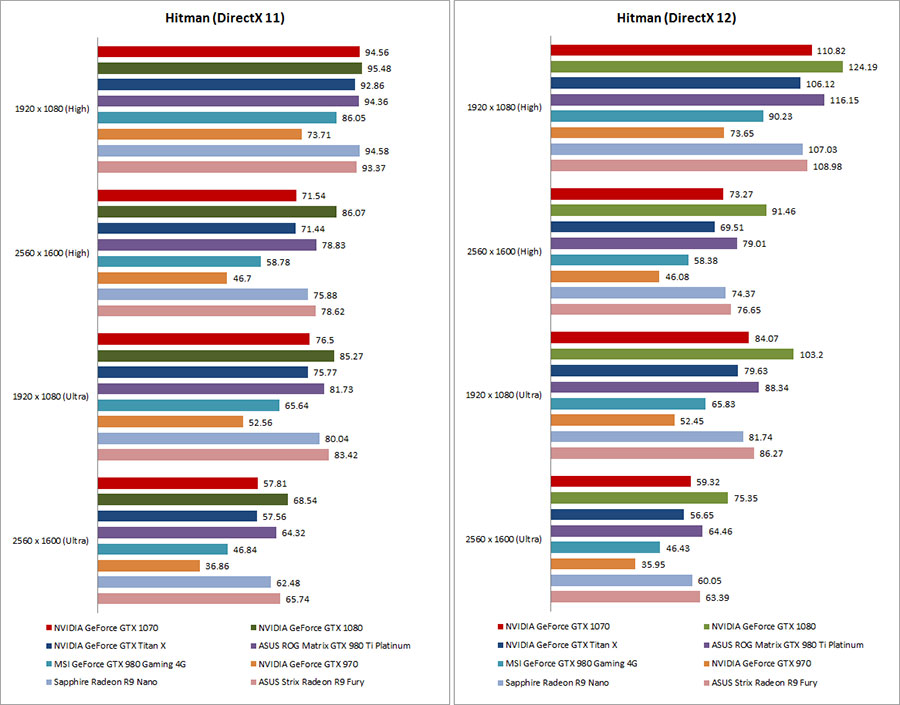 In our temperature and power consumption tests, the GeForce GTX 1070 expectedly ran cooler and consumed less power than the GeForce GTX 1080. However, while it looks like it actually runs quite a bit hotter than the previous generation NVIDIA cards and the AMD Fiji GPUs, do note that these cards all sport sport custom coolers. In fact, it is only the GeForce GTX 1070, 1080, and Titan X that utilize NVIDIA’s reference design and cooler. The NVIDIA GeForce GTX 970 that we tested is actually a Palit GeForce GTX 970 JetStream that has been downclocked to reference speeds. As a result, we expect the 1070’s peak temperature to drop quite a bit once we’ve had the chance to test out some of the cards with aftermarket coolers.

Power consumption figures were more impressive, as the GeForce GTX 1070 consumed less power than the GeForce GTX 970, which it absolutely bats out of the park in terms of performance. We’ve said it before but we’ll say it again. This is truly what happens when you move to a smaller process node. 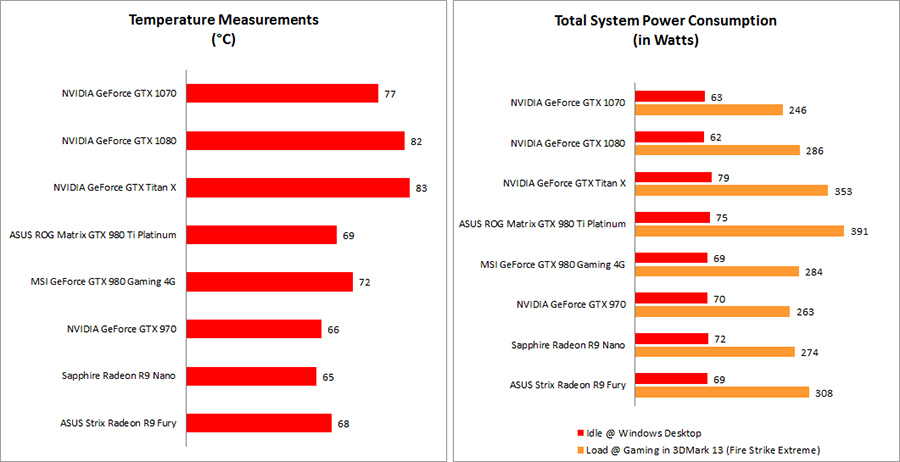 The GeForce GTX 1070 also proved that there’s plenty of overclocking headroom to squeeze out of it. We were able to boost the base clock by 210MHz over the stock speed, and the memory clock by 110MHz. This ultimately meant that the card was able to hit a boost speed of around 2,063MHz while we were running 3DMark, although it was running just under 2,000MHz most of the time and only hit the top speed in the most demanding scenes.

This translated into around a five to 10 percent gain in 3DMark (the GeForce GTX 1080 had similar proportional gains). The biggest benefit was seen in Fire Strike Ultra, so we’d extrapolate and say that you might possibly see the most benefit from overclocking when gaming at 4K resolutions.