Note: We weren’t able to get the game to run in DirectX 12 mode at Crazy settings, which is why those fields have been left blank.

While AMD cards have traditionally excelled in Ashes of the Singularity (AotS) – indeed, the Radeon RX 470 posted as much as a 40 per cent improvement when moving to DirectX 12 – the Radeon RX 460 didn’t seem to be able to capitalize on any of that. Similarly, the GeForce GTX 1050 Ti exhibited similar performance numbers when moving over to DirectX 12. In fact, there was even a slight performance drop, which is disappointing but not unlike what we observed with the GeForce GTX 1060.

Interestingly enough, this was also the game where the GeForce GTX 1050 Ti managed to narrow the gap with the Radeon RX 470 to just a few frames (in DirectX 11 mode). 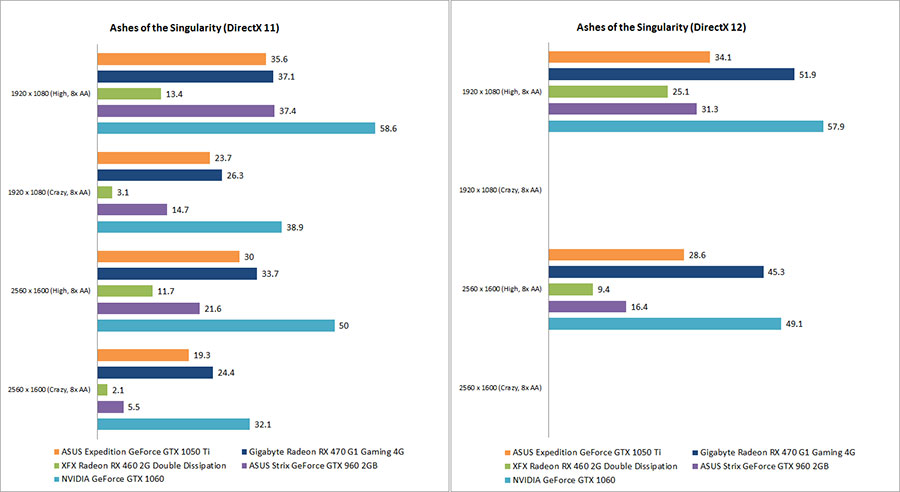 But looking at the raw numbers alone, things are actually looking up for NVIDIA’s newest card. The GeForce GTX 1050 Ti managed to push close to 60fps at 1080p and High settings, which bodes well for NVIDIA’s claims that you’ll be able to run most titles at 60fps at Medium settings. 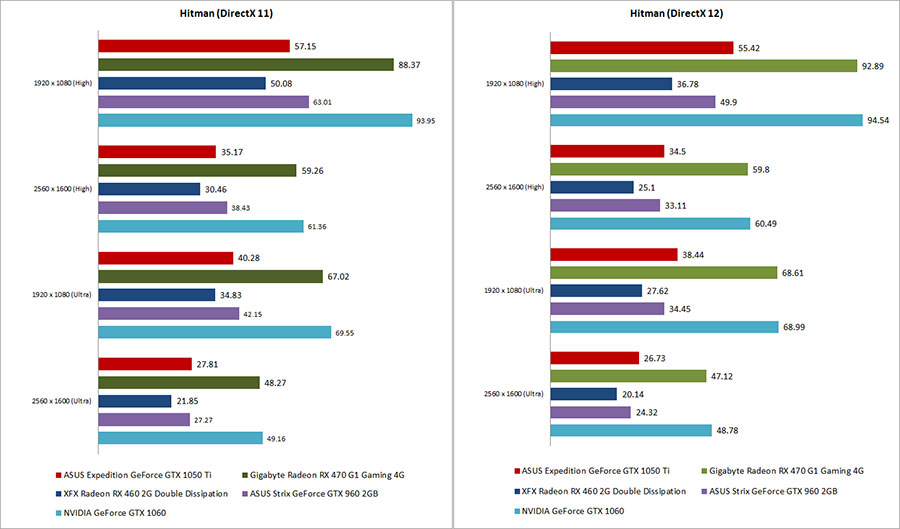 There’s nothing much to remark on when it comes to temperature. While we were surprised to see the GeForce GTX 1050 Ti run hotter than the GeForce GTX 960 and 1060, that cannot be attributed solely to the GPU because of the different coolers in play here. 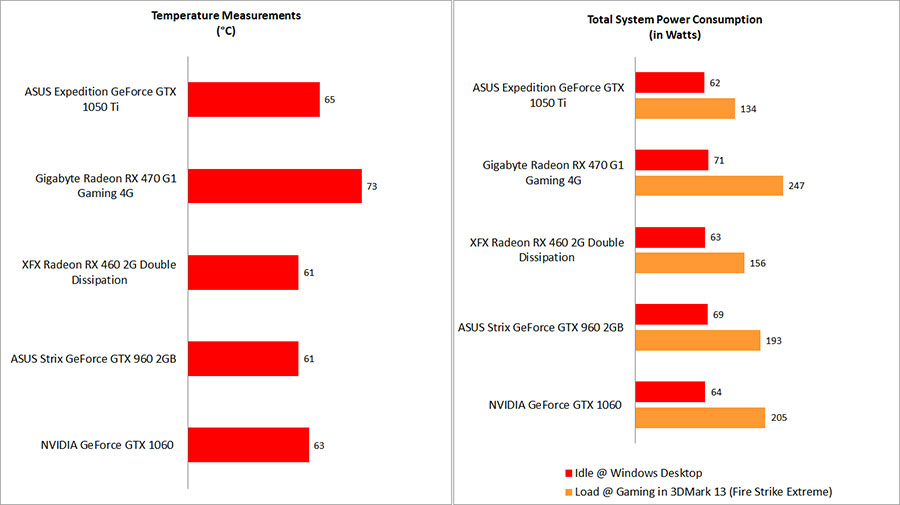 We were actually quite pleased with the card’s overclocking performance. Even though it sits at the bottom of NVIDIA’s Pascal line-up, the GeForce GTX 1050 Ti turned out to be quite a decent overclocker. NVIDIA told us that it managed to hit over 1,900MHz on the card during its own internal testing, and we did manage to come close to that figure.

After boosting the base clock to 1,540MHz, the card was able to hit a top speed of 1,848MHz while under load. This translated into a 7 per cent improvement in performance in 3DMark Fire Strike, a decent jump by most standards. 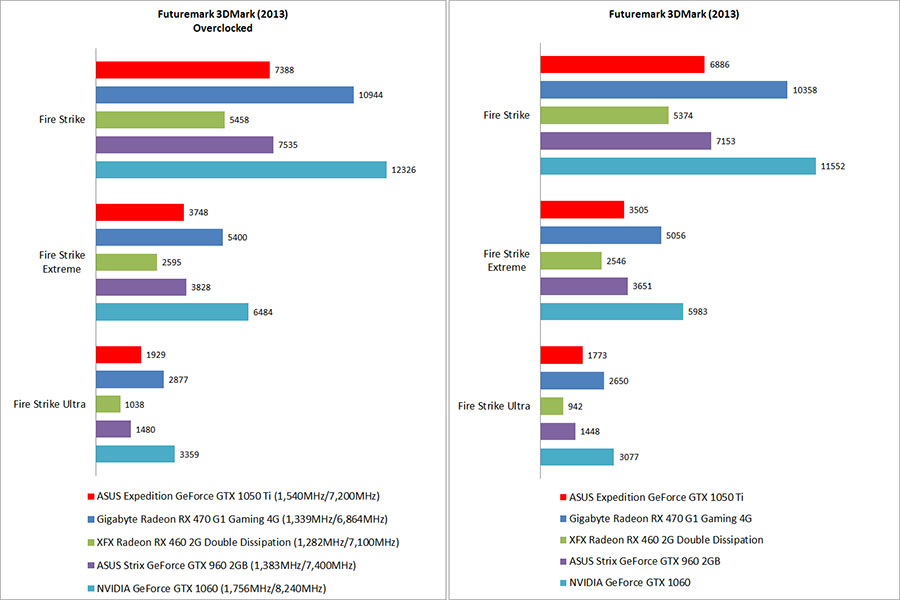 In comparison, the Radeon RX 460 posted just a minuscule 1.5 per cent increase, after we boosted the base clock to 1,282MHz, up from 1,220MHz. That said, the Radeon RX 470 did more respectably. We were able to increase the clock speeds by over 100MHz to 1,339MHz, resulting in approximately a 6 per cent improvement.