A Mixed Bag Of Music. 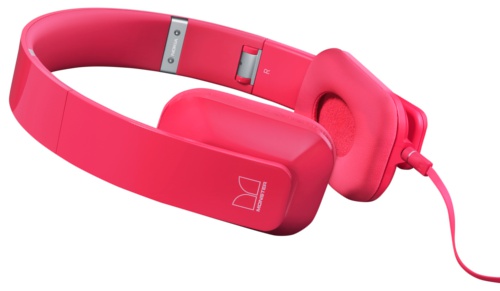 Monster has been on a collaborating binge, working with a host of different partners such as Dr. Dre and Lady Gaga to deliver a variety of audio products. They are now lending their expertise to Nokia with a range of accessories under the Purity banner, with the crown jewel being the Nokia Purity HD Stereo Headset.

In terms of product design, one would unlikely come to that conclusion based on its looks alone. The Purity HD has a mostly plastic build which belies its premium status. When held in the hands, the headset comes off as flimsy and unstable, mostly due to sub-par implementation of the headband adjustment system.

However, there are some positive points for the Purity HD. For example, the headset can be folded and stowed away neatly in a carrying case handily provided as part of the package. Seeing that the device is meant to be used with your phone, the portability is a handy feature. The inclusion of flat cables is a useful design decision that also means you do not have to worry about tangled wires.

Slipping the headphones on, the first thing you’ll notice is the gentle caress of the ear cushions and how lightly the Purity HD rests on your head. The headset weighs in at about 180g and can actually be worn for long periods of time with relative comfort. We also experienced minimal ear heating even after extended use.

Continuing with the upward, redeeming trend, audio performance for the Purity HD is commendable. The headphones are perfect for popular fare and Top 40 hits. With great attention to detail, the nuances of Indie Blue-grass band Mumford & Sons’ track The Cave came to the fore. Similarly, an impressive soundstage made listening to the Foster the People’s brand of electronic dance pop a joy. Attention to detail and crisp delivery of highs is a definite strong suite for these On-Ears.

Like the Beats headsets which Monster has also collaborated on, the Purity HD is proficient with the lower frequencies of the sound spectrum. Deft reproduction of everything from techno, trance, RnB and dubstep cemented this headphone’s credentials as a product more than capable of handling whatever music tracks that are thrown at it.

Overall, the Purity HD comes across as a mixed bag. While its performance is up to the mark as expected from a flagship product, its design, aesthetics and build quality still need some work. Add in the fact that the in-line volume and playback controls are only compatible with Windows Phones devices like the Nokia Lumia 800 and newer series, and you’ll realize that the functionality of the device is severely limited. For a price tag of $330, users expect the product to deliver on every count rather than just excel in one particular area. 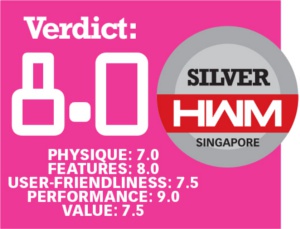