Mango for the Mass Market

With the Lumia 800 leading Nokia's charge against the Apple iPhone 4S and other Android heavyweight devices in the high end market, the duty lies now with the Lumia 710 to take on the mass market. It is not going to be an easy battle either as the Lumia 710 has to face off with other Windows Phone devices such as the HTC Radar and Samsung Omnia W. Is Nokia's suite of apps and features sufficient to differentiate the Lumia 710 from its competitors? Read on to find out: -

The handset itself doesn't weigh much at 125.5g, which is pretty decent for a smartphone. We really liked the matte plastic back of the Nokia Lumia 710. After all, a matte surface means we get a good grip out of the device. Although we had no problems using the mandatory Windows Phone buttons below the 3.7-inch display, it would have been better if the buttons were separated. 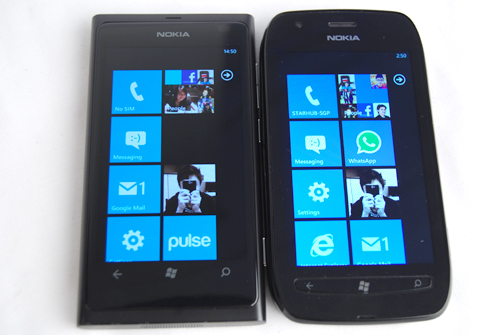 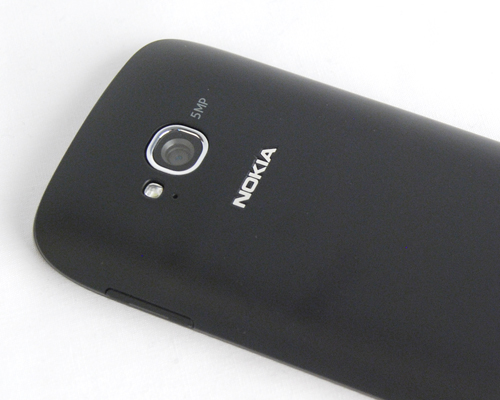 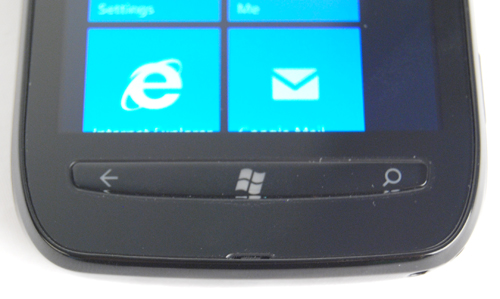 Unlike top-end devices, there's not much subtlety when it comes to the physical buttons on the Lumia 710. The Power button, 3.5mm audio output jack and microUSB port are prominently displayed at the top of the Nokia Lumia 710. On its right profile, you'll find the volume controls and camera button. The left side of the Lumia 710 is mostly bare, save for a small latch for you to grip and remove the battery cover. Yes, the Nokia Lumia 710 comes with a removable battery, and the good news is, you don't need much effort to pry open the battery cover. Once you've unearthed the battery, you'll find a micro SIM card slot. Unfortunately, there is no memory card slot available to increase the storage capacity on the Nokia Lumia 710. 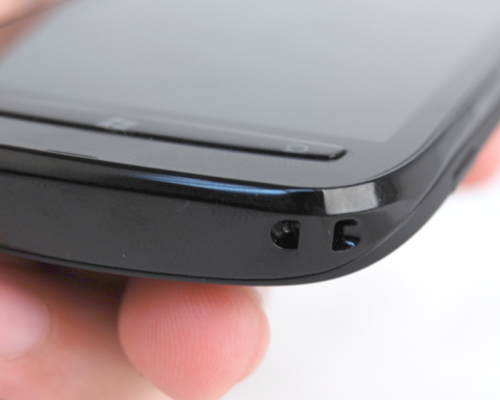 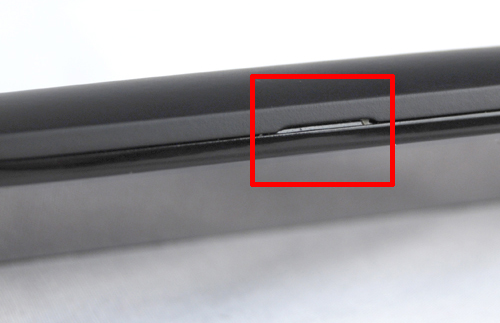 Putting aside the differences in physical attributes, the Nokia Lumia 710 shares a striking similarity with the Lumia 800 - the Microsoft Windows Phone 7.5 Mango operating system that gives the device most of its functionality. If you are interested to find out more about the OS, here are the links to our earlier stories related to Windows Phone 7.5:

So what sets the Lumia 710 apart from the other Windows Phone devices? The answer lies with the integration of Nokia services such as Nokia Drive, Nokia Maps and Nokia Music. As these apps are exclusive to Nokia phones only, the Lumia 710 offers more value when compared to its competition. You can find out more detail about these apps in our review of the Lumia 800.

As a phone targeted at the mainstream consumer, the Lumia 710 comes with only 8GB of onboard storage with no external memory card support to expand storage needs. For consumers who need more than 8GB to store their music and video files, they have SkyDrive to fall back on. Similar to Apple's iCloud service, Microsoft's SkyDrive allows you to store photos, video and other documents in the cloud. SkyDrive's main advantage over Apple iCloud and HTC's partnership with Dropbox is its 25GB free storage space, which is second only to Sony Ericsson (or Sony)'s collaboration with Box to offer Xperia phones with a massive 50GB free storage space.

While Mango symbolizes a great leap forward for the Windows Phone OS, it still lacks some essential features that other competing OSes have such as screen orientation lock, wireless hotspot and folder support. Though screen orientation lock is more of an individual's preference, we feel that it is still an important feature that should be included. The lack of support for wireless hotspot, also known as wireless tethering, puts the Nokia Lumia 710 at a disadvantage against its iOS and Android counterparts.

Live Tiles, a core feature of Windows Phone since launch, is definitely useful when it comes to viewing missed calls, unread messages and access to social updates at a glance without the need to jump from app to app. As mentioned before, it's a great OS to rely upon for pure communications purposes. Having said that, tiles will not be as useful if they represent static apps such as Marketplace, Nokia Drive, Music + Videos and Evernote. With no folder support to group apps together and save some precious real estate space on the home screen, one has to wonder if this is something Microsoft should work on for its future updates.