In many ways, Nokia's new Lumia 1020 is just a Lumia 920 with the camera from an 808 PureView wedged into the back of it. Not that that's a bad thing. Like peanut butter and jam, or bacon with anything, sometimes you can make a better product by combining the right things together. But is there more to the Lumia 1020 than that? Let's find out.

N.B. Our review is based on a U.S. unit, however, it will be identical to the local model (minus the AT&T logo). Exact local availability and pricing has not been announced yet, but the phone is due in Q4 this year.

First, here's a look at the some of the Lumia 1020's Key Highlights: 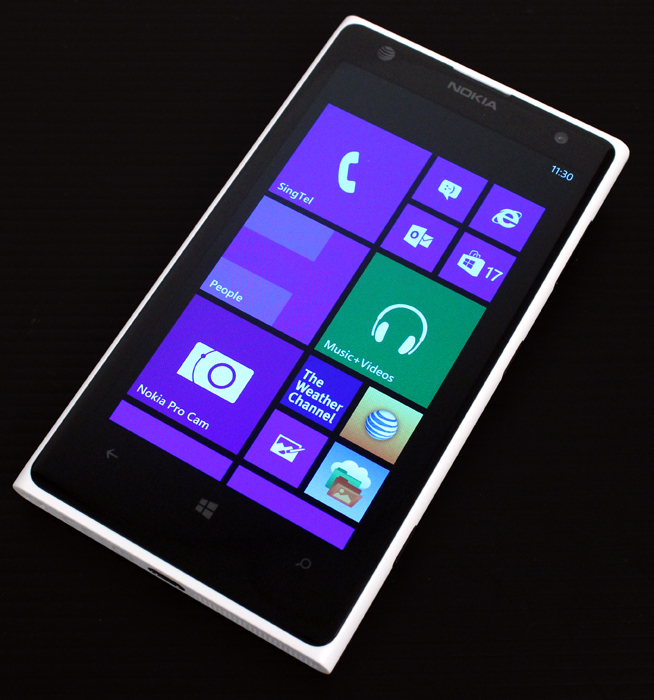 While Nokia tried a monochrome polycarbonate/aluminum combo build for its Lumia 925, the 1020 brings the Lumia range back to its colorful, full polycarbonate roots and is available in white, black or yellow. Each color has a silky smooth matte finish, which is also highly resistant to both fingerprints and smudges (after a few days of testing, even our white review unit remained remarkably clean).

In hand, the phone feels very similar to the 920 with almost identical dimensions and the return of the unabashedly sharp top and bottom edges. On paper, the 1020 is actually 0.3mm thinner, but Nokia doesn't include the 1020's huge camera bump in that particular measurement. The side edges do feel slightly more rounded than the 920, which makes it a bit comfier to hold in hand, and it's also noticeably lighter, weighing some 30g less at 158g.

Having said that, the 1020 is still not what we would call a sleek phone. Compared to other flagship models like Apple's iPhone 5 and Samsung's Galaxy S4, both of which are less than 8mm thin, not to mention ultra thin models like Huawei's 6.8mm P6, the 1020 looks downright chunky in comparison.

As expected from the Lumia range, build quality continues to be top notch, and the phone feels sturdy and solid. 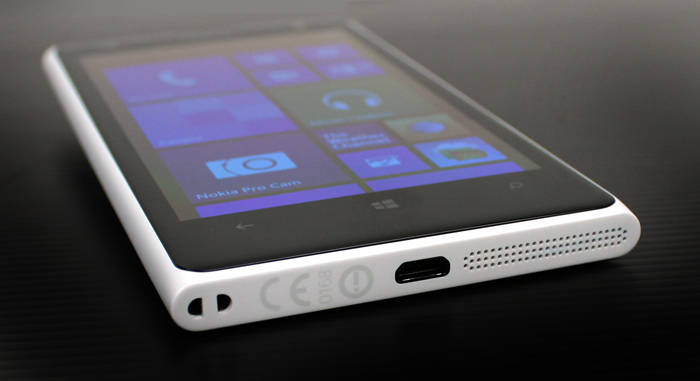 The Lumia 1020 uses the same 4.5-inch, 1280 x 768 pixel resolution, AMOLED display found on the Lumia 925 - an upgrade over the IPS LCD display found on the 920. Colors are very vibrant, with super-deep blacks and superb contrast. In fact, the blacks are so deep, they're virtually indistinguishable from the screen bezel, which makes the display feel a bit more expansive than its 4.5 inches. The screen is also very bright and easily legible even under bright sunlight. Viewing angles are also quite generous. 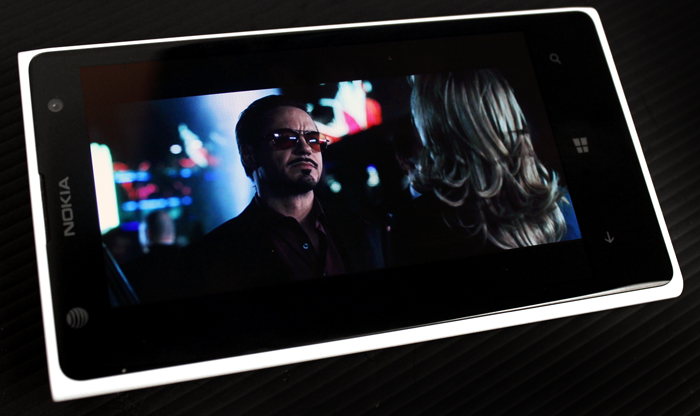 While the display isn't Full HD (Windows Phone 8 still doesn't support it, so you can blame Microsoft for that), its 332 ppi pixel density is more than sufficient and puts it on par with the iPhone 5 (326 ppi) and LG Optimus G (320 ppi) for clarity. Compared to a Full HD display (we put it side by side with a Sony Xperia Z), there is some slight fuzziness if you look very closely at the edges of text, but honestly the difference is negligible in everyday usage.

As with previous Lumia phones, the screen is protected with Corning Gorilla Glass 2, which should help it withstand everyday knocks and drops.

Audio on the Lumia 1020 comes from the smartphone's single speaker, located at the bottom edge of the device. While it's not fantastic - and somewhat lacking in depth - sound quality is passable if you just want to listen to some music or watch a movie, with enough volume to comfortably fill a quiet room.

As the Lumia 1020 uses the same Windows Phone 8 Lumia Amber OS, previously covered in our review of the Lumia 925, so we'll skip this part of the review and head straight onto the 1020's star attraction, it's 41-megapixel PureView rear camera.