Nokia 808 Pureview - The Only 41-Megapixel Belle in Town 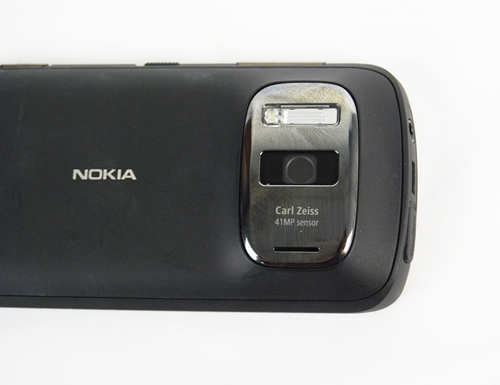 For those who want to get into the technical nitty-gritty, you can head down to our in-depth feature article by our resident camera reviewer, where he elaborates a bit more on what's so special with the PureView's 41-megapixel sensor and how does it work. Otherwise, here's a quick look at the camera's user interface in a video captured during MWC 2012:

We first took a preliminary look at the phone's camera performance and multimedia-centric app, Big Screen, at Nokia's office in Singapore and found that the photos by the PureView are significantly sharper and display lesser noise compared to the HTC One X and the Samsung Galaxy Nexus. This is likewise observed after taking a look at our test shots; details were extremely sharp with less noise; colors were generally well-contrasted with a slight green tinge to it.

Zooming into finer details of our test shot showed that details were still sharp and visible. Overall, the camera capabilities on the PureView are without a doubt, one of the best in the smartphone market. 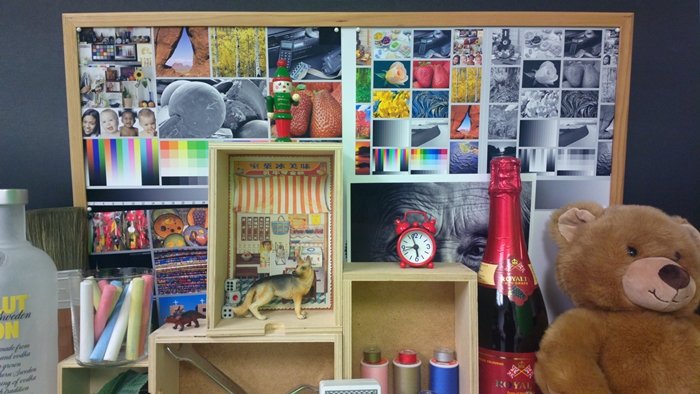 Of course, we're sure you would be interested to know how it fared against other top-notch, high-end smartphones in the market today. Here, we take a close look at the 808 PureView's performance alongside the four phones, Samsung Galaxy S III, HTC One X and iPhone 4S:


The Nokia 808 PureView is the clear winner here, with the iPhone 4S coming at a close second in terms of noise control and details preservation. The iPhone 4S has traditionally been an excellent camera phone so we are not too surprised with the results here; it also shows that you don't really need a 41-megapixel camera to get above-average photos. Colors are warmer on the photo taken by the iPhone 4S, while we would say that the 808 PureView is closer to the Samsung Galaxy S III in terms of color production with a few exceptions: the former's colors are more saturated and contrasted than both the S III and the iPhone 4S.

The HTC One X follows right after, exhibiting good detail and noise control even when cropped. The only downfall is in its over-greenish and cool color reproduction. The smartphone is followed closely by its quad-core rival, the Samsung Galaxy S III. The Galaxy S III is almost on par with the HTC One X, losing out in its detail and noise preservation.

Otherwise, these phones (apart from the Nokia 808 PureView which is in a different league) are sufficiently well-equipped for day-to-day photography needs, such as posting on social media and so forth.

For a more radical comparison, check out our real-world usage comparison between the 41-megapixel Nokia 808 PureView against the 36.3-megapixel Nikon D800 - the results might surprise you.

The Nokia 808 Pureview - where do we start? There are many things we don't quite understand about the 808 PureView and these are also the same things that make it stand out. First of all, we aren't big fans of its bulky form - at 169g and 13.9mm (17.95mm at camera) thick, it certainly stands out over the rest of the slimmer devices in the market. For most consumers, the thinner a mobile device is, the better. In this sense, the Nokia 808 PureView certainly loses out. On the other hand, the smartphone is sturdily-built and feels very solid.

Furthermore, the the Nokia 808 Pureview's hardware specs are nowhere near most of the competitor's top tier smartphones and it's further hampered by its OS choice. Symbian's very miniscule ecosystem (that is, one that lacks variety in terms of photo-editing, social media, communications and social photography apps) isn't enough to complement or enhance a savvy smartphone user's photographic experience.

The 808 PureView is a pretty unique device positioned as a phone with great camera capabilities and frankly, that's all you are going to get compared to the competition. With an official price-tag like S$839 (inclusive of GST), you probably don't want to invest in a phone where its only strong point is its camera. And even if you are planning to, you might want to consider channeling your money into a camera with dedicated features and even better camera performance. There are a couple of considerations across the different types of portable cameras: for point-and-shoot compacts, the Canon IXUS 1100 HS ($529), Canon PowerShot S100 ($699), Olympus XZ-1 ($748) and Canon Powershot G1 X ($999) ; for mirror-less cameras, the Panasonic Lumix DMC-GF5 at ($899, with 14mm lens kit) and Olympus PEN E-PL3 ($998). 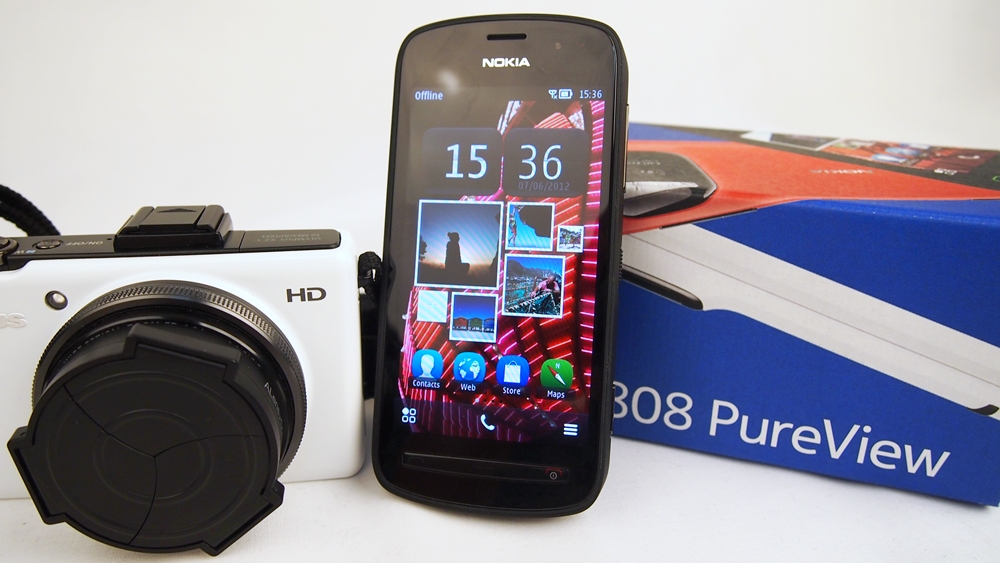 If you are looking for an all-rounded smartphone, there are plenty out there at the same price range to look at. Typically, the iOS- and Android-equipped devices are good to go - some prime examples would be the ones used in the comparison. If you are looking at getting a Windows Phone device, we suggest for you to wait till Windows Phone 8 devices come out later this year.

The Nokia Pureview 808 is a great effort of a convergence device trying to straddle the best of what cameras and smartphones can offer and it succeeds to a certain extent, but it's not by a very convincing margin unless you fit Nokia's target market for users looking for a do-it-all device. Overall, we feel that a better choice for Nokia would have been to swap out its outdated Symbian Belle OS for the Windows Phone platform instead. On the flip-side, Nokia has plans to port the PureView Pro technology unto other devices in the future, although no specific time frame has been mentioned at the moment. Until then, the only PureView-equipped device out in the market now, the 808 PureView, has lesser to offer than both its smartphone and camera counterparts.