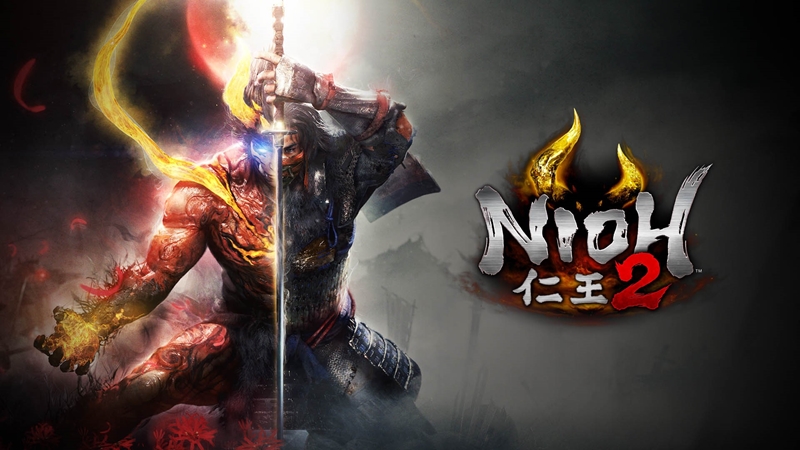 Hey there, fellow gamer. Has this ever happened to you?

1. Is your new game actively trying to kill you at every turn?

2. Have you spent the majority of your playthrough looking at the respawn screen?

3. Are you starting to wonder if death is meant to be part of the fun?

Now, if your answer to any of the above three question was "Yes", we'd like to inform you that there are two possible explanations for it. One, you've probably picked up a Souls-like RPG, such as Nioh 2, or two, you just happen to be really bad at the game. There's no shame in admitting it though.

Putting the jabs aside, there's a lot to be said about Team Ninja's second take on a "deliberately difficult" game, plus how it stacks up to the competition, especially fellow samurai Souls-like Sekiro: Shadows Die Twice. But don't get your knickers in a twist - we'll cross those bridges when we get there. 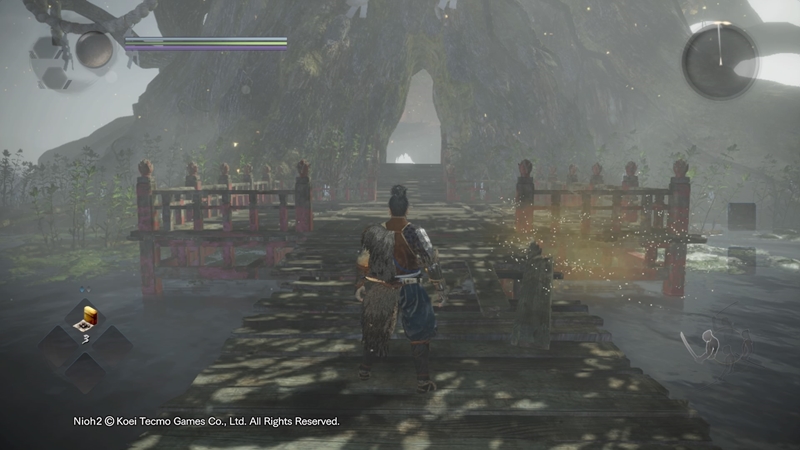 Like all of its controller-smashing "brethren", the main draw of Souls-like games is their unforgiving difficulty to any and all gamers, regardless of whether you're a rookie or a battle-hardened warrior. However, there is a very fine line between being "challenging" and "obnoxiously difficult", and unfortunately I found Nioh 2 doesn't toe this line very well. It often falls toward the latter side of the fence, but even so, it is one of those titles that you can't help but have a begrudging respect for. Essentially, while I feel it does have many good points in both aesthetics and gameplay, what would have been a flawless overall experience is somewhat held back because the game shoots itself in the foot in some respects.

Still, one thing at a time. First, let's have a look at Nioh 2's core offerings.

Reprising the samurai and demonic-inspired themes from its predecessor, Nioh 2 places you into the shoes of a typical, mysterious "lone wolf" character, who makes a living hunting demons and comes from some blessed bloodline...so on and so forth, you know the drill. Frankly, the plot in general is rather cliche, although it is somewhat mitigated by the game's excellent cinematic sequences. I especially like that certain parts of it are done in the traditional Japanese "okami" style instead of regular modern cinematics, and it helps to bring a certain degree of authenticity to the experience. 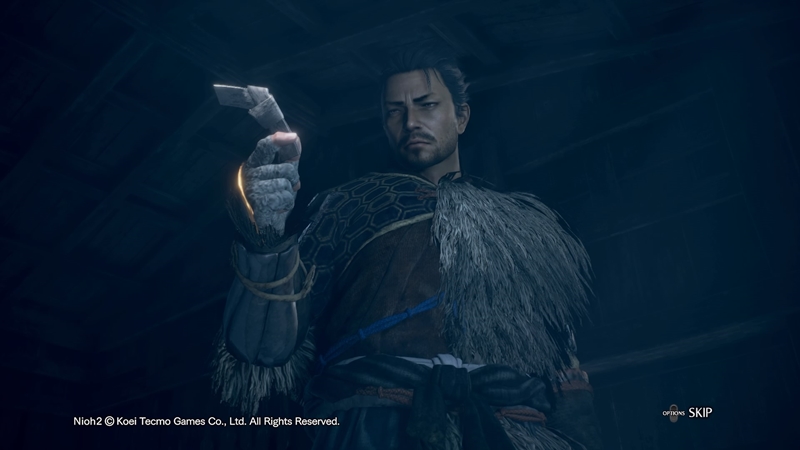 The demonic "parts" of the game are beautifully done too, and when you're in your demon, or Yokai form, your attacks are flashy and just feel oh-so-good when they connect. On top of that, each Guardian Spirit also features a different style and aesthetic formula, which adds more points to the "swag" factor. For example, I went with the fish-inspired "dark phantasm" spirit, which turns you into some spooky, floating demon when you engage your Yokai Shift.

Elsewhere, the aesthetics are quite on par with those of its closest competitor, although I felt there was a difference in the "impact", so to speak. 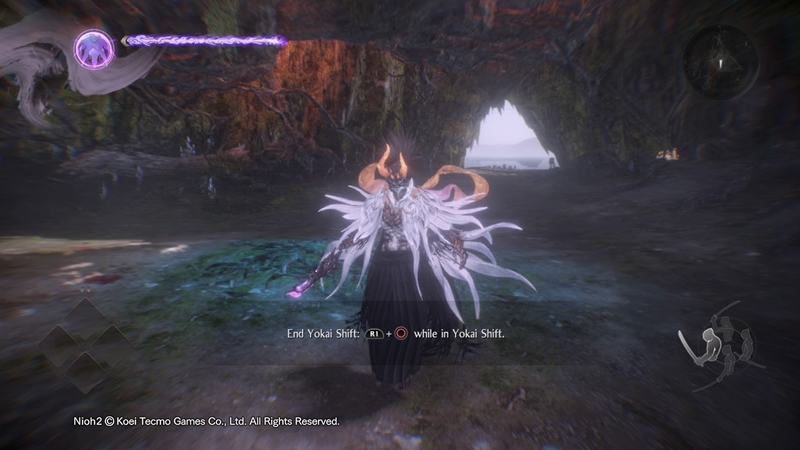 What do I mean? Well, part of what made Sekiro so entertaining despite the constant dying was how satisfying getting a kill was. The deathblow portion was not only brutal, but it sounded like it too and that kind of makes you want to move on and get the next one. However, the deathblows in Nioh 2 both look and sound less...painful, if you catch my drift.

Apart from fighting (and dying) continuously, Nioh 2's other aspects resemble a conventional RPG title, with weapons, equipment, stat boosts and other consumables that can either be found through exploration or purchased from the bonfire-style checkpoints. Honestly, there's not really much to discuss here, so we'll just skip ahead to the main bit.

It's time to pick a fight 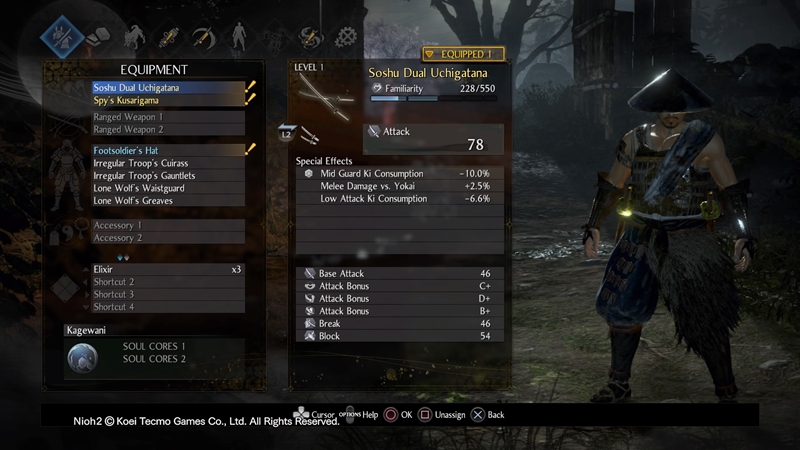 Conceptually, the fighting itself is a lot more complex than most RPGs I've played, which is probably par for the course considering it's a Souls-like. Personally, it's around the same level as the first Witcher game (which I had zero patience for), featuring various stances and all that, but taken up several notches. Now, as a (filthy) casual who picks up a game just expecting to have a good time, it was rather daunting to wrap my head around the strengths and weaknesses of each stance, but I could definitely see the beauty of it.

After all, there was a certain gracefulness to switching stances in the heat of battle and getting your attacks right. And when coupled with the various martial arts styles available, let's just say it makes for some really satisfying moments. Now, the latter bit is arguably what I liked the most about Nioh 2 as compared to Sekiro, and that's the variety.

Unlike From Software's take, where the player mostly relies on his sword, Nioh 2 features around eight different weapon types, which the player will come across from treasure chests or by beating opponents. These include regular weapons like swords and spears, but it also features more unorthodox killing instruments like the Japanese kusarigama, which is a two-ended rope with a small scythe on one end and a weight on the other. But where it really gets good is when you explore the various heavy and light attacks that are available - each weapon has 6 different basic attack variations, one light and one heavy for each of the three Stances. Meshing all of those together and demolishing your opponents - heh, there's something for you to write home about. 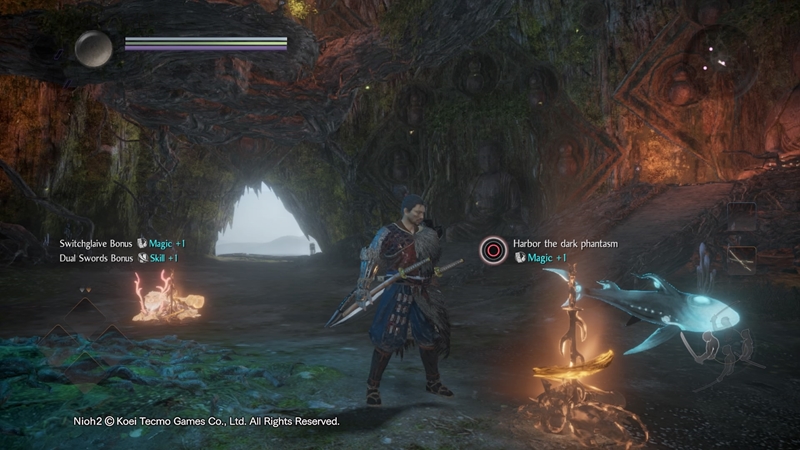 That's all well and good, but that's assuming you did manage to attack in the first place. Souls-like titles don't encourage you to run in screaming like a barbarian, but it shouldn't make attacking downright impossible either. Next, let's see where the game starts to kick itself in the shins.

Write a Review
Amazing aesthetics, both in gameplay and cinematics
Lots of variety in terms of weapons
The combat itself is pretty satisfying
Tries a little too hard to differentiate itself in some areas
Ki mechanic can be a real headache to manage
Plot is cliche like there's no tomorrow
Sponsored Links