Metroid Dread brings Samus back for another addictive sci-fi adventure

Metroid Dread brings Samus back for another addictive sci-fi adventure 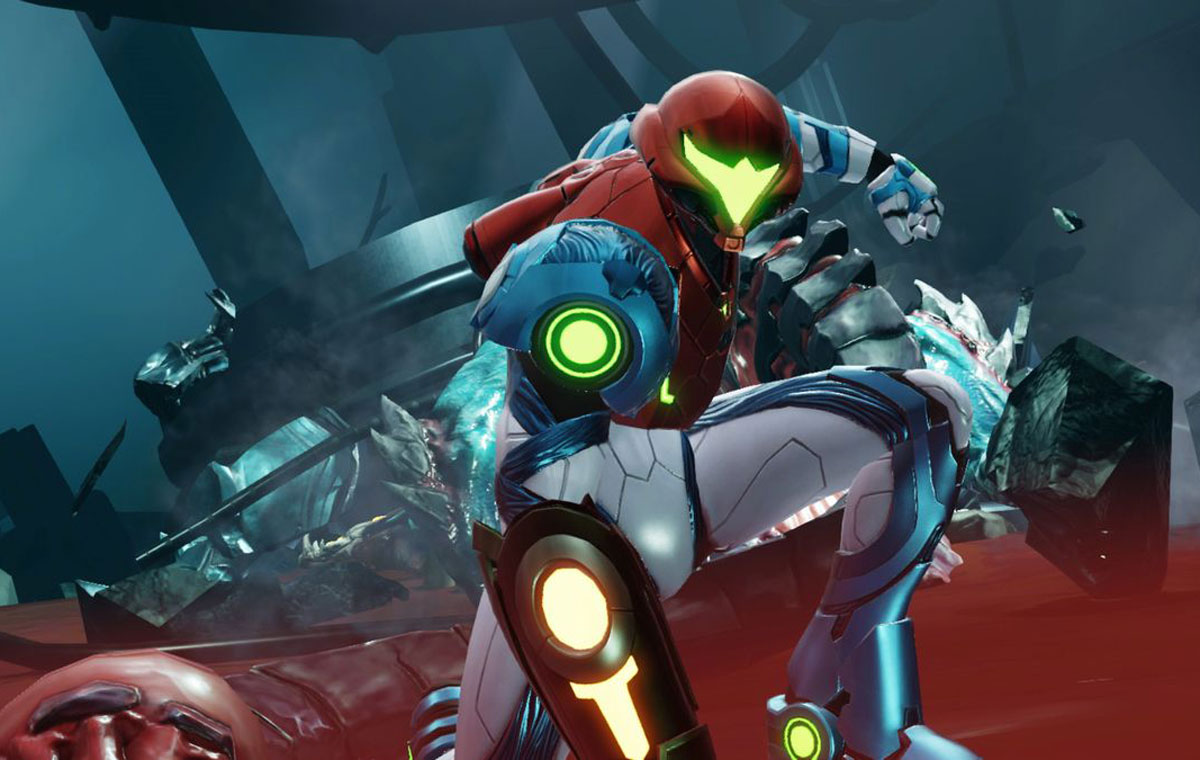 In space, no one can hear you Morph Ball.

Metroid Dread has a fascinating history. Originally conceived as a sequel to 2002’s Metroid Fusion for the Nintendo DS, Metroid Dread went through two separate attempted development cycles before a playable demo was revealed at E3 2009. Both times, development fell through because the technology just wasn’t there to bring the game up to par with its vision. The game disappeared soon after that E3 showing, thought to be canceled, becoming the subject of intense rumours for many years.

And then, seemingly out of nowhere, Nintendo pops up at E3 2021 and reveals the next game in the Metroid franchise: Metroid Dread! This would be the first new 2D Metroid game in almost 20 years (unless you count the Metroid 2 remake, Metroid: Samus Returns). Not only has Nintendo revived a legendary project thought to be lost to time, but it’s finally bringing Samus’ saga to a close after decades of storytelling.

So the question is obvious: does Metroid Dread live up to all this hype? 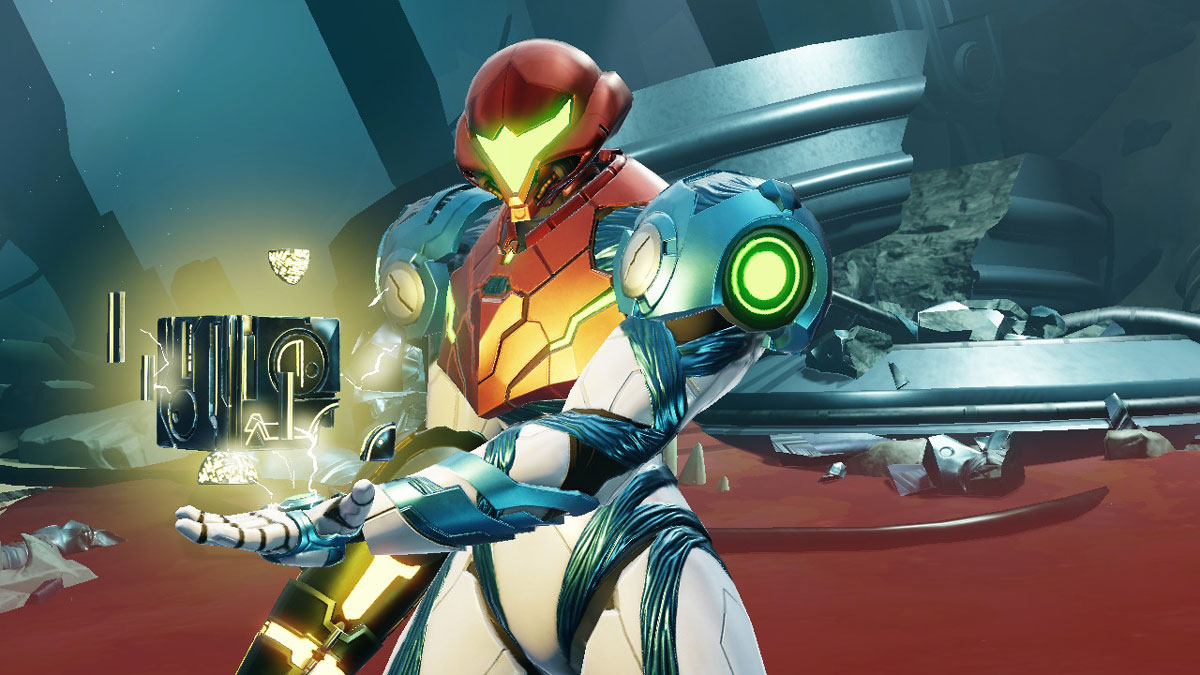 Metroid Dread serves up a handy little recap of Samus Aran’s last few adventures at the start of the game, meaning that new players shouldn’t have much trouble getting caught up. Samus finds herself in a hostile alien planet called ZDR, sent to investigate the reappearance of a dangerous parasite long thought to be dead. When she arrives in ZDR, she realises that E.M.M.I. robots sent to the planet by her interstellar bosses have begun to malfunction. Now, they all want to kill her.

The E.M.M.I. act as this game’s big sell - unkillable creatures who chase after Samus relentlessly, and kill her upon contact unless you manage to act within a ridiculously tiny parry window. Metroid Dread earns its name on these creatures alone, because the moment you enter one of the misty, laboratory-white rooms where they reside and hear faraway beeping - your heart can’t help but beat a little faster. Defeating these creatures requires finding an Omega Blaster upgrade, and those things are good for just one charge and usually out of reach.

The story unfolds with Samus dodging these E.M.M.I.s, fighting bosses and learning more about her surroundings via the only ally she has in ZDR: an AI called Adam. Don’t expect a grand sci-fi story that ends Samus’ journey with an emotional wallop, however. Metroid Dread emphasises gameplay first, and most of the story is told through its environments instead - from bosses locked up in chains to the mysterious presence of the E.M.M.I.s. If you’re jumping into this for the story alone, you’ll be sadly disappointed. For big chunks of the game, there is nothing more compelling to drive you forward than ‘unlock that door’ or ‘defeat that E.M.M.I.’ objective types. 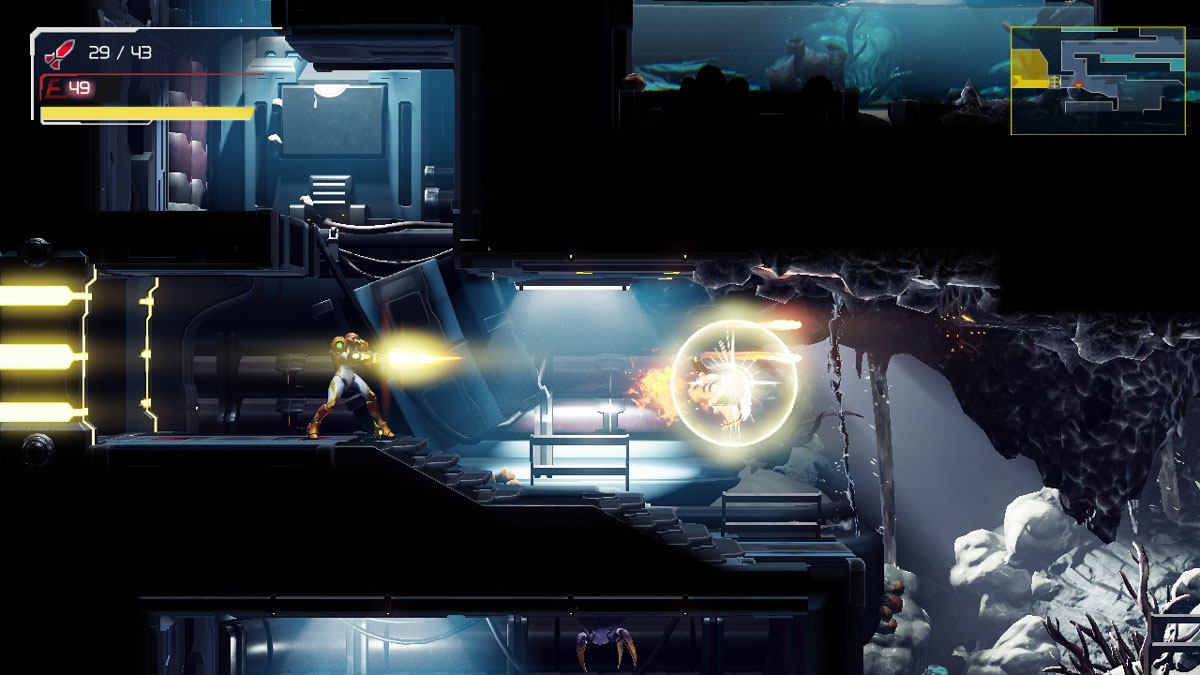 Metroidvania games got their name from this franchise for a reason, and this game continues that iconic gameplay loop with some interesting new twists. As you progress through the game, you’ll find yourself unlocking doors to other areas in the world with new and more powerful enemies. You’ll run into dead ends more than once, but getting stuck somewhere in Metroid Dread just means that it’s time to find another path forward. This path will almost always take you back to places you’ve been to before, except now Samus has the ability to blow up walls or otherwise unlock areas previously closed off to her.

Exploration is key, and the game really rewards you for not trying to speedrun the entire story on your very first try. The more you investigate areas for secret items or go off the beaten path, the better prepared Samus becomes for more difficult enemies lying in wait for her. Make no mistake: this is a very difficult game. You will die quite a bit, but that’s just a part of the process. Each death teaches you something, whether it’s the right way to counter enemies or just that Samus should avoid being in extreme temperatures for too long. 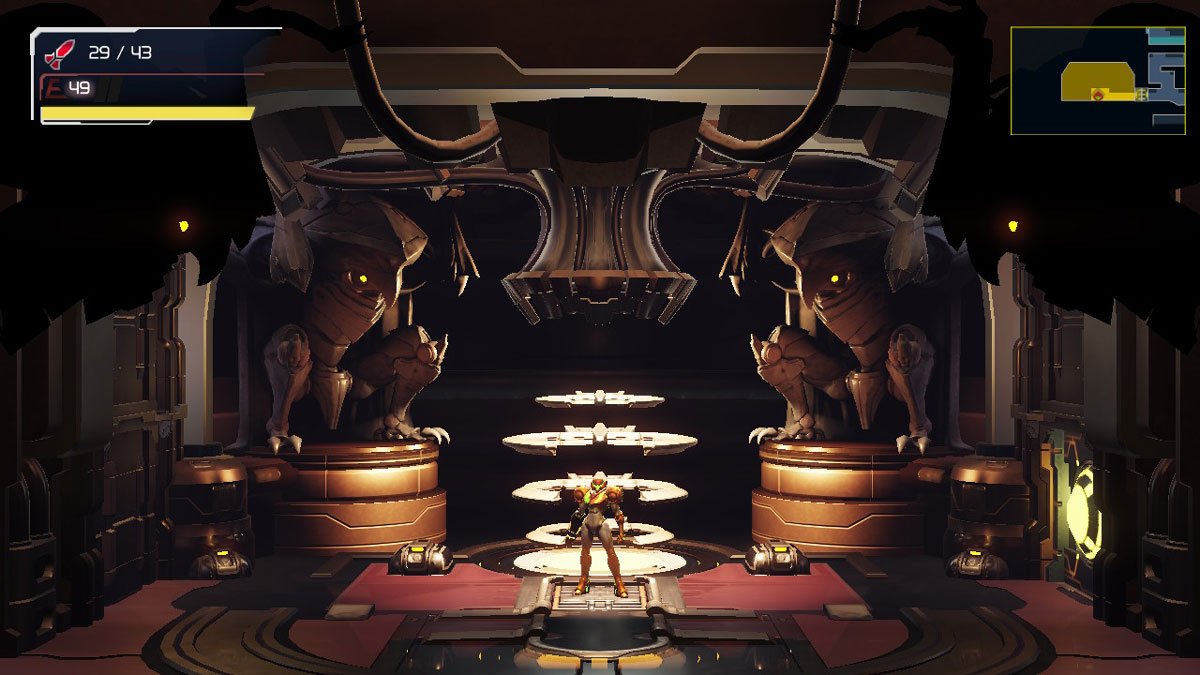 Metroid Dread takes the ‘show don’t tell’ approach in its gameplay, which is greatly appreciated. Critical upgrades like the Morph Ball are tutorialised, but you’re left in the dark for everything else - when should you parry a certain enemy? What are those weird red veins in the walls? How do you defeat this boss? Finding the right way forward is no easy task, which makes it all the more satisfying when you solve a puzzle, figure out an enemy weakness or take down a boss all on your own.

It’s never too difficult to find the right way forward, however. Intelligent level design keeps you moving constantly, bouncing from one area to the next as you make new discoveries and become more confident in traversal. Eventually, you’ll return to old areas with strong enemies who once intimidated you - only to breeze past them with ease, having grown used to their attack patterns and parry windows. Metroid Dread is all about learning. Learning about your surroundings, learning about your enemies and learning about your abilities. Nothing stays impossible for too long.

What kind of name is ZDR anyway? 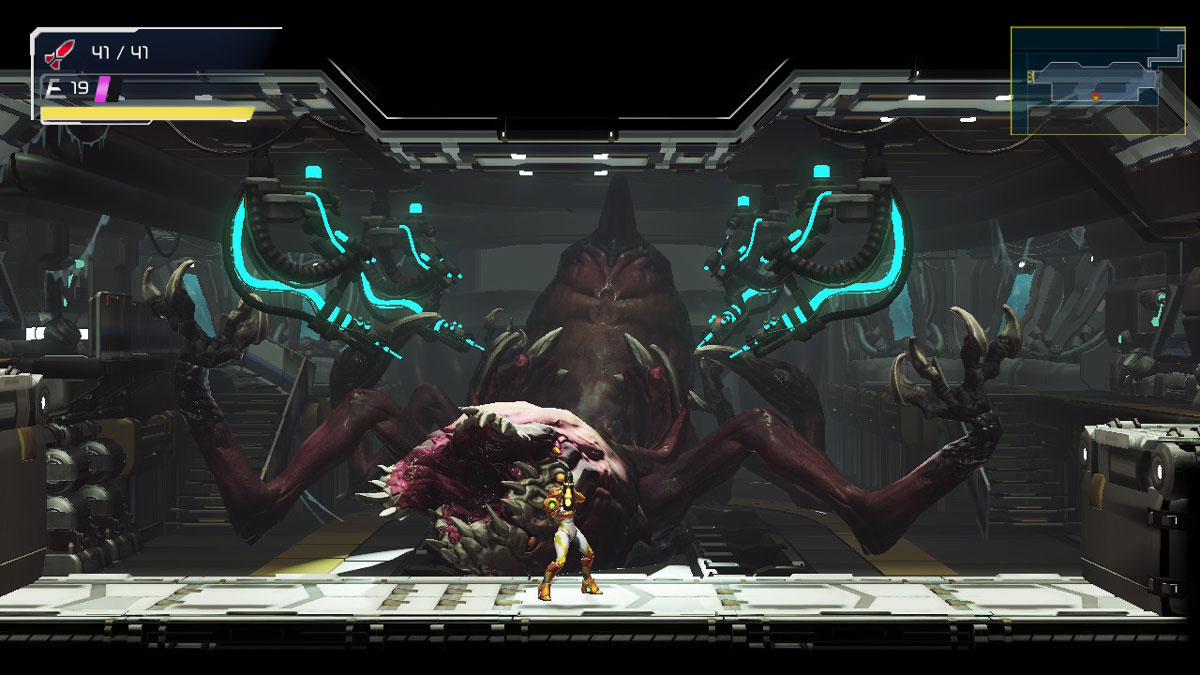 While Samus Aran continues to be her usual badass self in the face of massive beasts and robotic killers alike, Metroid Dread does its absolute best to put the player on edge at every turn. Developer MercurySteam has nailed the atmosphere of exploring an alien planet brimming with threats, with immersive sound design and 2D environments full of life. You might enter a new room for example, and see unrecognisable monsters skitter away in the background. Aside from the visual cues of mist and yellow sonar, you know an E.M.M.I. is closing in on you when their signature beeps get louder and louder.

That being said, I do wish this game swung a little higher on these visuals. Machines like the E.M.M.I. and their surgical white rooms are utterly generic sci-fi fare, especially compared to the game’s stellar creature design in most of its biomes. To draw a comparison with another sci-fi game about exploring alien planets, Returnal did a far better job taking players through different worlds separated by distinct and creative visual elements. The E.M.M.I.s skate by on their scare factor alone, but are strangely uninspired as the game's central gimmick.

Combat in Metroid Dread is fantastic, though it can get frustrating if you’re not properly making use of Samus’ counter and parry attacks. Samus has more equipment under her belt than ever, giving you plenty of options to navigate dangerous areas. If your health is low for example, you might choose to tuck those missiles away and instead turn invisible to stealthily avoid enemies. When E.M.M.I.s spot you, and rest assured that they will constantly, you can Morph Ball into tiny nooks or use the Spider Magnet to climb up walls quickly to evade them. Keeping track of all your abilities might be tough at first, but with practice, Samus is unstoppable. Metroid Dread is a fitting return for Samus after a 19-year absence, providing fans all the addictive thrills and polished level design they’ve come to love about the franchise. The E.M.M.I.s are a welcome addition, adding to the suspenseful atmosphere of this strange new planet Samus has been sent to investigate. The bossfights are absolutely fantastic and while combat can be brutally punishing, it never feels unfair. While I do wish the game had more interesting visuals to match its unique setting, Metroid Dread was an experience I couldn’t get enough of - and I really hope it doesn’t mark the end of Samus’ 2D adventures.

Write a Review
Compare This | Specifications
Suspenseful atmosphere
EMMIs are spooky
Great bosses and combat
Good level design
Story might be hard to get into for newcomers
Enemies look pretty generic
Locations aren't as creative as they could be
Our articles may contain affiliate links. If you buy through these links, we may earn a small commission.
Sponsored Links