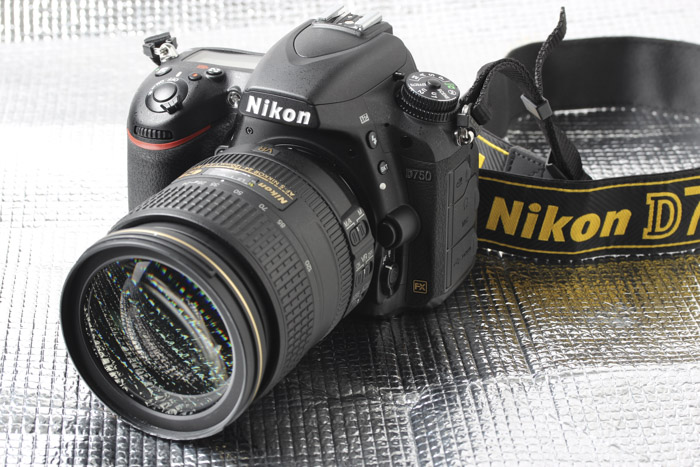 We’ll be honest: when the Nikon D750 was first announced, we didn’t quite know what to make of it. It was too soon to be a replacement for the Nikon D610 or the just-released Nikon D810, and yet not quite powerful enough to be a new top of the line model. No particular feature stood out individually, yet it seemed that the camera would be very capable in almost every aspect just based on the specs.

And what do we get with the D750? It’s not quite a professional model in the strictest sense, yet the combination of features means it can more than handle anything an enthusiast could throw at it and more, meaning it could quite easily be used for professional shoots. It’s also priced at a very reasonable S$3079, which in a sense, reminds us very much of the Nikon D700, which was just about within the reach of serious enthusiasts, yet more than capable enough to be a professional’s second camera.

We were recently sent on a media trip to Nikon’s Ayutthaya factory - getting a chance to see the rigorous testing done during the assembly process for the D750 while we were there - and we must say we were duly impressed. On top of that, we were given review units to use for the entire trip, and so had a chance to try out the D750 for ourselves. Our conclusion? The D750 truly is the successor to the D700 in more ways than one.

As we’ve mentioned in our first looks article here, the first impression you get when handling the D750 is how light it is. Nikon’s new monocoque structure body design eliminates the rear body panel, and the use of a carbon fiber composite for the front body and cover adds to the weight savings, making it Nikon’s lightest full-frame camera to date at just 840g (inclusive of battery and memory card).

The camera fits nicely in your hand, and while the body is smaller than even the D610 before it, we felt that there was still enough of a grip on the right of the camera for us to handle the camera comfortably. Overall, the layout of the D750 is very much the same one that we saw on the D610, with the "info" button moved above the directional pad and the "i" button moved to the rear. Like the D610, the lock button for the drive dial is on the rear, which we feel doesn’t make it easy to depress when you’re holding the camera up to your face - we much prefer it in front of the dial, as it is with the D800/D800E and the D810. 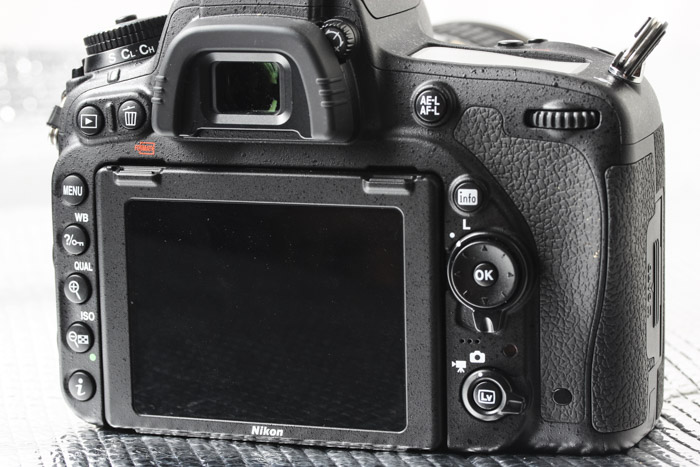 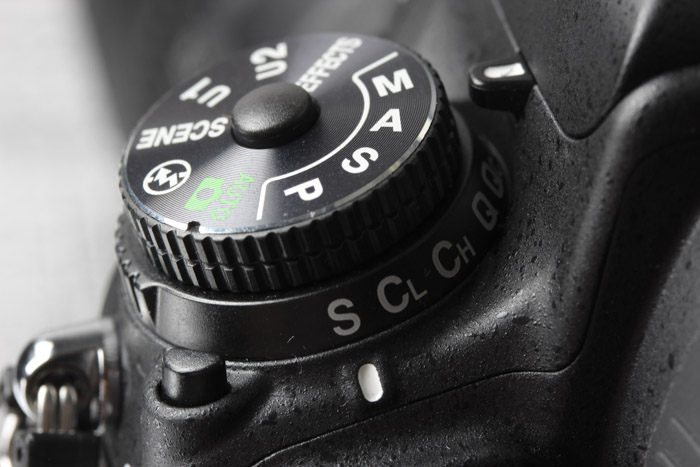 That said, everything remains easily accessible, and with the inclusion of the "i" menu, should mean you won’t need to do much menu diving to change your settings, which is always a good thing. Also nice, is the inclusion of a tilting LCD screen - the first on a full-frame Nikon DSLR. This simply adds to the usability of the camera, especially if you find yourself shooting photos/video at awkward angles. The screen tilts up to approximately 90 degrees and down to 75 degrees, so you can have the camera above or under you and still see everything that’s going on. 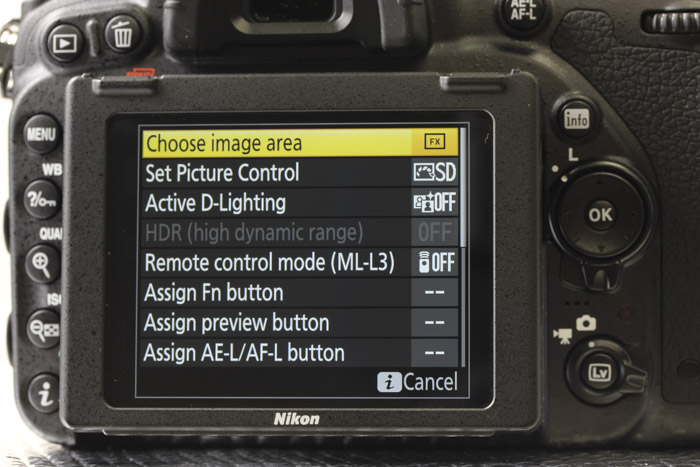 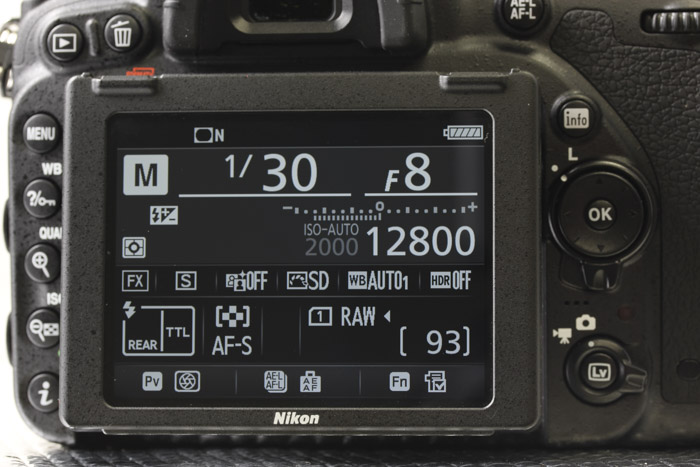 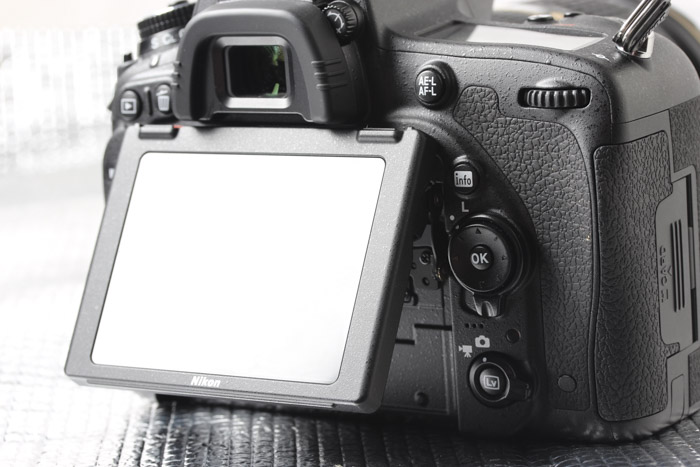 There’s even Wi-Fi capabilities built-in - a first for Nikon's full-frame cameras - though we must note that the companion app from Nikon leaves quite a bit to be desired, as there is no way for you to adjust any of the controls on the camera, so it acts as nothing more than a remote trigger that also allows you to transfer images to your smart device. That’s quite a missed opportunity, as there will always be an occasion where a photographer can benefit from being able to react to the changing situations in front of his camera while not having to physically be with it. 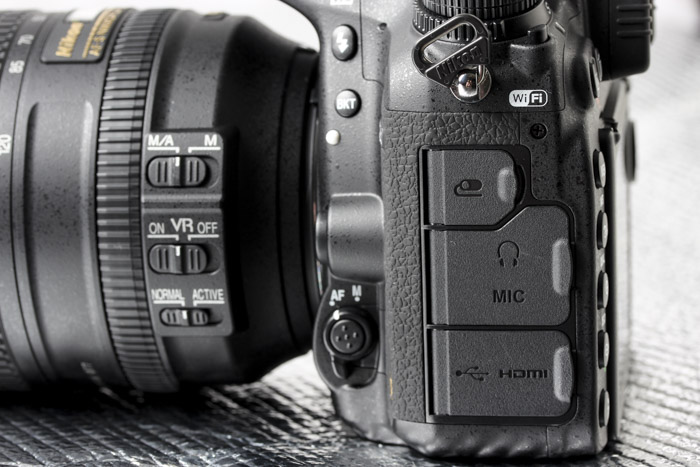 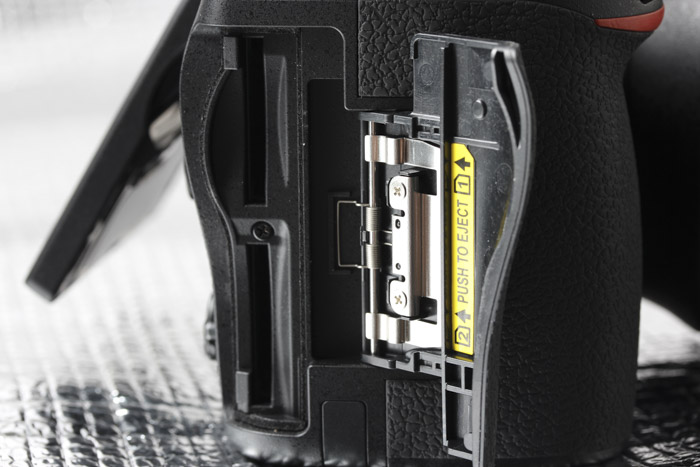 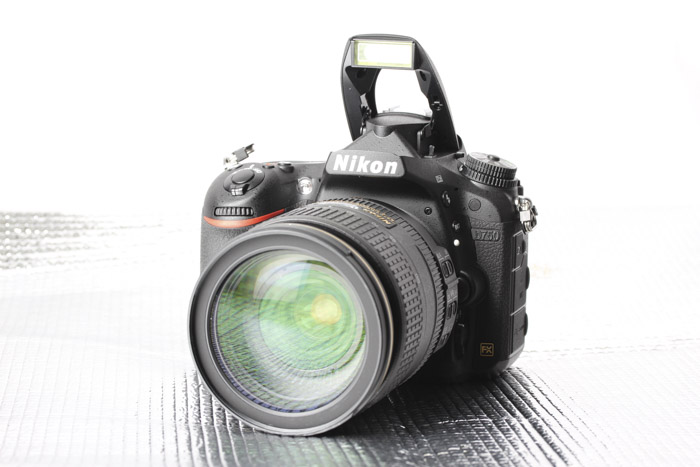 Write a Review
Compare This | Specifications
Great battery life
Lighter weight
Good dynamic range on images
Built-in Wi-Fi
Now comes with titltable LCD
Snappy autofocus, works down to -3EV
Simplified handling means some minor compromises with layout of buttons
Top shutter speed is only 1/4000s
Live View can be speedier
Our articles may contain affiliate links. If you buy through these links, we may earn a small commission.
Sponsored Links