Taking pictures with the D750 was a breeze. The camera responds quickly, and we do like the Auto-ISO implementation, which allows you to set the threshold at which Auto-ISO kicks in. It’s also very easy to activate, needing just a press of a button and a turn of a control dial. Colors are rich and vibrant, and the white balance is generally accurate, though there’s also an Extended Picture Control feature built-in that lets you choose from a range of presets that you can fine-tune in incremental steps.

The shutter is again made of a Kevlar/Carbon-fiber composite which is much more discrete than the D800, going off with much less noise. Less mirror slap and a lighter body overall means that the D750 is probably one of the easiest full-frame cameras to use handheld, and even images taken at 1/20s at 112mm with the AF-S Nikkor 24-120 f/4 G ED VR lens (with VR engaged) were perfectly acceptable.

One thing of note though, is that unlike the D810's 36-megapixel sensor, the D750’s newly developed 24.3-megapixel CMOS sensor includes an AA-filter, so you won’t get the critical sharpness of the D800E/D810, but that alone shouldn’t put you off, as you do gain the improved smarts that Nikon introduced with the D810, like highlight-weighted metering and Group Area AF mode. What’s more, the smaller files make for a faster camera overall (other factors like image processor and buffer size being constant), which again lends to the idea of the D750 being suitable for professional use (a 24MP sensor can still capture plenty of details to satisfy this group of users).

Also, the D750 sports a brand new autofocus module - the 51-point Multi-CAM 3500 FX II AF system, which is supposed to be even more sensitive than the unit used in the D810, being rated down to -3EV. The autofocus points are grouped closer together though, and Nikon explains that the smaller body of the D750 meant that a smaller pentaprism had to be used and hence the distance between the AF sensor had to be adjusted to compensate. In real-world terms, it just means that the entire AF area occupies about 85~90% of what it does on the D810, and you probably won’t notice it unless you’ve been using a D800 series camera for a long time.

Indeed, we were never bothered by the tighter grouping of the AF points, and we must say the new AF system works very well, even on the days where the sky was overcast and we were out shooting in less than ideal conditions on the streets of Bangkok, the D750 picked up focus quickly and accurately. Testing out the highlight-weighted exposure mode proved that it does work well in all but the most extreme of cases, and that the D750 is capable of some astonishing shadow recovery!

The D750’s continuous drive does a more-than-respectable continuous frame rate of 6.5 frames per second on the continuous-high setting, and while it shares the same megapixel count as the D610, it has the same Expeed 4 Image processing engine as the D810, which means while you lose a little on resolution, you gain a fair bit in terms of image quality. This is something that is especially evident when you look at the images taken at high ISOs. We do have to make another mention of the new AF system here; as the 3D focus tracking and auto-area AF (with face detection) worked well in the instances that we tried it, taking full advantage of the 91,000-pixel RGB metering sensor used in the D810 and D4S.

On the whole, we’d say that unless you’re doing extreme photography like motor sports or capture fast moving wildlife where you might need shutter speeds speedier than 1/4000 of a second, or if you’re working with applications that require maximum resolution (like commercial photography for example), the D750 will produce images that more than fit your requirements.

On the video front, the D750 gains the same video capabilities as the D810, with 1080/60p resolution capture, built-in stereo recording, zebra display for checking highlights, and the new "Flat" picture control mode, which preserves color information best for video. There’s also power aperture for video, and you can enable Auto ISO for video too, which can be infinitely handy as that means your camera will react to the changes in exposure while not making much visible change to the recording (as shutter and aperture can remain untouched). 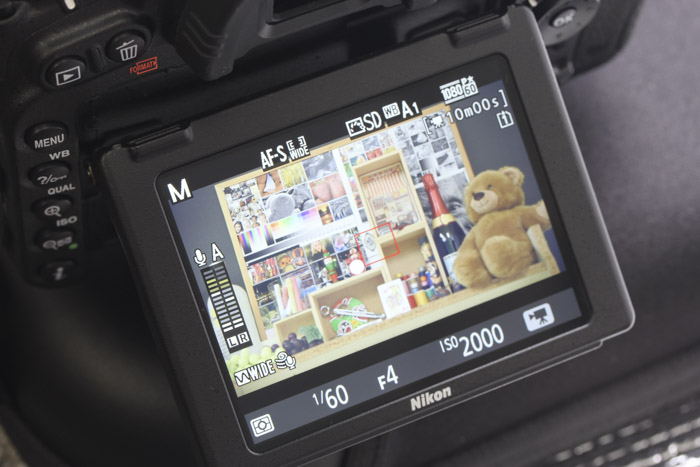 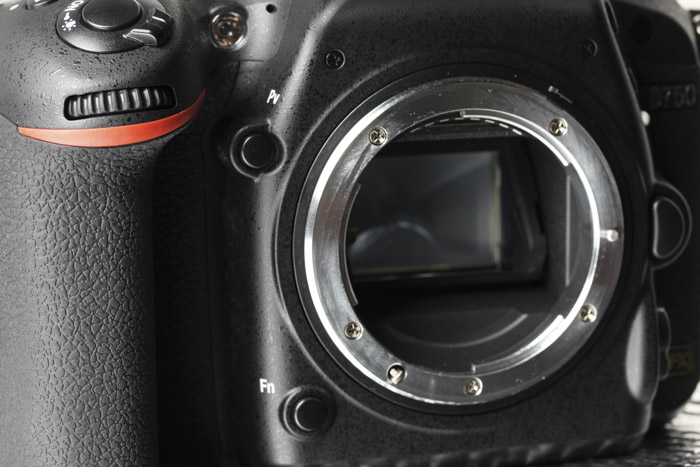