In mid-2009, Nikon introduced a brand-new camera into their line-up. The D5000 swung in between the then-base model, the D60, and the prosumer-class D90. The D5000 had similar (though not equal) performance to the D90, with fewer dedicated controls and lesser features. The upside was that it cost less, and was smaller.

A brand-new High Dynamic Range (HDR) mode has been added, which takes two shots of varying exposure and combines them in-camera into a single image. The LCD monitor size and resolution have been increased, from 2.7-inch and 230,000 dots to 3.0-inch and 921,000 dots, and the swivel hinge has been moved from the bottom of the LCD lid to the side of the camera. The D5100 now records in full HD at 1920 x 1080 (30fps, 25fps, 24fps), has subject tracking AF in movie mode and an audio jack for an external microphone. Nikon also introduces a brand new Special Effects mode with the D5100, which includes seven special effects or filters which can be applied to both stills and video.

The D5100 comes with so many upgrades that it's not so much a refinement of the D5000 as it is a dramatically different camera. With the inclusion of the same sensor as the D7000 it'll be interesting to see if the D5100 can deliver similar high resolution and low-noise high-ISO performance at a reduced price. 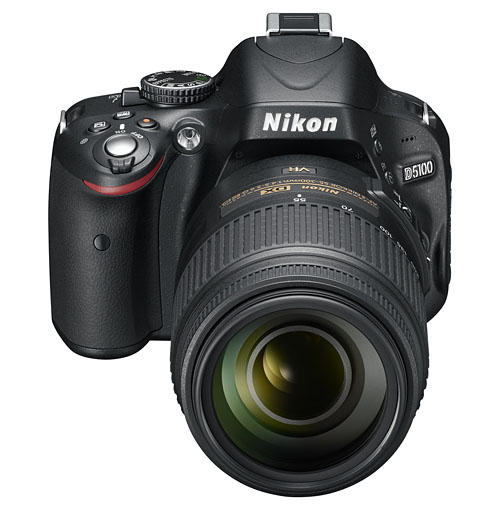 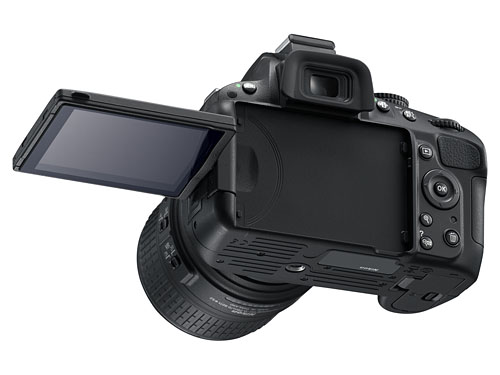