The Brighter the Better?

The things to look out for in a conference room projector are usually quite different compared to those of a home theater projector. For the former, the number one spec one tends to zoom in on is the brightness. The assumption is: the brighter the projector, the better it is at overcoming ambient light. There’s another reason for paying attention to a projector’s light output. Because brightness decreases as the projector moves further away from the screen, a brighter projector is also seen as being more able to project a larger image, while maintaining a bright enough image.

The NEC P451W we’ve here is exactly that: a high brightness projector designed for large conference rooms or even small auditoriums. It has a maximum light output of 4,500 ANSI lumens, a contrast ratio of 4,000:1, and a native WXGA resolution (that is, 1,280 x 800). It’s one of two new WXGA projectors in NEC’s P series of entry-level installation projectors; the other being the P401W, and the only meaningful difference is the latter’s slightly lower light output (4,000 lumens). For those looking for something more affordable and is okay to exchange that with a lower XGA resolution (that’s 1,024 x 768), NEC has it in the form of the P451X (also 4,500 lumens). And for a bit more, the XGA-also P501X bumps the brightness to 5,000 lumens. In a nutshell, the four aforementioned projectors are near identical form and function-wise, save for their brightness, resolution, and naturally, lamp life and power consumption stats.

To better illustrate their differences, here’s a table comparing the key specs of the four projectors:

Design-wise, the P451W (and its other three siblings) isn’t unlike the NEC projectors who’ve reviewed in the past: a mostly white box with NEC’s signature sliding lens door that acts as an audio/video mute switch. Of course, being an installation projector, it’s bigger than your average meeting room projector. It’s expectedly heavier too: its 4.1kg frame makes it a hassle to lug around (it wasn’t designed to be, anyway) than your typical 2kg portable business projector.

The 1.7x zoom lens is another highlight; the resulting 1.3 to 2.2 throw ratio offers quite a good bit of placement flexibility. To give you an idea, you need about 9 to 15m between the projector and the screen to get a 300-inch widescreen projection. For those intending to ceiling-mount the P451W, it also comes with vertical lens shift (0 to +0.6V), something you don’t usually find in smaller meeting room projectors. Both the manual zoom and focus levers reside in a cavity at the top of the cabinet, just behind the lens. 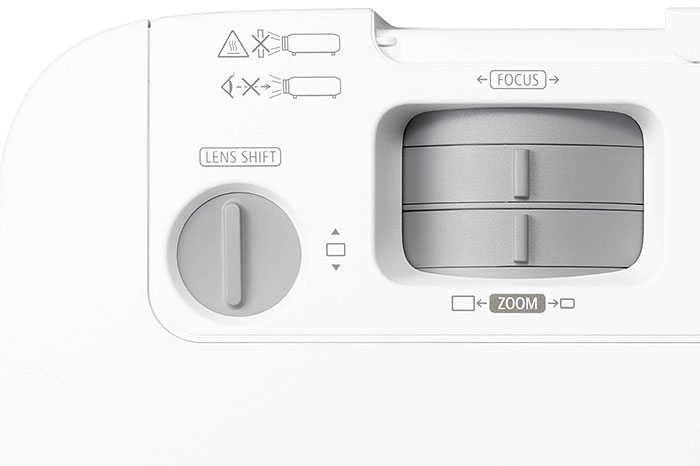 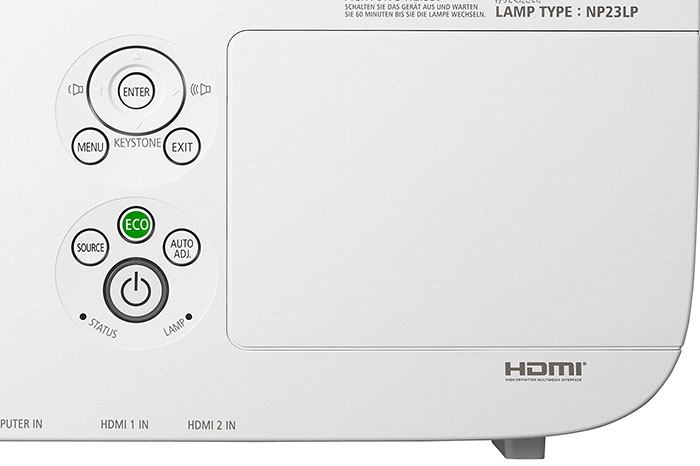 Like most of NEC’s M series portable projectors, the P451W is decked with connectivity options, such as VGA, S-Video, and composite video inputs. Not one but two HDMI inputs (that also carry audio) can also be found, a sensible move considering most if not all digital video output devices (Blu-ray players, camcorders, PCs, smartphones) these days support HDMI. Mic-in, monitor-out, and RS-232C terminals aren’t usually the must-haves for most buyers, but they’re present for those who do use them (for example, teachers who need to simultaneously view the projected image on an external monitor; IT administrators who require serial communication from a PC). It goes without saying too that the P451W supports communication from a Crestron Roomview system.

For networking, you’ve two options: either use the built-in RJ-45 LAN port, or get a dongle (NP02LM2) to enable wireless LAN. This dongle plugs into a USB port that’s hidden behind a cover, which requires a screw removal before you can open it. And speaking of USB ports, the terminal panel is also home to a Type B USB port and a Type A USB port. The former lets you control your Windows PC’s mouse using the bundled projector remote, or project your PC’s screen (including audio!) over the USB cable (yes, sans any other video cable), while the latter provides the option for PC-less presentations, since it’s capable of reading images stored on a USB memory device.

All in all, if you’ve used any recent NEC projector, you'll feel right at home with the P451W. One nitpick: for its price and considering NEC is always touting its USB features, it'd be nice if NEC throws in a USB cable that has the less common Type B connector. 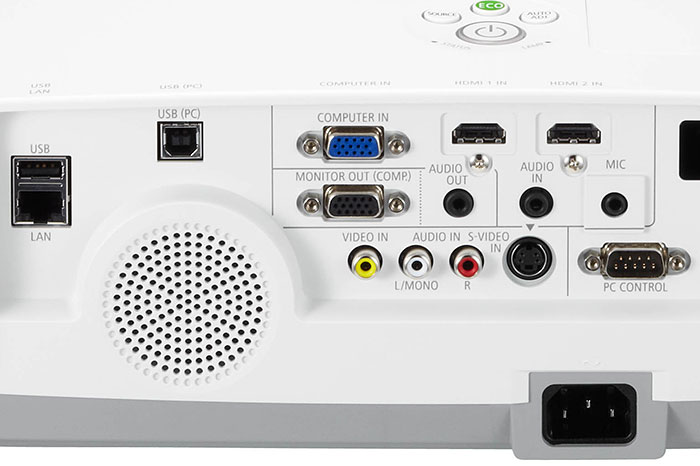 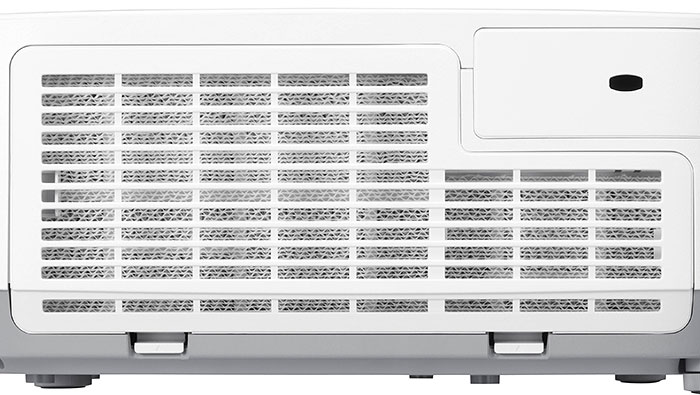