We measured the temperatures of the VRM and PCH heatsinks after running 25 loops of the new Fire Strike stress test. 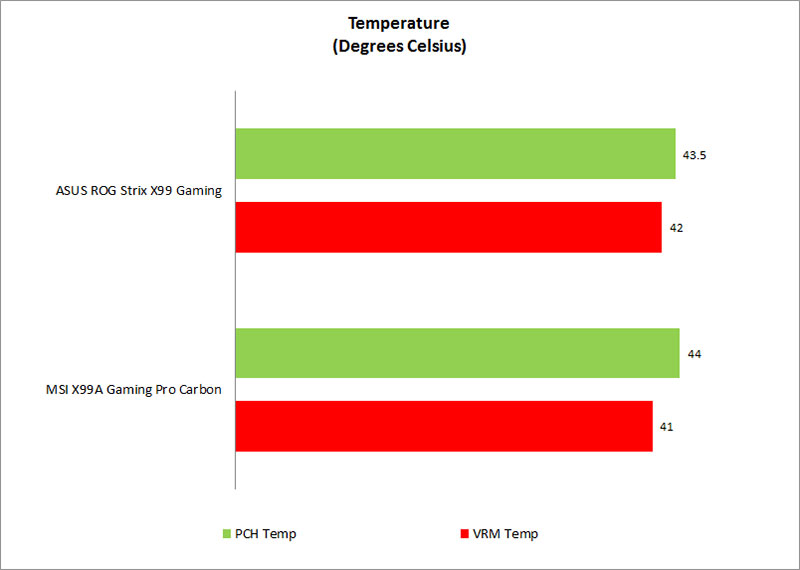 To test power, we ran the energy-01 viewset in SPECviewperf 12.0.2 and recorded the peak power consumption.

The MSI motherboard had a higher idle and peak power consumption than the ASUS motherboard. It’s still not a significant amount, but it does set the MSI board back a little against its counterpart from ASUS. 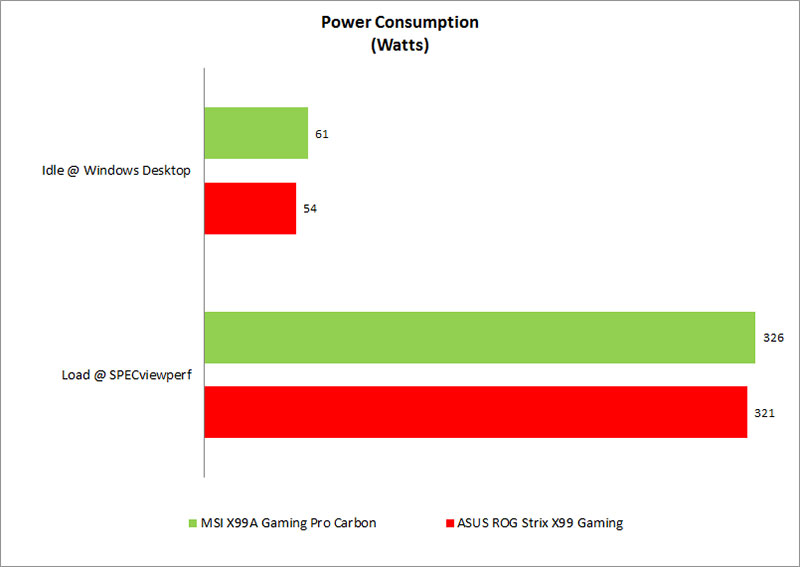 In order to assess the respective overclocking performance of the boards, we first tweaked the CPU multiplier ratio and raised the voltage accordingly. After ascertaining that the achieved clock speed was stable, we then attempted to increase the BCLK value to get smaller overclock increments. The table below shows the clock speeds we achieved, along with the CPU vCore, multiplier, and RAM frequencies. We've also included the respective BIOS versions of the boards for those who are keen to know such details.

As it turns out, we were unable to go past 4.3GHz by tweaking the CPU multiplier, and any attempts at adjusting the BCLK to achieve more minute clock speed increases also failed. Both boards actually utilize an 8-phase power design, and while we’ve said before that it’s the quality of the implementation and not the number of phases that really matters, this only goes to show how similar the two really are. What's more, they even cost the same at S$599, so they're truly direct competitors in every sense of the word. With that said, our result still amounted to a good increase over the default multiplier value of 30, and we managed to achieve a 23 percent performance improvement on the MSI board after overclocking, the same as on the ROG Strix X99 Gaming. 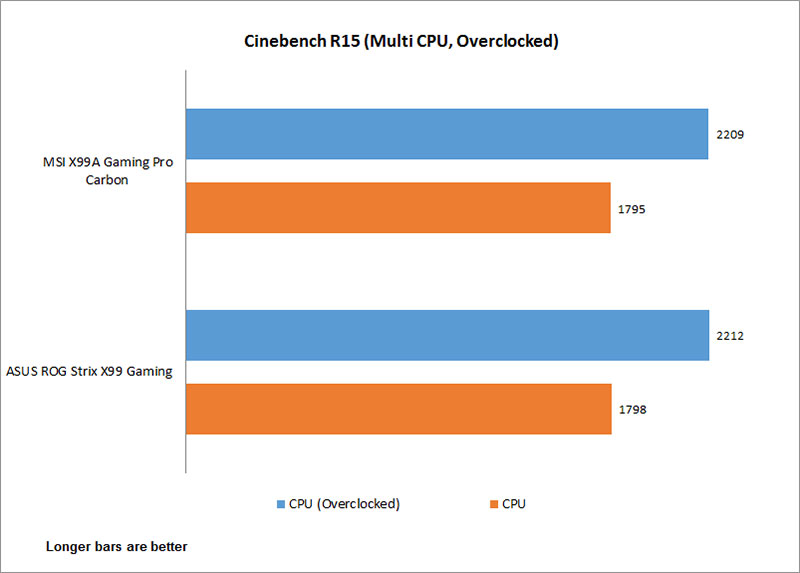