Here's the system configuration we used to test the ROG Strix X99 Gaming:

As we noted in our review of the ASUS ROG Strix X99 Gaming, we don’t have many Intel X99 motherboards to compare the board with, especially since we've chosen to use the new 10-core CPU, so we’ll use the latter board as a point of comparison for the MSI board.

The following benchmarks were used to test the motherboards:

All in all, we weren’t expecting any major differences in performance, given that we were running identical setups on both motherboards. This was the case in SYSmark, which evinced negligible differences between the two boards. The MSI board took the lead in the overall score, but for all practical intents and purposes, the boards performed the same here. 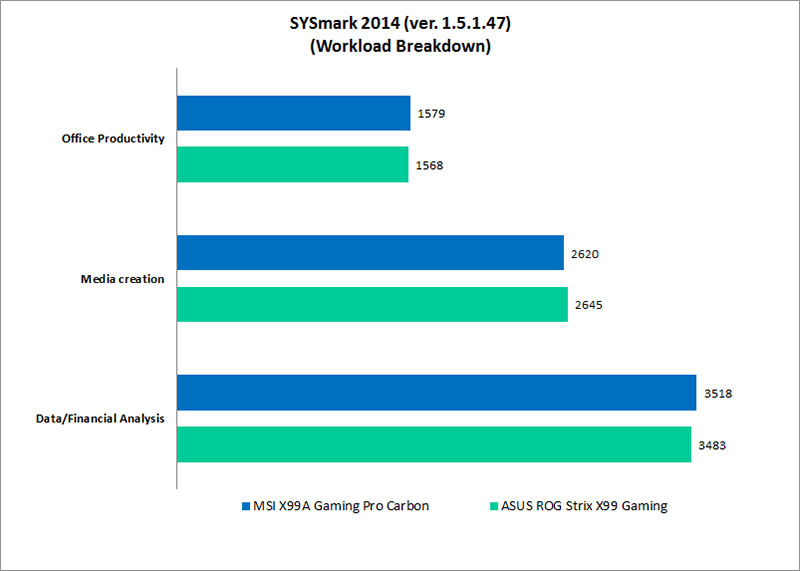 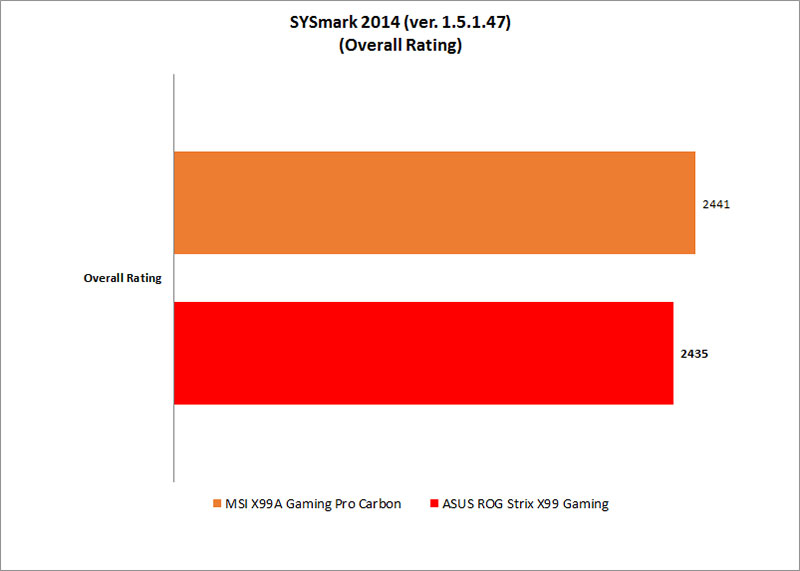 Cinebench is a benchmark tool used to compare CPU performance across different systems, so we’ll be using it to evaluate how well the Intel Core i7-6950X plays with the two motherboards. The test scenario uses all of the system’s processing power to render a photorealistic 3D scene, making use of various algorithms to stress all available processor cores.

Once again, performance was remarkably close, but the lead went to the ASUS board this time. 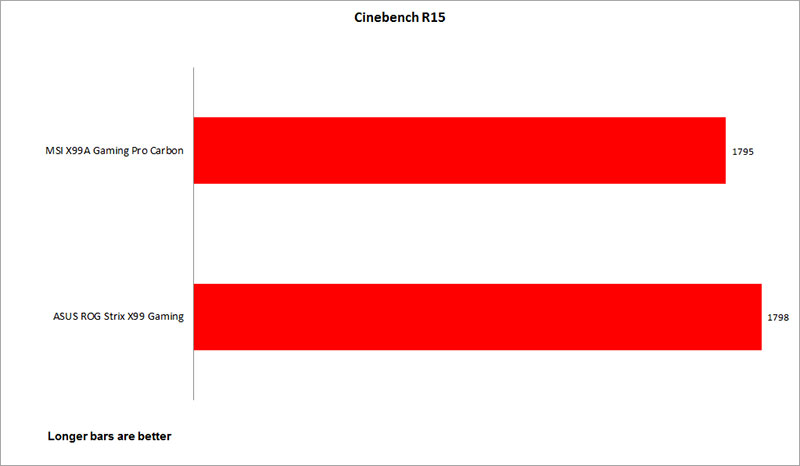 SPECviewperf actually runs a total of eight different viewsets, but we’ve picked just three to display here. The maya-04 viewset is derived from Autodesk’s Maya 2013 application. Lightwave-01 from PTC is no longer tested – instead, it’s been replaced by creo-01, also from PTC. We also included the new energy-01 viewset, which puts the board through some professional volume rendering applications.

The results were once again virtually indistinguishable here. For certain benchmarks, the differences even amounted to less than a single point. Suffice to say, the boards are neck-and-neck with each other in terms of performance, and no practical differences can be drawn from these results. 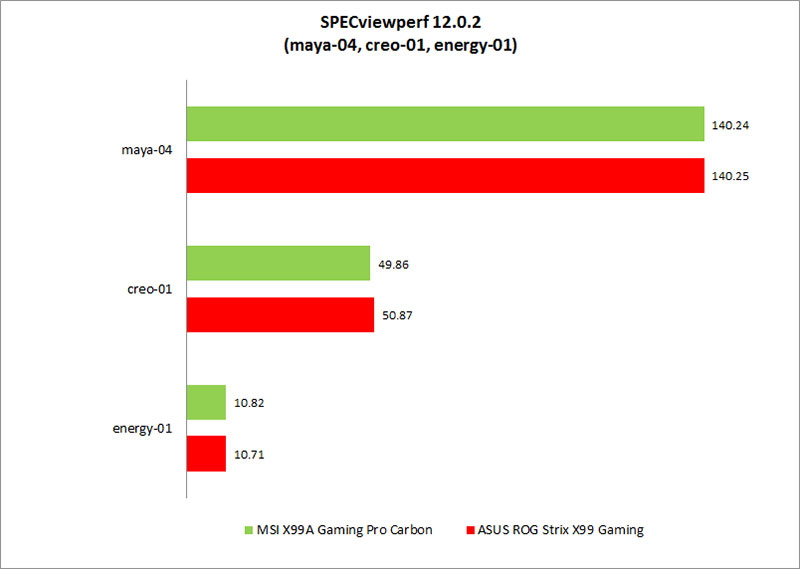 Both boards traded blows here, with the ASUS motherboard coming ahead in Fire Strike, and the MSI taking the lead in Fire Strike Extreme and Ultra. Having said that, the differences are again too little to make a difference in real-world performance. 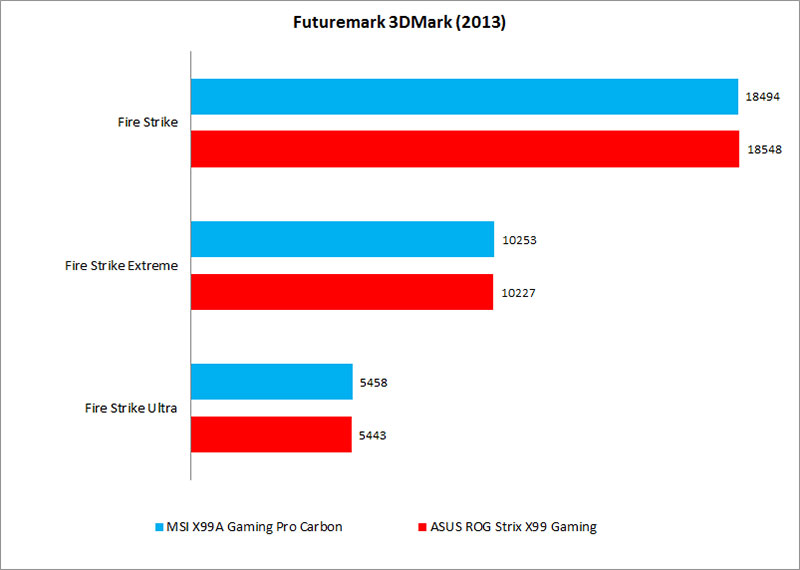 Finally, we ran Middle-earth: Shadow of Mordor to get an idea of real-world gaming performance. As per the graph, you can see that the performance gap was once again insignificant. In fact, they were remarkably consistent with each other, as both the ASUS and MSI board came within a single frame of each other at all the tested resolutions. 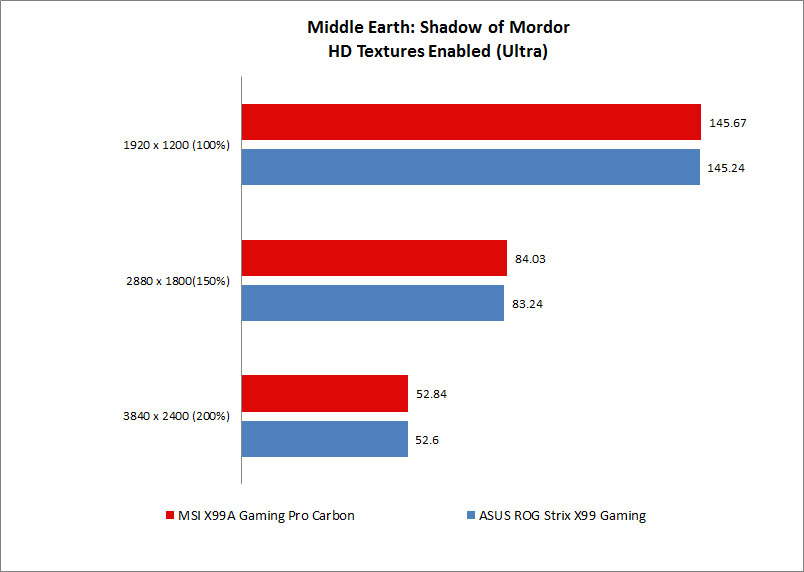