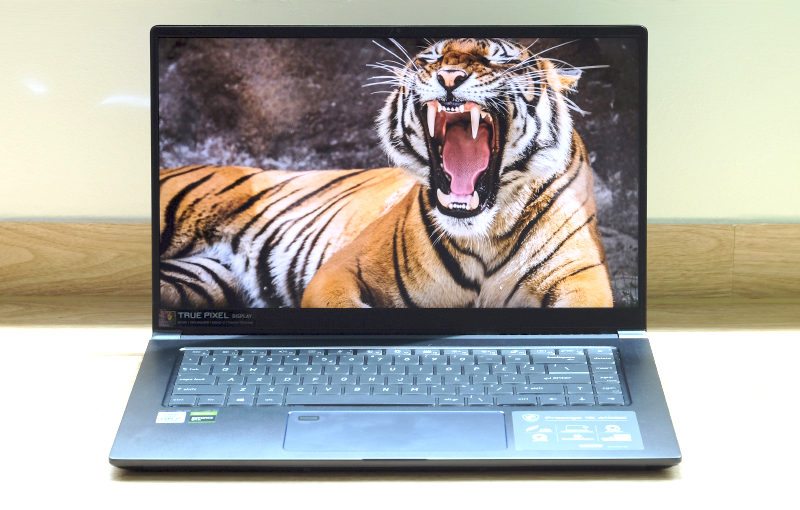 A new breed of thin and light 15-inch notebooks

Like its many of its Taiwanese rivals, MSI has a confusing lineup of notebooks. At this point, I’ve given up trying to understand their gaming notebooks. Thankfully, their lineup of non-gaming notebooks is slightly easier to understand. The Prestige series is their lineup of thin and light notebooks. They are supposed to offer a good mix of performance and portability, and are designed for content creators. An easy way to think about the Prestige 15 is that it’s MSI’s answer to notebooks like the the ASUS ZenBook 15, Dell XPS 15, and Gigabyte Aero 15. 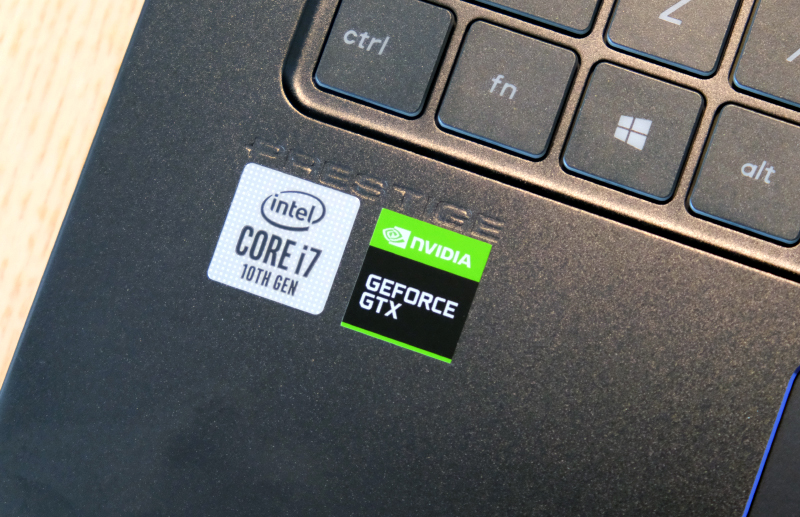 Readers who are well-versed in Intel's confusing lineup of processors will no doubt recognise that instead of the more powerful 45W CPUs, MSI is using less powerful but more efficient 25W parts. This is an interesting choice because MSI is sacrificing performance to create a 15-inch notebook that's thinner and lighter than the competition. 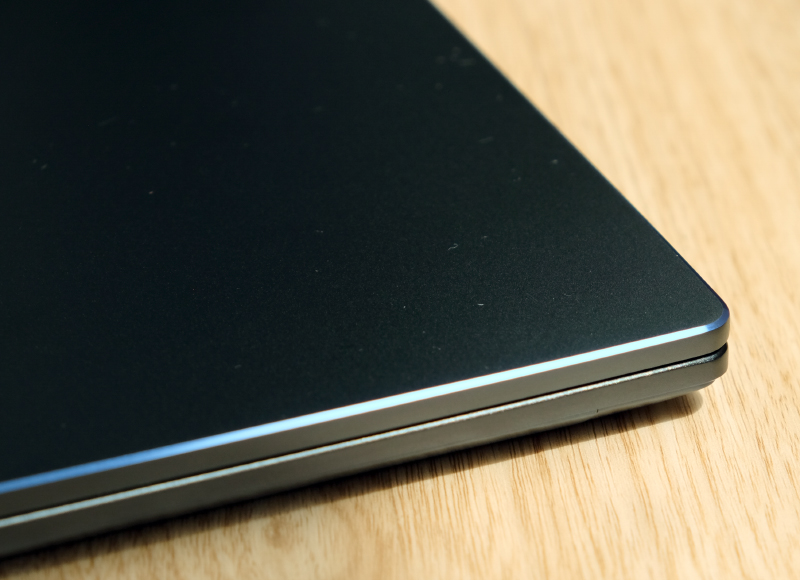 The Prestige 15 is one of the thinnest and lightest 15-inch notebooks that you can buy now. Thickness is just 15.9mm and weight is just 1.6kg. That’s only a little bit thicker and heavier than most 13 and 14-inch notebooks. When you pick it up for the first time, there’s a disconnect between what you are feeling in your hands and what you expect a 15-inch notebook to weigh. And while the Prestige 15 may not be as light as LG's gram 15 – that's only 1,120g – it's still a remarkable accomplishment. 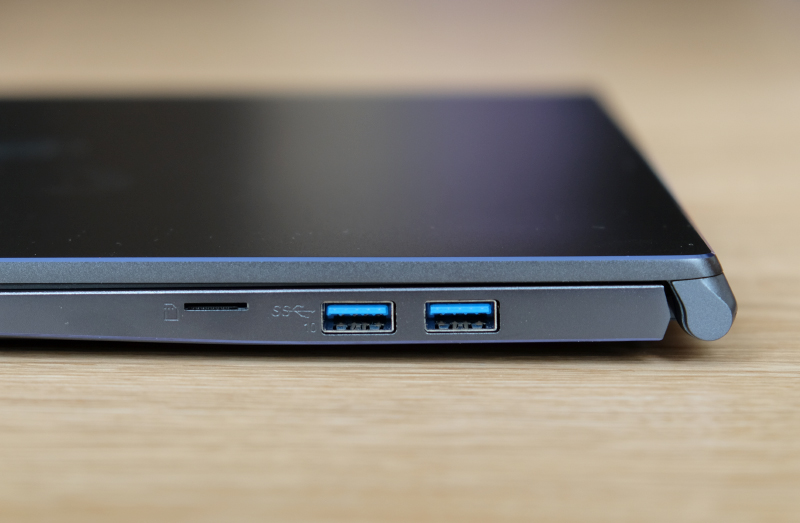 The chassis is aluminium and it comes in an unusual shade of grey that looks bluish from some angles. The edges of the display cover have diamond-cut edges that are a nice detail. Overall build quality is decent but there’s definitely room for improvement. Even though it doesn’t feel absolutely top tier and rock-solid, it is MIL-STD-810G certified. This means it has some resistance to shock, vibrations, temperature, dust, and pressure. 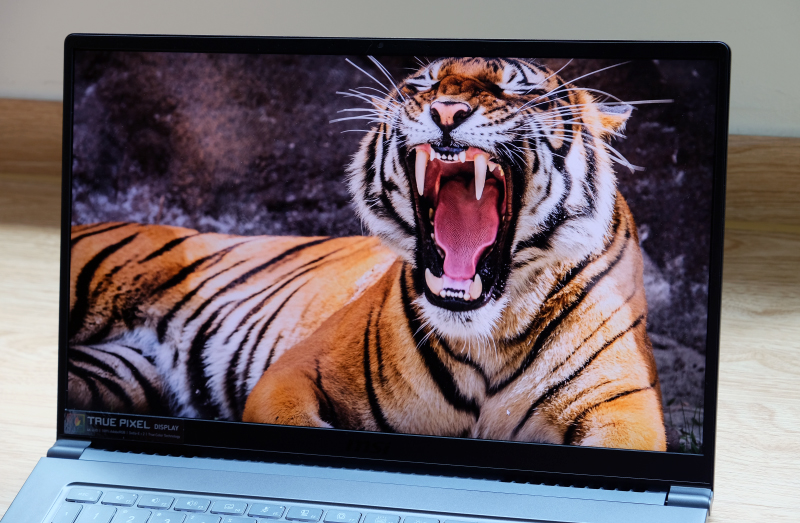 MSI calls the display a True Pixel display and it is a highlight of this machine. The bezels aren’t the thinnest but the brightness and colours are one of the best that I have seen on a 15-inch notebook. MSI says it covers 100% of the AdobeRGB colour space and it is colour-calibrated at the factory by Calman, and it looks like it – the colours are vibrant and punchy. And because it is a 4K display, images and text are razor sharp and clear. It also has a matte finish so annoying glare and reflections are kept to a minimum.

There's a tiny 720p webcam above the display. Unfortunately, it doesn't support Windows Hello but it is decent enough for video conferencing. The built-in microphone and speakers are lackluster but they'll get the job done. The speakers, in particular, lack body and sound very hollow. 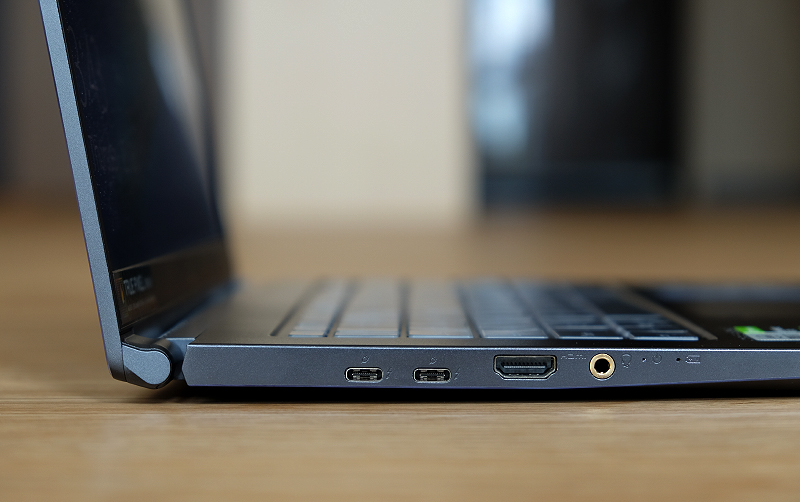 The Prestige 15 has a good number and selection of ports. On the left, you have two USB-C Thunderbolt 3 ports, a single full-size HDMI, and a 3.5mm headphone jack. On the right, there’s two USB-A USB 3.2 Gen 2 ports and a microSD card reader that supports high-speed UHS-II cards. On the wireless connectivity front, the Prestige 15 supports the latest WiFi 6 standard as well as Bluetooth 5.1. 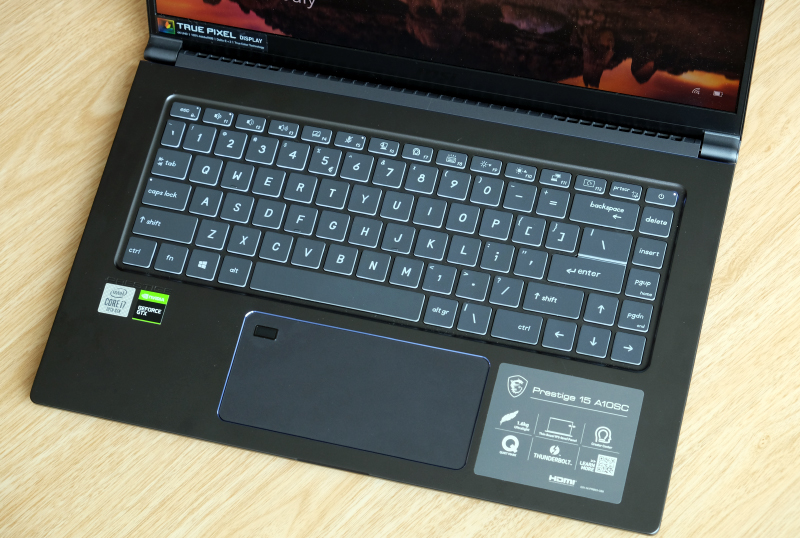 The keyboard is rather excellent. Unlike most 15-inch notebooks, the Prestige 15’s keyboard eschews a number pad. Users whose most frequently used apps are Excel are probably going to baulk at this decision, but for everyone else, this means larger keys and a less cramped layout. The keys are large and the layout is fairly conventional, though it must be noted that there’s an extra column for your navigation keys. And because the arrow keys are full-sized, the right Shift key is slightly smaller. Key travel is a claimed 1.5mm and it feels sufficient. Key feel is also well-judged and the white backlights are very bright. My only complaint is that the font used for the legends is a little too stylised and would prefer something more neutral. 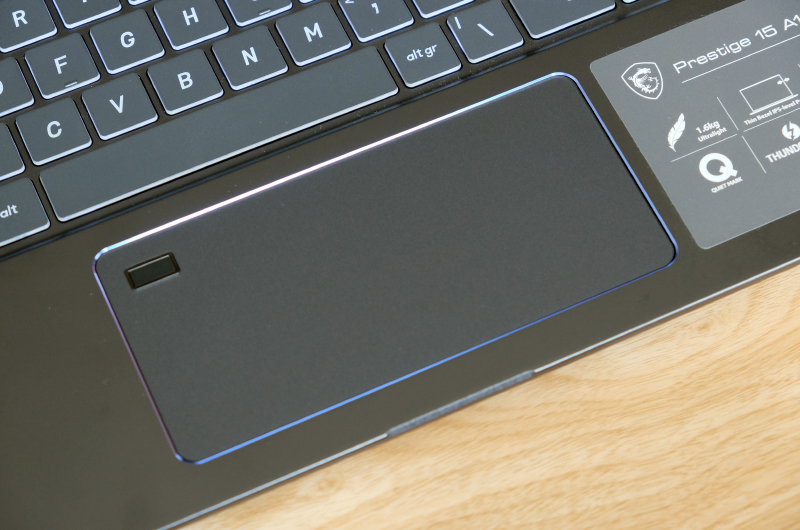 The trackpad is 14cm wide and 6.5cm from top to bottom. It’s narrow but wide. It’s smooth to touch and uses Windows Precision drivers, so it’s fluid and responsive. There’s a fingerprint scanner located in the top left corner, which can be a little awkward for right-handers to use. Generally speaking, this is a well-implemented trackpad and I only wish it was larger from top to bottom to help with scrolling through long pages.