Updated : We've completed our full evaluation of the this gaming notebook and updated our former preview article (on 24th April) to a full fledged review to include performance scores, battery life aspects and a conclusion with ratings. If you've seen our previous preview article, you can jump straight to the third page where we discuss performance matters.

It has been less than a day since Intel's Ivy Bridge processors, which formally go by the name of third generation Core processor family, have been officially made public but here at HardwareZone, the team never sleeps and is always busy testing and reviewing the latest and greatest gadgets. We've already covered much of the Ivy Bridge platform and here with us today is the very first Ivy Bridge mobile processor equipped notebook from MSI - the GT70 which hails from its gaming series of notebooks. We first gave you a heads-up of this beast of a notebook back in March, but not much of its huge list of specs was available for release at that point of time.

Today, we've got the actual retail unit of the MSI GT70 gaming notebook in our hands and we're going to share with you how it looks and feels up-close. Check back later this week for our full review where we’ll be breaking down its performance scores to find out if its new Core i7-3610QM (2.3GHz) Ivy Bridge processor, NVIDIA GeForce GTX 670M GPU with 3GB GDDR5 VRAM, dual SSD drives in addition to a huge hard drive and 16GB RAM can help it take down the current gaming notebook performance champion, Dell’s Alienware M17X R3. Sounds like it has a mouthful of specs? It sure does!

But before you charge in for the kill, we recommend the following reading references to get better acquainted of Intel Ivy Bridge processors, the performance of its desktop counterpart (to set your expectations) and how the mobile edition of the processor and platforms compare:-

Building a good gaming rig is a bit like tuning a sports car - to get the best performance, you can’t just throw in a supercharged engine and neglect everything else. You need a good exhaust system, air intake, responsive handling, suspension, brakes, wheels and tires. A well-tuned car is greater than the sum of its parts.

Likewise, what good is an ultra fast processor if your GPU ends up bottlenecking performance? What good is 16GB of RAM if you’re saddled with a 5200 RPM HDD? Perhaps you're getting perfect frame rates while gaming, but how are you supposed to kill anything with sky-high latency and a mushy and unresponsive keyboard?

When it comes to gaming notebooks, many manufacturers are guilty of selling you on the 'sexy' parts - the big performance processors and GPUs - and neglecting other areas. As a result, you end up with a machine that looks good on paper, but just doesn’t deliver the results or user experience you expect from its premium price tag. 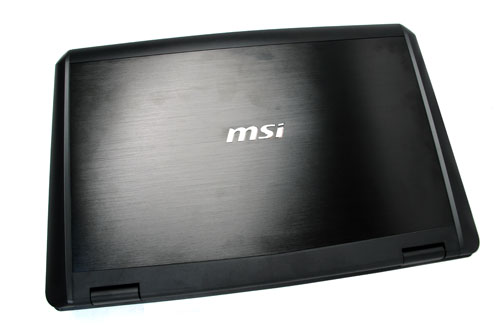 MSI is set to change all of that with their new GT70 gaming notebook, which not only packs top-of-the-line processing capabilities like utilizing the latest Core i7-3610QM (2.3GHz) Ivy Bridge processor (though it's not the very best from Intel's new lineup), Intel HM77 chipset, NVIDIA GeForce GTX 670M GPU with 3GB GDDR5 VRAM (which is so new that its desktop counterpart hasn’t even been released yet - at the point of publishing this article) and 16GB of RAM, but also crams in a whole host of third-party, pro-gaming grade upgrades including Killer Gaming’s Bigfoot E2200 network card and a SteelSeries designed keyboard. Perhaps best of all is the inclusion of two 64GB SSD drives in a RAID 0 configuration, with a 750GB 7200RPM HDD for storage.

Sparing no expense, the GT70 also includes a tray-loading Blu-ray burner, twin speakers and a built-in subwoofer system by Dynaudio. Surprisingly, its 17.3-inch, full HD resolution screen is the non-reflective type and that surely adds on to its brownie points. You can't imagine how often we've complained of glaring screens that sometimes spoil the usability of the notebook, more so in gaming.

To round out the package, MSI has also incorporated their usual Turbo Drive Engine (TDE) software technology found on their gaming series of notebooks, which provides one button instant overclocking. We benchmarked this feature first on their GT660 model in 2010 if you're interested to know more. Something new this time round is Cooler Boost, which revs up fan speed at the touch of a button, for extra cooling when required.

So far, the GT70 looks like a dream machine, the kind of thing you build by selecting the best possible options at every stage of the ordering process, but how does it hold up in person? More on that on the following page.