With the exception of the Aftershock APEX-15, all the notebooks are equipped with an NVIDIA GeForce GTX 1070 Max-Q. However, the GPU on the GS65 Stealth Thin is actually clocked lower at 1,101MHz, compared to 1,215MHz on the Razer and Gigabyte laptops, so it'll be interesting to see how it fares.

The notebooks were put through the following benchmarks:

The MSI GS65 Stealth Thin performed in line with the rest of the GeForce GTX 1070 Max-Q laptops, even edging ahead to take the overall lead. It did fall behind a little in the Gaming benchmark, perhaps owing to its lower clocked GPU, but it made up for it with better performance in the more CPU-focused Essentials, Productivity, and Digital Content Creation tests. 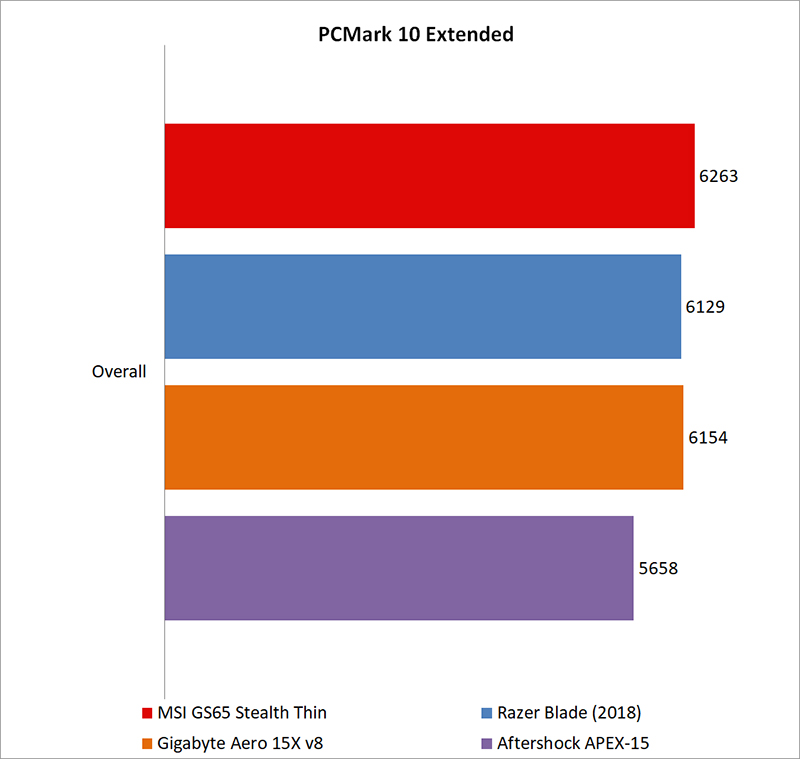 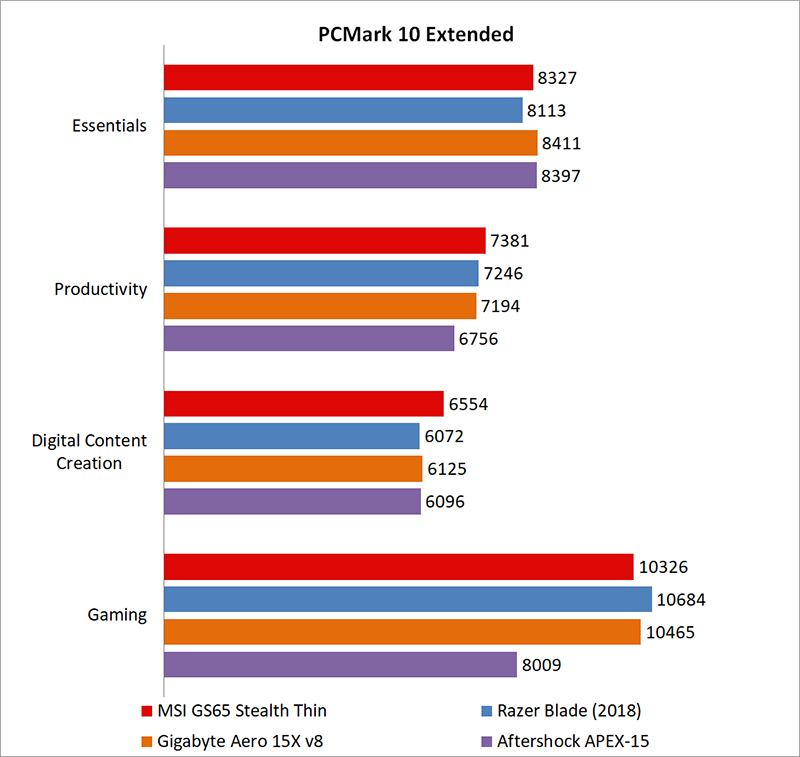 Owing to its lower clocked GPU, the MSI laptop consistently trailed the Razer Blade by a few percentage points, but it's honestly nothing I'd lose sleep over. As we'll see in the gaming benchmarks further down, it doesn't translate into much of a difference in the real world. 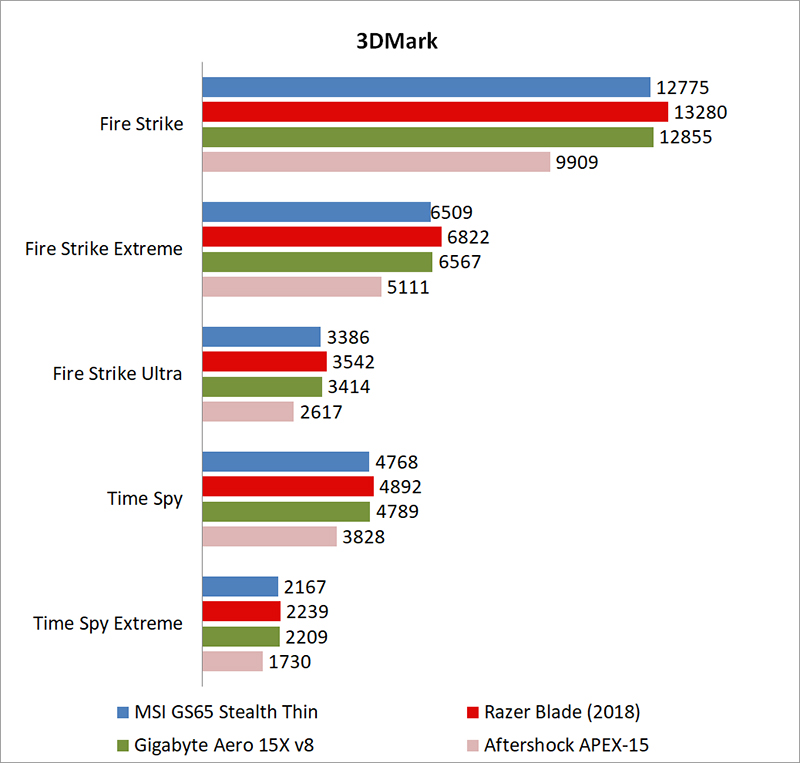 The MSI GS65 Stealth Thin handled the Orange Room benchmark quite well, and you should have no problems running VR games. 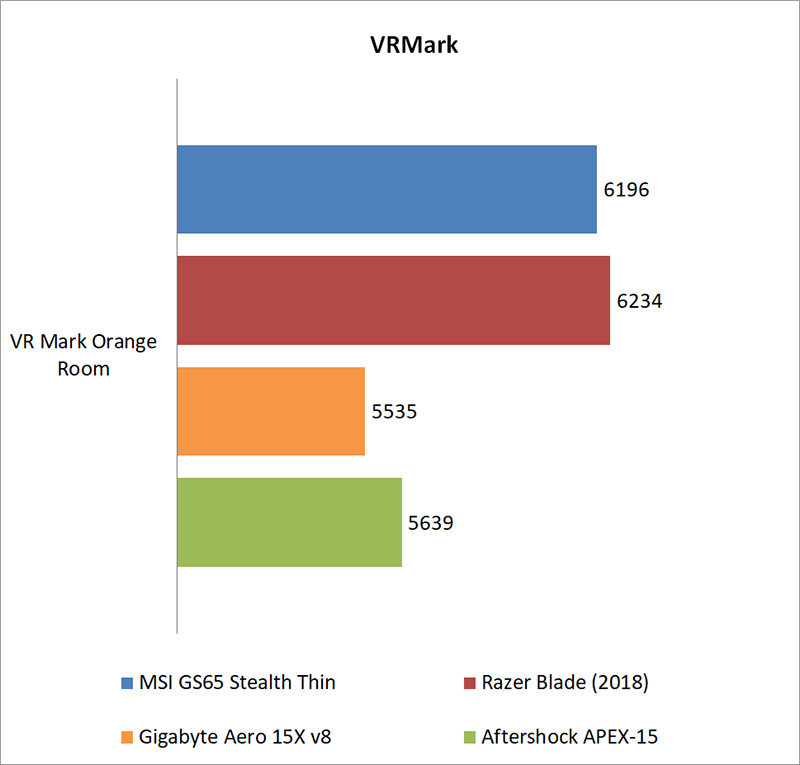 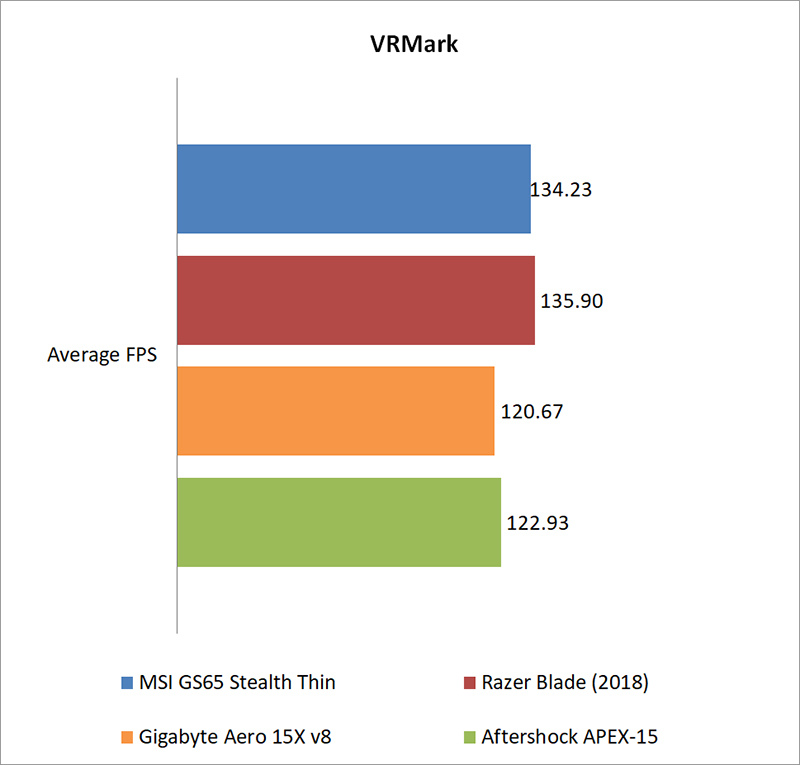 As in 3DMark, the MSI laptop continued to trail the Razer laptop ever so slightly. However, the difference mostly amounts to a couple of frames, which can hardly be considered significant. 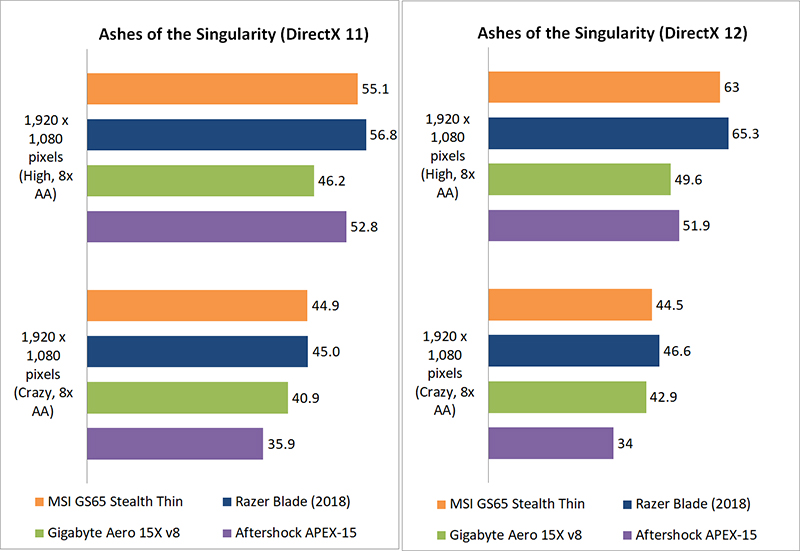 Mankind Divided is one of the most demanding titles to run today, but the MSI GS65 Stealth Thin is more than capable of delivering a playable experience. To its credit, it also outdid the Gigabyte Aero 15X despite the latter having a higher clocked GPU.

Once again, the MSI GS65 Stealth Thin came in between the Razer and Gigabyte laptops, an overall decent showing. 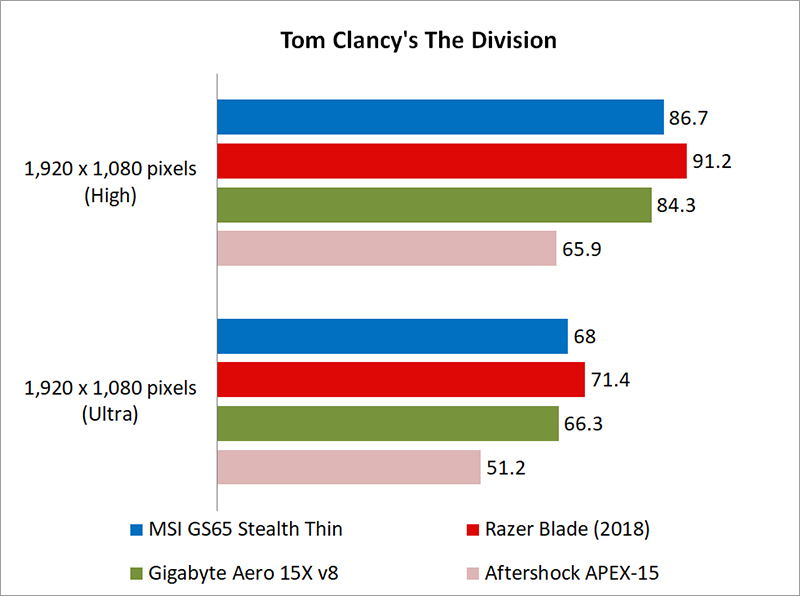 Write a Review
Compare This | Specifications
Excellent 144Hz IPS-type panel
Attractive design
Thin, light, and has decent battery life
Windows Precision Touchpad
Chassis flex in some places
Expensive
No SD card slot
Our articles may contain affiliate links. If you buy through these links, we may earn a small commission.
Sponsored Links