Note: This review was first published on 4 August 2021. 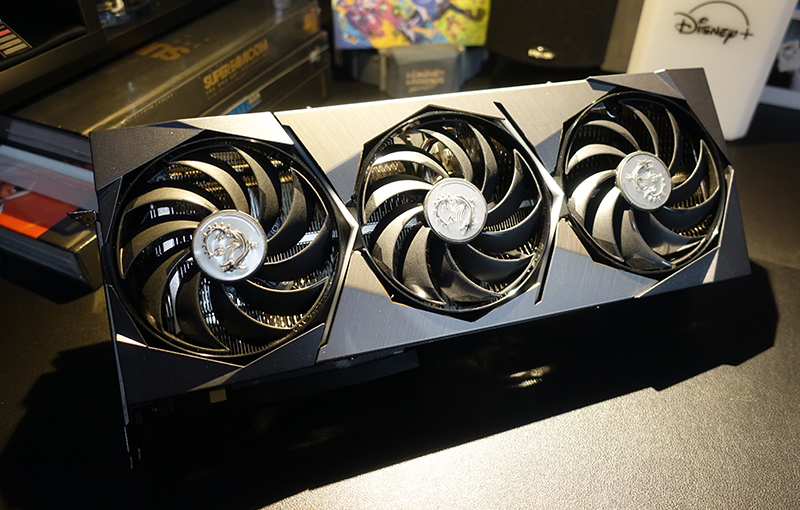 Exceptional performance and a price to match

For starters, the card spans some gargantuan proportions, measuring a good 336mm long and 140mm across. It'll take up the full three slots in your chassis, so you should really check beforehand if you have space for it. At just under 2kg, it's super heavy as well, so a certain amount of sag is to be expected. Fortunately, MSI has included an adjustable GPU bracket to take some of the strain off your PCIe slot. A metal bracket helps reinforce the card and protect the PCB from flexing, but the included GPU bracket should really come in handy and give you a peace of mind. 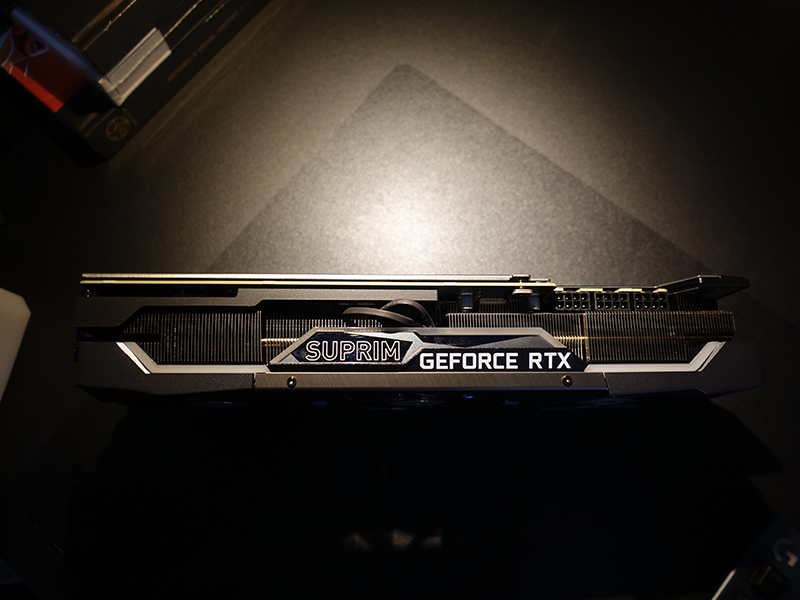 The premium construction of the card shows itself in the brushed aluminium shroud, which confers a really solid feel. The TriFrozr 2S cooler keeps things chilly, featuring three Torx 4.0 fans. Each double-ball bearing fan has a unique design, where individual pairs of blades are linked with a ring of sorts. This is supposed to help focus airflow toward the heatsink and increase static pressure. This cooling system itself is identical to what was featured in the earlier RTX 3080 Gaming X Trio, but the new brushed metal shroud is the visual highlight that elevates the graphics card to another level. 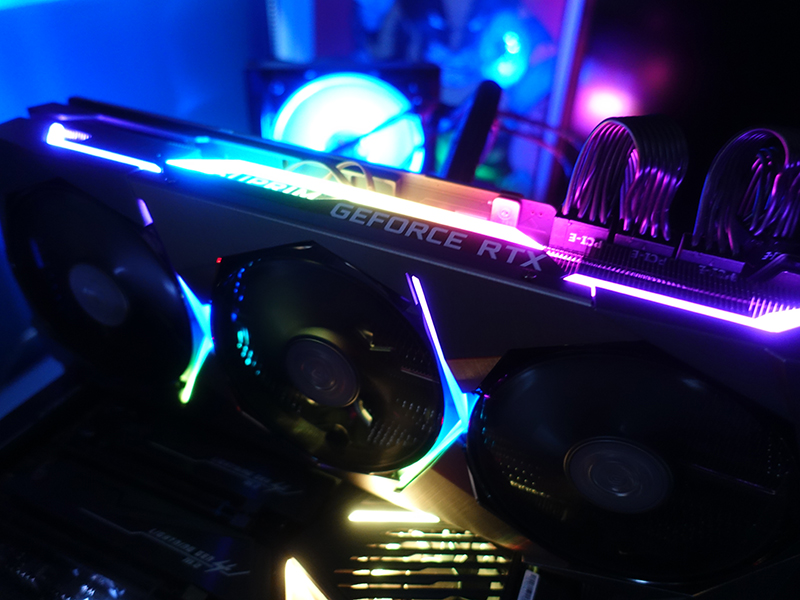 Elsewhere, MSI has taken care to give the memory modules their own heatsink and heat pipe to help whisk heat away. This is a nice touch as they're sometimes neglected, even on custom cards. To keep the GPU die cool, MSI has gone with a nickel-plated copper base plate and an array of seven heat pipes to channel heat to the sprawling heatsink. The heat pipes run the full length of the heatsink for more efficient heat dissipation, and they've also been machined flat to maximize the surface area that comes in contact with the copper base plate. Well-placed thermal pads provide additional heat dissipation for other components on the PCB. 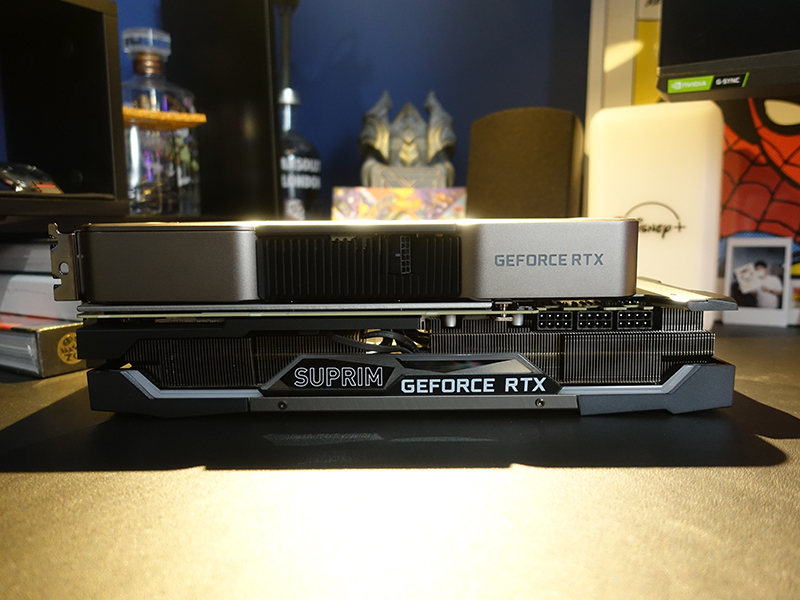 When it comes to the heatsink itself, MSI's attention to detail really shows. The fin edges have been shaped like waves, which supposedly disrupt unwanted airflow noise for quieter operation. Disruptors also provide additional surface area and guide air to where it's needed for better cooling. Finally, the fans themselves will stop spinning when the GPU isn't working hard, further reducing noise when you're not actually gaming.

Flip the card over and you'll see the brushed metal backplate, with the MSI dragon logo inlaid on the right. It's a really luxe look that I love, and everything about the card screams quality. The backplate itself even doubles as a passive heatsink, with still more thermal pads located beneath for improved cooling. 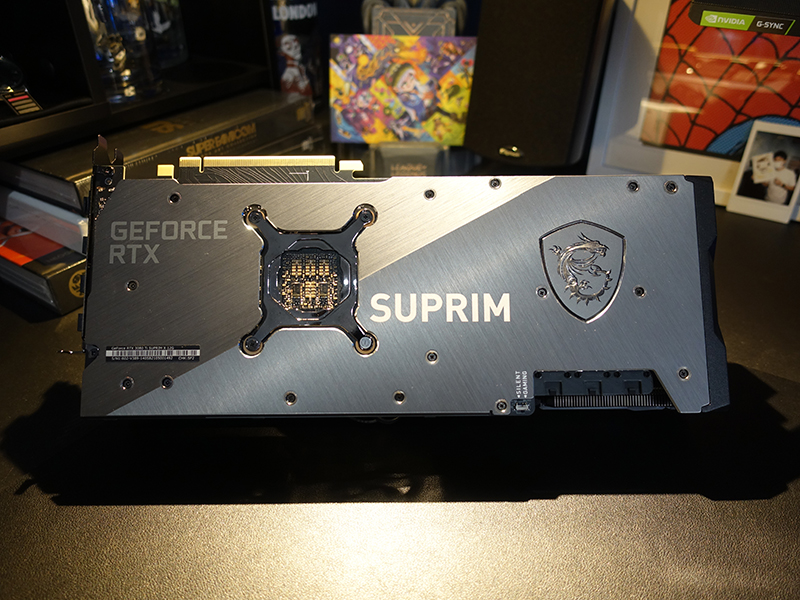 At the edge of the card, you'll notice a dedicated BIOS switch that lets you switch between Gaming and Silent modes without the need for any software. The PCB itself has gotten some special treatment too, with a thickened copper layer for increased conductivity for better heat dissipation and reliability, according to MSI. Additional fuses were also built into the PCB for stronger safeguards against electrical damage. 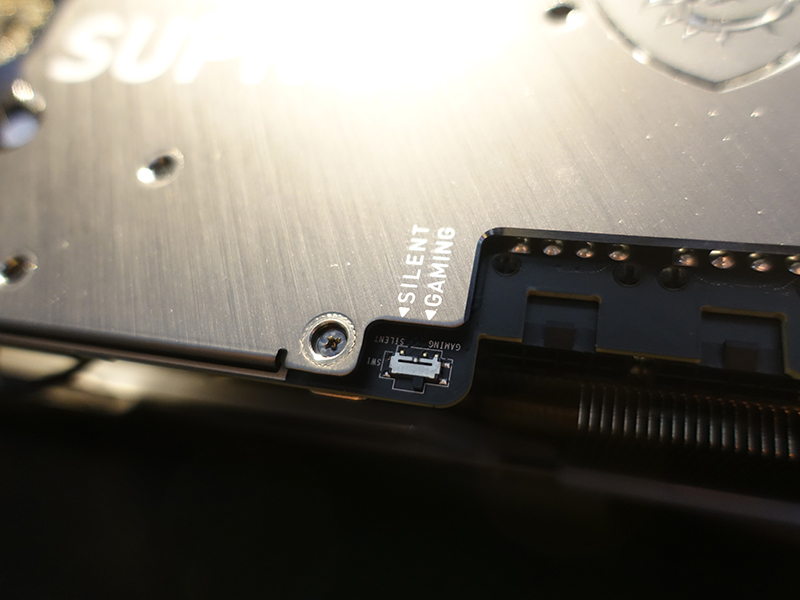 The card requires three 8-pin connectors for power, making for one extra cable to wrangle with. MSI also recommends having at least an 850W power supply to work with, a rather high bar to clear if you're not already running a high-end system.

Write a Review
Compare This | Specifications
Exceptional performance, even at 4K
Stellar build quality and stunning design
Excellent thermal performance
Ridiculously expensive
Requires three 8-pin connectors and an 850W PSU
Our articles may contain affiliate links. If you buy through these links, we may earn a small commission.
Sponsored Links