For starters, the cooler is MSI's Tri Frozr 2 design, featuring an upgraded double-ball bearing 10-blade Torx 4.0 fan. The fan's design is pretty unique, and each pair of fan blades is bound together with a linked outer ring design. MSI says this helps channel air more effectively through the heatsink, allowing for more efficient cooling. The company has also opted out of a GPU contact plate here, choosing to go with direct contact heat pipes that have been precision-machined for a smoother surface and improved contact. This supposedly helps spread the heat along the full length of the heatsink for more optimal cooling.

The heatsink has been tweaked to reduce noise as well. Integrated deflectors provide additional surface area and guide air to where it's needed, while so-called wave-curved 2.0 fin edges break up unwanted turbulence to keep overall noise levels down. The fans also support semi-passive operation with MSI's Zero Frozr tech, so they'll spin down entirely when your GPU temperature falls below a certain threshold, useful when you're not actually gaming. 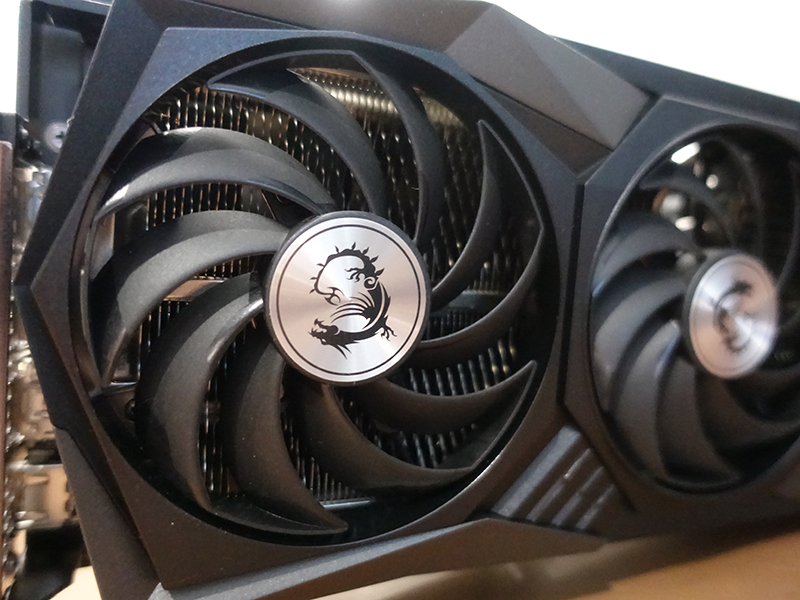 Elsewhere, MSI has paid attention to the details with a lightweight composite graphene backplate that also structurally reinforces the card while doubling as a passive heatsink. The custom 10-phase PCB features additional fuses for more robust safeguards against electrical damage, while the PCB itself has been redesigned with 2oz thickened copper for improved conductivity, heat dissipation and reliability. Crucial components like the VRMs and capacitors are kept cool with the generous use of thermal pads, which further aid in heat dissipation. 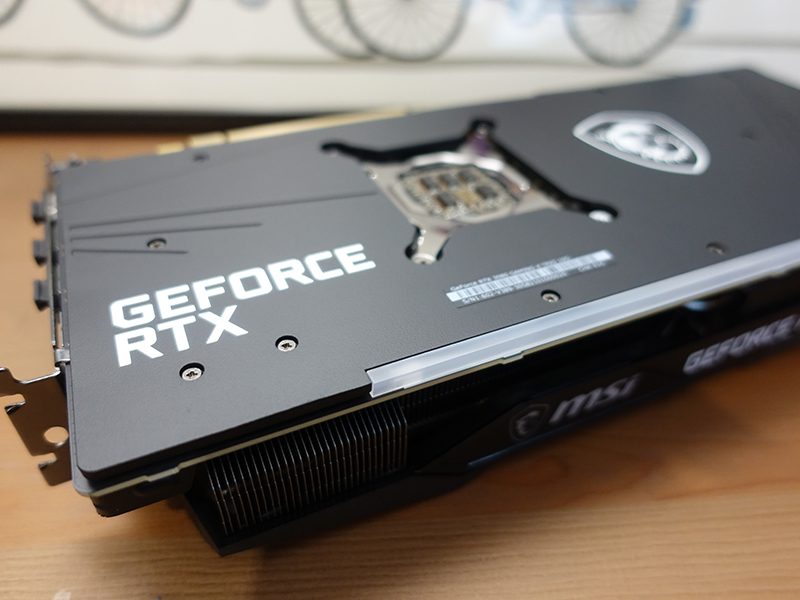 To further reinforce a card this size, a rigid metal anti-bending strap has been added to guard against flexing. The card also comes bundled with a support bracket, which you can attach to the card for additional reinforcement. This will take up an extra PCIe slot however, in addition to the three that the card already requires.

Finally, MSI's Mystic Light RGB lighting adds the finishing touches to the card. You can customise the effects in MSI's Dragon Center software, and also sync it with other compatible RGB products. 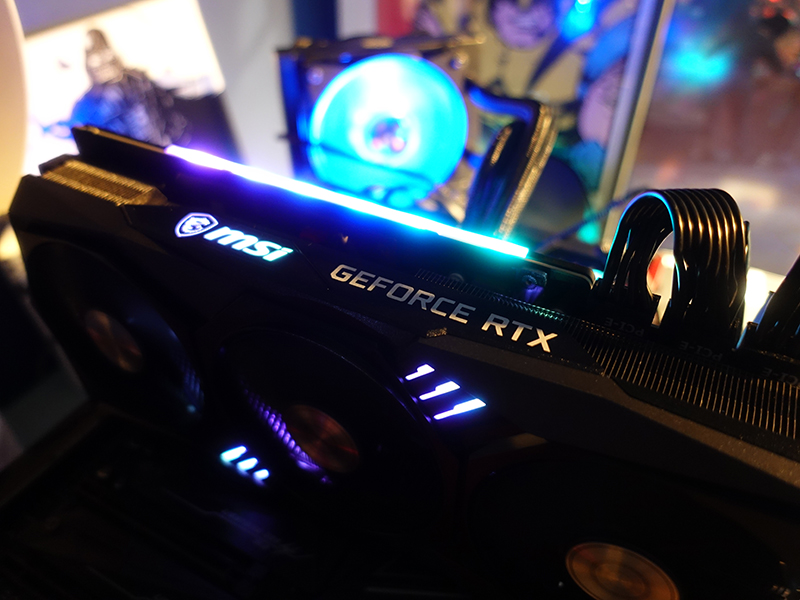 At a whopping 323mm long, you'll need a large case to accommodate this card. It's also powered by three 8-pin PCIe connectors, so you won't need NVIDIA's adapter at the very least. MSI lists the recommended PSU wattage at 750W, and you really won't want to skimp on your power supply if you're thinking of including this card in your build. 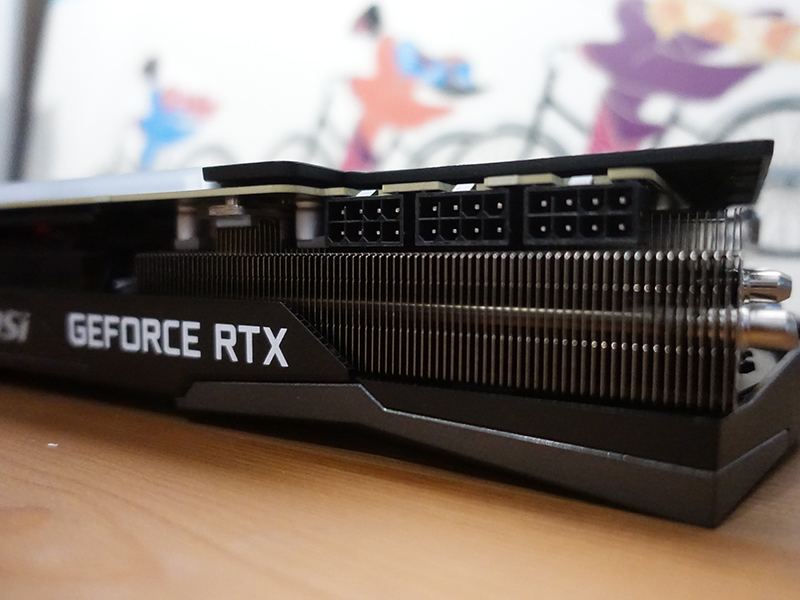