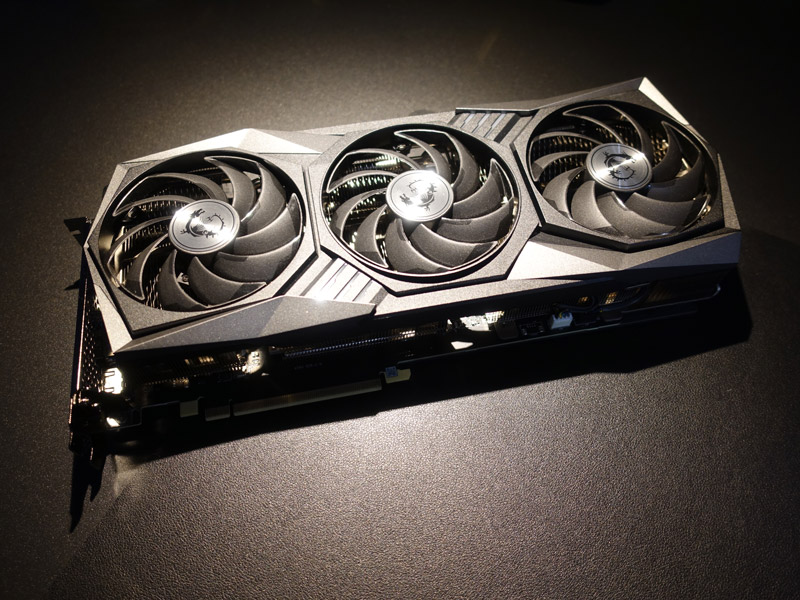 The NVIDIA GeForce RTX 3060 Ti is a fabulous GPU for 1080p and 1440p gaming and the Founders Edition card that I reviewed recently also showed how its low TDP and form factor’s potential makes it a great gaming card for small and power PC builds. So, when MSI offered to send in their latest GeForce RTX 3060 Ti card to me for review, the naivety in me had assume the company will be sending over a model based on a NVIDIA’s reference card design – compact designed, twin fan design and all that.

So, instead of its entry-level Twin Fan OC or Ventus OC variants, MSI sent over an RTX 3060 Ti graphics card that’s built upon their more premium Gaming X Trio label. It’s essentially a full-length card that come fitted with all the premium bells and whistles that MSI has to offer. This includes its TORX 4.0 triple fans, coupled with its Tri Frozr 2 cooling system and massive heatsink sitting beneath it. Of course, as a gaming branded card, MSI’s Mystic Light RGB LEDs are obligatory too. 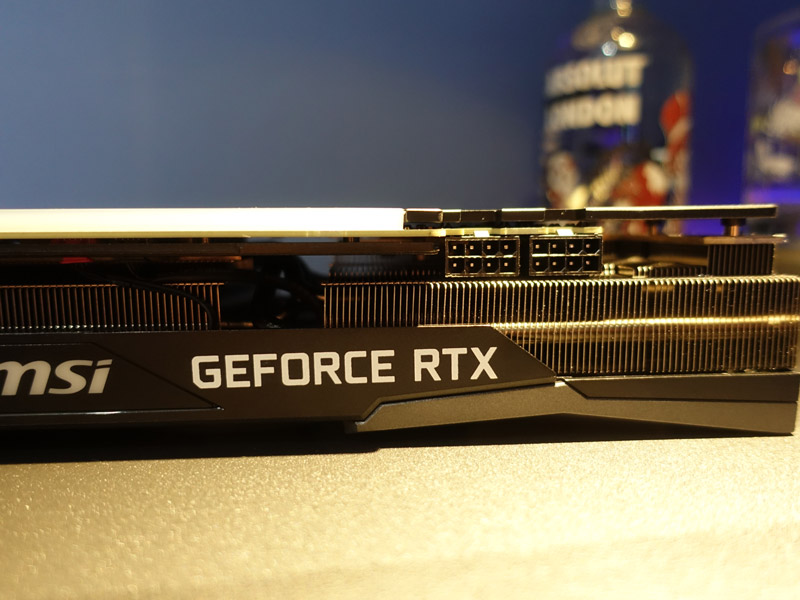 Powering up the card will require two 8-pin power connectors, which is one more than Founders Edition version. The RTX 3060 Ti Gaming X Trio card is primed for overclocking, after all. As for its performance, MSI has upped the card’s boost clock to run at 1830MHz (up from the standard 1,665Mhz) but that’s rendered partially irrelevant due to NVIDIA's GPU Boost technology, which will often see this GPU far exceed that under load. Like the Founders Edition, the card is outfitted with NVIDIA’s GA104, 8nm Ampere silicon, GPU. So, it comes with a shader core count of 4864 stream processors and gets paired with 8GB GDDR6 graphics memory at 256-bit running at 14Gbps. Its larger form also means that while it occupies two expansion bays on your casing, it effectively uses up three PCIe slots. On the back panel, there’s the standard three DisplayPort and a single HDMI port. The card is no lightweight (literally) either, so MSI has included a mounting bracket to give it a bit more support. Overall, the card’s quality feels as premium as it should be, and the Gaming X Trio’s reputation as MSI’s best in terms of aesthetics is a well-deserved one. I personally like the RGB LED that runs along the edge of the card, where it’s most visible. 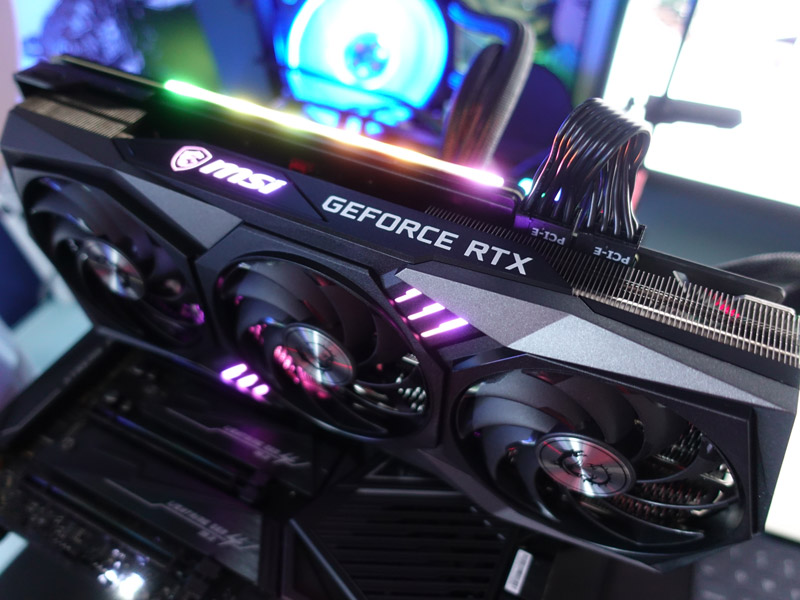 Now let's go see how the card performs next to the RTX 3060 Ti Founders Edition.

Write a Review
Compare This | Specifications
Beautiful RGB lightings
Sturdy built
Includes a mounting bracket
Solid performance
A little pricey
Size not suitable for small, powerful PC builds
Total board power draw a little on the high side
Our articles may contain affiliate links. If you buy through these links, we may earn a small commission.
Sponsored Links