The MSI GeForce GTX 980 Gaming 4G is the latest addition to the company's Gaming graphics cards series. MSI also took the opportunity to debut its new Twin Frozr V thermal design. According to the company, one of the key features is the pair of specially-designed, 10mm Torx cooling fans that operate independently of each other. This allows for better acoustic control without compromising their cooling capabilities. We examine the card in detail to uncover more high-end features that are befitting of its second generation, Maxwell-based GM204 graphics core! 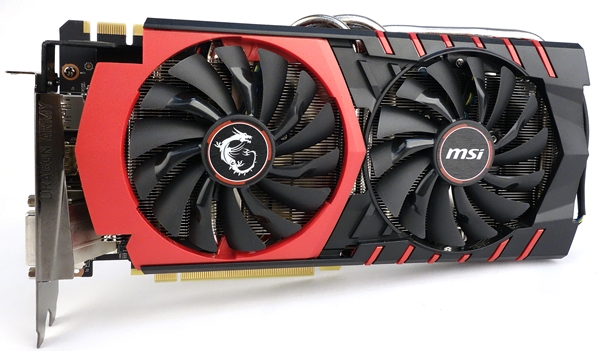 Like its predecessor, the MSI GTX 780 Ti Gaming 3G, the new GTX 980 card has three performance profiles; right out of the box, it operates in OC mode, with a base clock of 1216MHz, and a Boost clock speed of 1317MHz. Its 4GB of GDDR5 video memory operates at 7012MHz, which is the default operating frequency. Using the exclusive MSI Gaming App, the card is able to switch to the other two modes that are Gaming and Silent. This Windows-based software has been updated with new features tucked under its EyeRest tab. According to the company, the Eye Rest mode reduces the blue light balance of your display. In theory, this allows your body "acclimatize" to the night time as it helps you rest better as opposed to having a glaring screen that could be harsher to your eyes while gaming in the dark. The other two display profiles; Gaming and Movie, are meant to enhance your viewing pleasure for the respective usage scenarios at normal times. Last of all, there's also a customization mode. 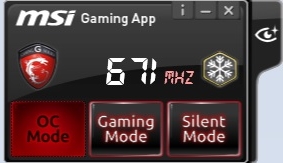 Despite sporting the same red-and-black color scheme, the MSI GTX 980 Gaming 4G sports a new Twin Frozr V cooler design to better expel and manage generated thermal. To provide active cooling to the heatsink, there are two 100mm Torx cooling fans with specially designed blades; each alternate blade is different from the next, and this is to improve airflow efficiency. Not only does it boast of such fan blades, each Torx fan is also controlled independently to adjust for different cooling requirements. At the same time, this allows for better acoustics control, allowing one or both fans to stop spinning to reduce operating noise. 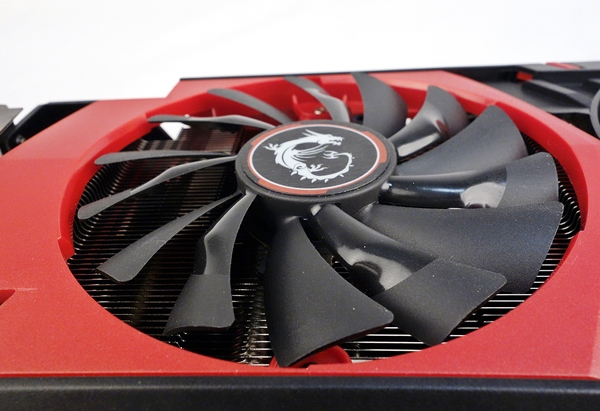 Underneath the heatsink and fan assembly, there is the familiar metal plate attached to the PCB's components, such as its Hynix memory modules and Military Class IV VRM components, for added passive cooling. Complimenting this passive cooling effort, the graphics card's heatsink now features the SuperSU architecture that consists of a mixture of SuperPipes and regular ones to dissipate heat to the fin grid array more effectively. According to the company, there's an S-shaped SuperSU Pipe that is in directly contact with the overclocked GM204 GPU for optimal heat dissipation. In addition, the heatsink is coated with nickel throughout to prevent any corrosion in our humid weather.

The fan shroud now houses an LED lighting for visual effects, and the card still maintains its svelte two-slot profile. This is also due to the absence of a backplate on the rear side of the card, which MSI feels isn't necessary unless there are active components that benefit from another metal plate (which could make an appearance on a future 8GB graphics card that would utilize more memory chips). In terms of the card's length, it measures 278mm, which is close to a reference GTX 980 that measure 270mm long. In comparison, the Gigabyte GeForce GTX 980 G1 Gaming has a length of 299mm, which is 11mm longer! As such, the MSI card can better fit casings that are a little more compact in nature. From this angle, we can see the heatpipes and a pair of 8-pin Molex power connectors. We are quite enamored with the new fan shroud as it is a marked improvement over that of the previous generation MSI GeForce GTX 780 Ti Gaming 3G - both in design and performance in actual use. 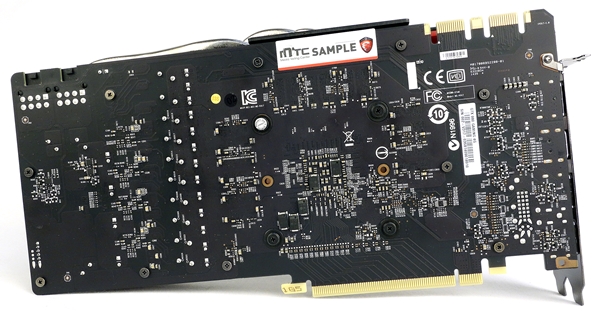 The video connectivity options include a dual-linked DVI-I port, three DisplayPort ports, and a HDMI 2.0 port. It can support up to a maximum of four displays.

The cards used for comparison are the same ones from our encounters with the reference NVIDIA GeForce GTX 980 card. In addition, we roped in the Gigabyte GTX 980 G1 Gaming as it's a worthy competitor. Since the GeForce drivers, i.e., GeForce version 344.16 is meant for the GTX 900 series cards, we can assume, to a certain degree, the results of the two GTX 780 Ti cards are still valid for comparison with the updated results of the GTX 980. All the cards have been listed accordingly:-

This is the list of benchmarks that we'll be using for our benchmarking exercise since the full performance characteristics have been identified in our original GeForce GTX 980 reference card review:-

As expected, due to its slighter lower clock speed at 1216MHz, even though the MSI card was in OC mode, the card was edged out slightly by the Gigabyte card that has a higher base and boost clocks of 1228MHz and 1329MHz respectively. Overall, the performance gains from overclocking MSI GTX 980 card averaged about 12%, just two percentage points higher than the overclocked Gigabyte GTX 980's performance. In contrast, the reference GTX 980 overclocking report card reflected a performance boost of about 15%, but that's easily accounted from the lower base clock speeds of the reference card. The Windforce 3x cooling system from Gigabyte is still the one to beat, but the MSI card is no slouch either. The new Twin Frozr V thermal design kept the MSI card cool at 66 degrees Celsius under load, which is still a comfortable figure for a high-end card. However, the MSI card's performance was achieved with a lower peak power level of 351W, while the Gigabyte card topped out at 361W. Generally speaking, the second generation Maxwell-based cards have turned in impressive performance, with power consumption levels well below their rivals', which are above and beyond 420W. The MSI GeForce GTX 980 Gaming 4G is the card to look out for now. Not only has the company built on the strengths of the GM204 GPU, it has also debuted its new Twin Frozr V cooler design with this new card. This managed to keep the card cool under load, and its pair of 100mm Torx cooling fans operate without additional noise for whisper quiet gaming experience. Due to its independent fan control system, the fans only spin up when the going gets hot. Even so, they are extremely quiet. MSI has also updated the MSI Gaming App with the pre-defined display settings of the EyeRest tab, and the engineers have also taken pains to ensure that the EyeRest mode will reduce the effects of blue light interference to your sleep cycle. The card is currently retailing for S$949, making it slightly cheaper than the dearer Gigabyte GeForce GTX 980 G1 (S$980). Given its stellar performance and updated features, the MSI GeForce GTX 980 Gaming 4G will give its Gigabyte counterpart a run for its money! 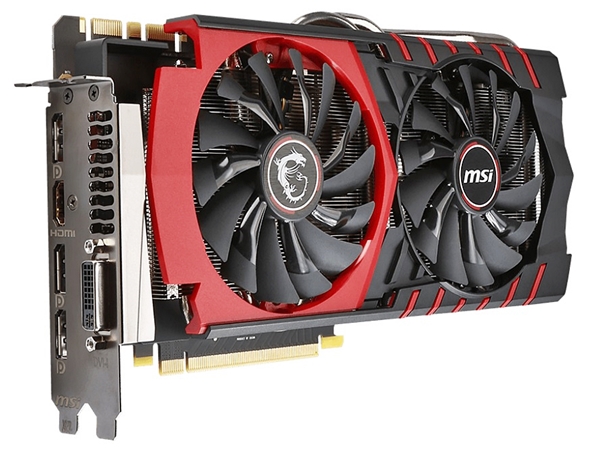 Write a Review
Compare This | Specifications
New Twin Frozr V thermal design
Quiet operation
EyeRest feature
Nothing concerning other than a high price jump over a GTX 970 counterpart
Our articles may contain affiliate links. If you buy through these links, we may earn a small commission.
Sponsored Links