We’ll naturally be pitting the MSI GeForce GTX 1080 Gaming Z 8G against the Founders Edition card to see how much of an improvement the factory overclocks and custom TwinFrozr VI cooler offers. We also threw in some of NVIDIA’s other Pascal cards to provide some perspective on how it performs relative to everything else. In addition, we’ve included figures from the MSI GeForce GTX 980 Gaming 4G, a card that uses last generation’s TwinFrozr V cooler. To round things off, we also added in the dual-Fiji Radeon Pro Duo from AMD’s end.

Here’s a list of all the compared cards and their driver versions:

As expected, the MSI GeForce GTX 1080 Gaming Z 8G edged out its Founders Edition counterpart thanks to its factory overclocks. This was in the ballpark of a 2 to 5 percent improvement in all three Fire Strike tests, where the greatest jump was seen in the 4K Fire Strike Ultra benchmark. The way it looks, you’re going to benefit the most from the Gaming Z card if you happen to own a higher resolution display.

The performance difference was more pronounced in Hitman, where the Gaming Z card leapt ahead of the Founders Edition model by as much as 8 percent in certain cases. 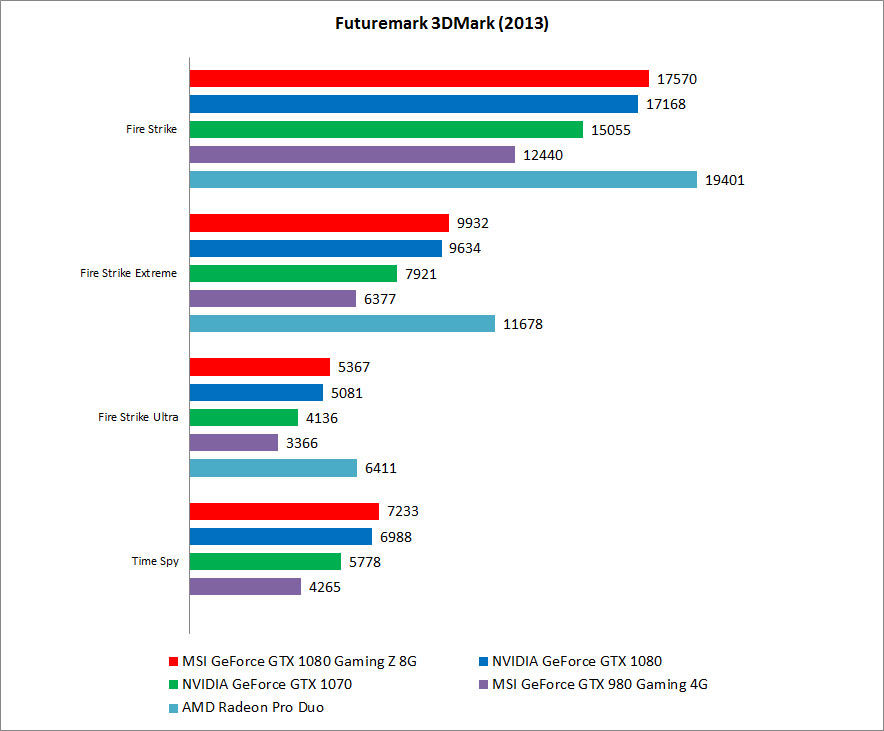 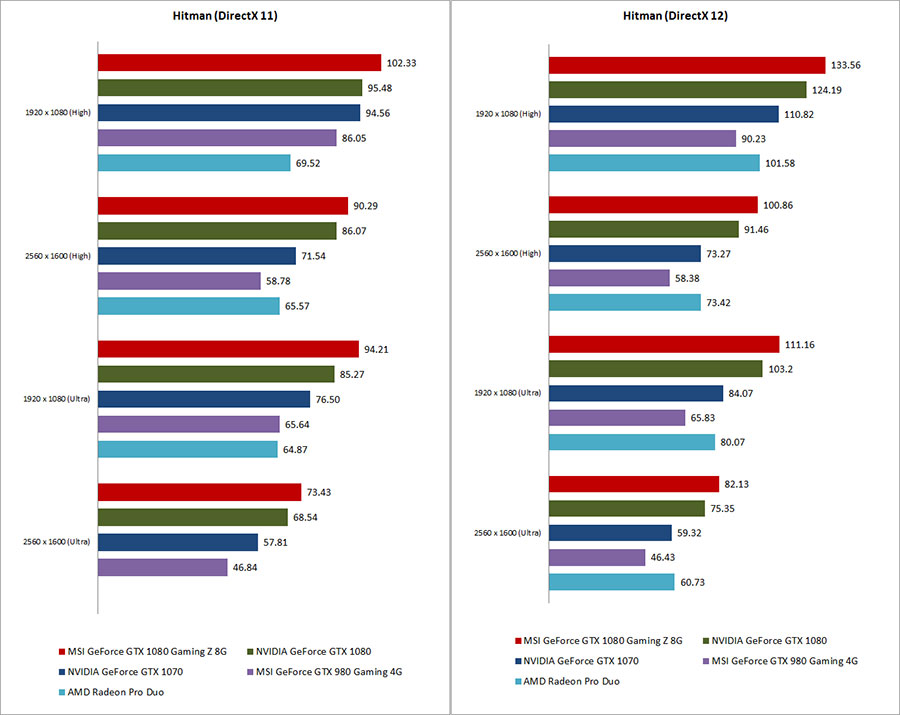 When it came to overclocking, we couldn’t help but feel that the available headroom was already limited from the start because of the aggressive overclocks that the card ships with. With a starting base clock of 1,771MHz in OC mode already, we were only able to squeeze out a further 45MHz on the base clock. This translated into a boost clock of 1,936MHz, but the card can boost as high as 2,101MHz under demanding conditions. As it turns out, this was actually behind what we managed to eek out from the Founders Edition card, so we were a little disappointed in that regard.

Still, overclocking is hardly hard science, and a myriad of factors can affect your ability to achieve a higher clock. Luck plays a big part in it as well, and certain batch of chips just happen to do better than others. With that said, the card managed around a 3 to 4 percent improvement in Fire Strike Extreme and Ultra after overclocking. 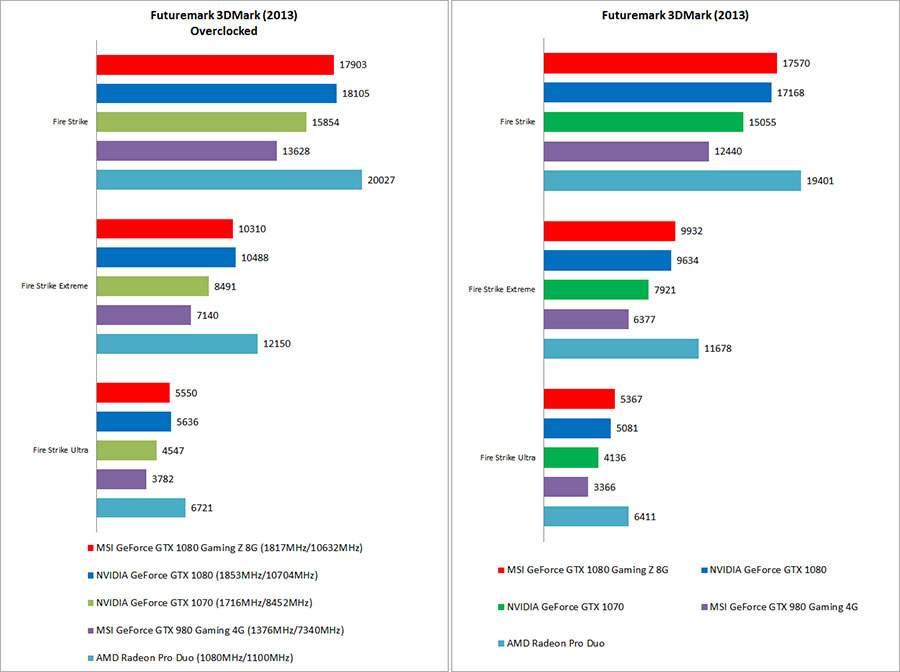 Thermal performance is where the MSI card really shines. MSI’s TwinFrozr coolers have impressed us in the past, and this time is no exception. The card posted a peak temperature of just 68 degrees Celsius under load, a significant improvement over the 82 degrees Celsius on the Founders Edition card. It even ran cooler than the MSI GeForce GTX 980 Gaming 4G, which is impressive considering how much more powerful it is.

The card expectedly consumed more power than the Founders Edition card as well, given its faster clock speeds. That being said, we don’t expect that users who are really focused on performance are going to care that the card guzzles more power. 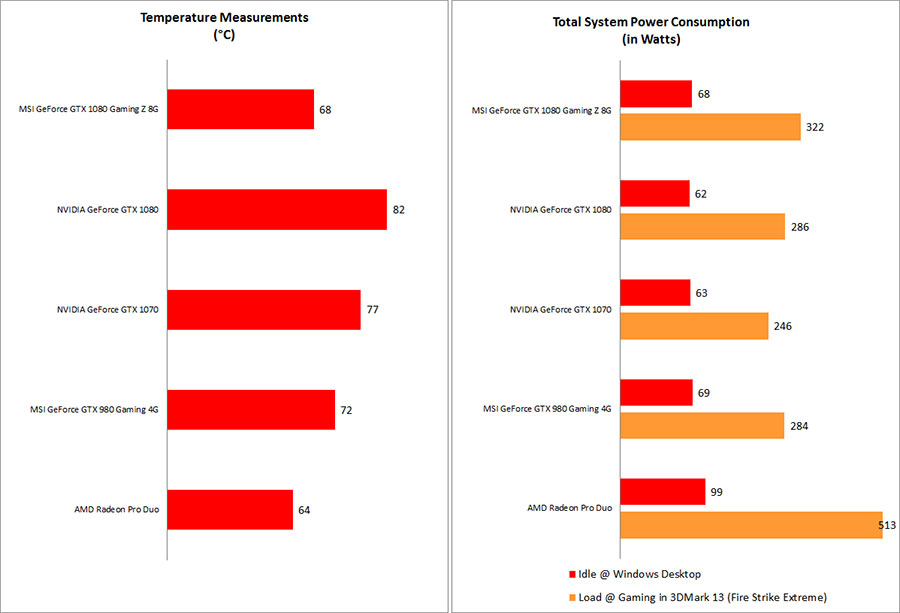 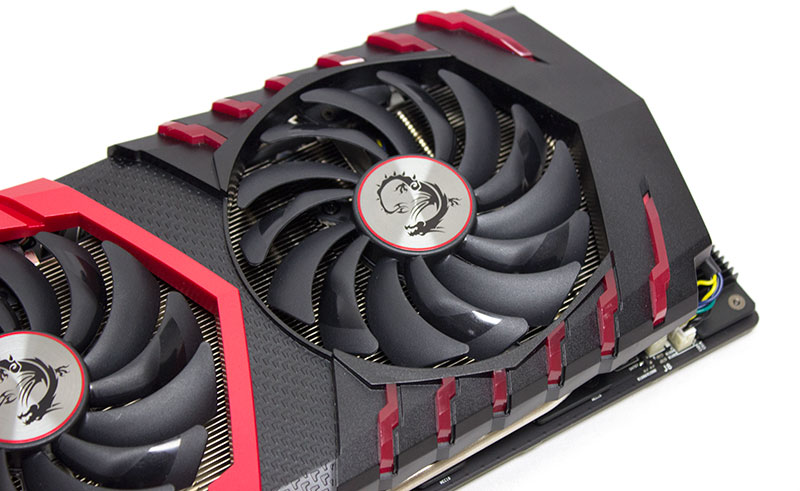 All in all, there’s a lot to like about the MSI GeForce GTX 1080 Gaming Z 8G. It has all the features to appeal to gamers concerned about both performance and aesthetics, and it comes out of the box swinging as well.

The only letdown was its overclocking performance, but one could also argue that there’s hardly any need to overclock the card given how high the factory overclocks already are. While we did indeed manage to push the Founders Edition card further, the fact remains that it’s not very feasible for anyone to guarantee absolute stability across all games and scenarios. So while our overclock may have appeared stable during our testing, there is no way for us to say for sure that it will not prove problematic in other situations.

But with a factory overclocked card like the GeForce GTX 1080 Gaming Z 8G, what you get is assurance and a peace of mind. You can be pretty sure that the card will operate reliably at its rated speeds, and considering how high these are in OC mode, there is little to complain about.

This amount of performance comes with a price of course, and the card is currently retailing for US$750 on Newegg, compared to the US$699 price of the Founders Edition card. Is the price premium worth it? That's debatable, but you're paying as much for extra features like the custom cooler, RGB lighting, and custom PCB as you are for the additional speed boost, which somewhat justifies the price.

Unfortunately, MSI hasn’t yet provided us with news of local pricing or availability yet, but we'll update once we have more information.

Write a Review
Compare This | Specifications
Aggressive factory overclocks net you excellent out-of-the-box performance
Runs very cool and quiet
RGB lighting effects allow you to jazz up your system easily
Higher power consumption than Founders Edition card
Doesn't overclock as well as expected
Our articles may contain affiliate links. If you buy through these links, we may earn a small commission.
Sponsored Links