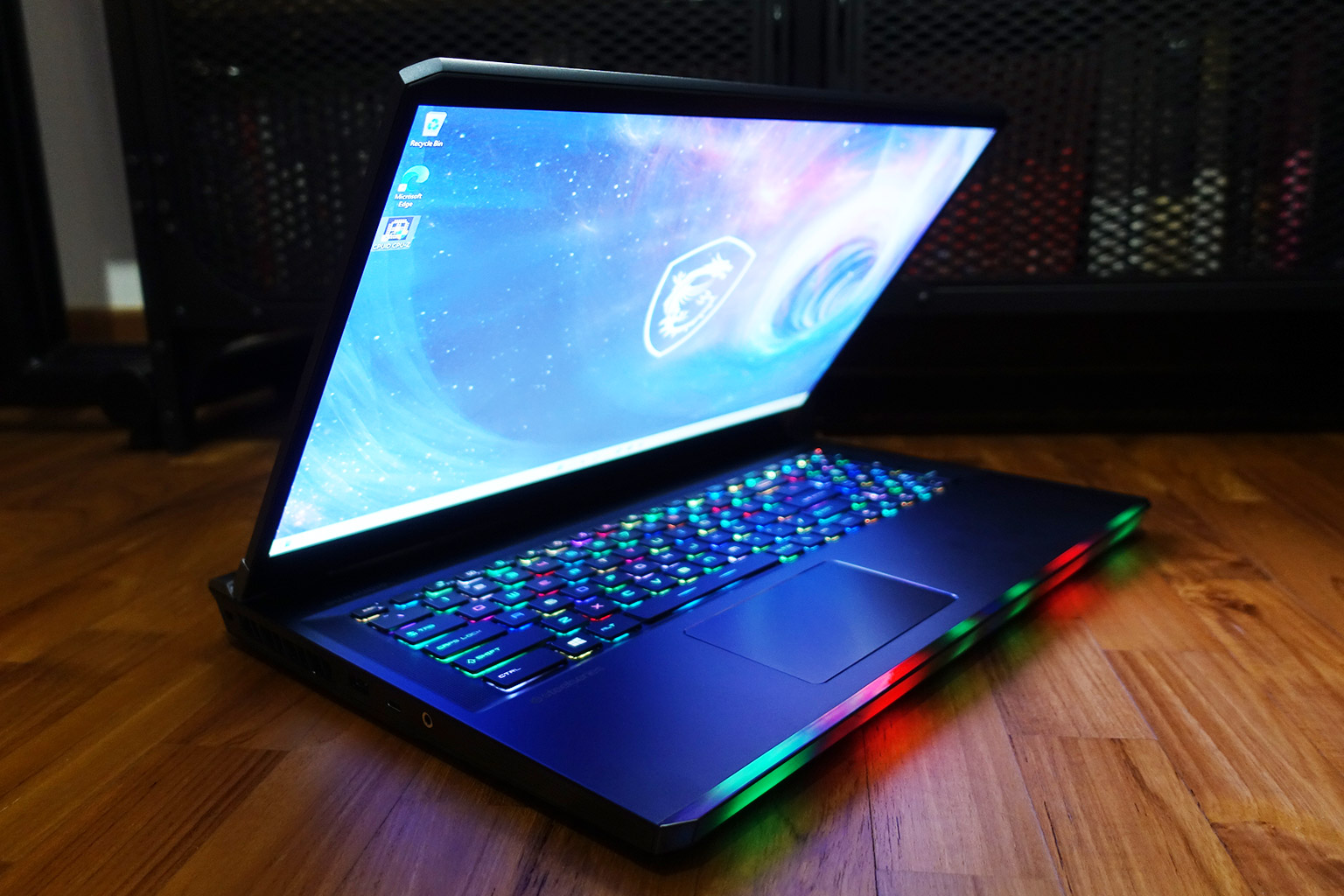 The best analogy I can use on the MSI GE76 Raider is how it’s a sports car driven by two beautiful people and you can’t take your eyes off them – the car does not quite matter. Of course, I’m talking about the new Intel 12th Generation Core i9-12900HK and NVIDIA’s GeForce RTX 3080 Ti Laptop processors powering this gaming notebook.

In my review of the Core i9-12900K, I called it Intel’s best prospect at getting back into the game (pun intended) after years of struggles against AMD’s superior Ryzen series of processors. The Core i9-12900HK is about Intel taking all of that desktop power to the mobile gaming space.

The mobile Core i9-12900HK is also based on Intel’s Alder Lake architecture and while it shares almost like-for-like specifications as its desktop counterpart, the Core i9-12900K, has key differences to compensate for battery life and thermal efficiencies – two key considerations that desktop users have zero to little worry for but are important for notebook users.

The first is, of course, TDP. The i9-12900HK has a much lower TDP at 45W. Compared to the i9-12900K’s 125W TDP, this means that the mobile processor will have lesser power to be able to run at the same level of performance. CPU and GPU processors run extremely hot, and the confined spaces and less-than-ideal airflow within a notebook’s chassis meant that compromises must be made to ensure they don’t burn out or worse, become a safety hazard (remember, heat and battery don’t get along well together).

The other key difference is the number of cores. Where the i9-12900K has 16 cores (24 threads), the mobile i9-12900HK has a slightly lower 14 core count (20 threads) – a necessary sacrifice due to the processor’s lower TDP because having more cores running at the same time equate to higher power consumptions. So here I am with the MSI GE76 Raider, the first Alder Lake gaming notebook that arrived at HardwareZone. In additional to Intel’s best-in-class gaming CPU, the GE76 Raider also sports NVIDIA’s own latest and fastest mobile GPU, the GeForce RTX 3080 Ti Laptop. Both combine to make the GE76 Raider quite possibly the most powerful gaming notebook right now. MSI certainly didn’t stinge on the rest of the components either. Inside the notebook, there is also 32GB of DDR5 RAM, and not one but two 2TB SSDs for storage. The GE76 Raider is as true a desktop replacement as I ever saw one.

Intel choosing the MSI GE76 Raider as the first gaming notebook to bear the Alder Lake flag is not a surprise. The notebook might come in a 17.3-inch body but at only just almost 2.6cm thick and weighing 2.9kg, is a far cry from the bulky and not-very-mobile similar class of gaming notebooks that we’ve seen over the past years. Don’t get me wrong, the GE76 Raider is still a big machine but its relatively light weight and svelteness – for a 17-inch notebook at least – certainly makes it portable enough to get your work done on the move. The size also serves the practical purpose of housing a heavy-duty thermal system, including what MSI call “phase-change metal pad”, for both the CPU and GPU to keep it cool. Looks wise, the GE76 Raider comes in the Titanium Blue chassis with a matte finish and glossy accents on the lid. Colour aside, the design bears 99 per cent resemblance to last year’s GE76 Raider (2021) model – right down to the RGB light bar placement. Personally, it’s not a bad looking notebook but I thought MSI’s design team could do with a little bit of boldness here. Perhaps some form of personalisation feature, like ROG’s radical but cool AniMe Matrix display on the lid of their Zephyrus G14 notebook? Meanwhile, ports selection is generous as one can expect from a large 17-inch notebook. The GE76 Raider comes with the following:

The GE76 Raider has pretty much all the connectivity that one needs. It’s worth noting that the more permanent ports – such as the HDMI-out and power-in – are placed right behind the notebook, making it easy to wire a docking station like setup on your desk. It’s a desktop replacement after all. So far, the GE76 Raider ticks all the checkboxes but it’s the display that made my eyebrows raised. You see, with such a powerful CPU and GPU combination, it’s only right to assume that it will come with a high-resolution 4K or at least a QHD (1440p) screen, right? Well, nope. This particular GE76 Raider test unit comes with a good old classic 1080p, 16:9 panel. What a waste of magnificent processing power! It does come with a very fast 360Hz refresh rate, though.

According to MSI Singapore’s website, there are only two configurations of the GE76 Raider available for sale here. Neither of which has a similar specification as my test unit. What’s also interesting (yet made more sense) is that neither comes with a Full-HD (1080) display and you have a choice of a QHD or a 4K display option. For instance, the GE76 Raider with a 4K display comes with an almost exact specifications (less one 2TB SSD) as my test unit. Unsurprisingly, this configuration comes with a jaw-dropping S$7,799. Then there’s the more “wallet-friendly” GE76 Raider with a 1440p display at S$4,699 but comes with the less powerful Intel Core i9-12700H and NVIDIA GeForce RTX 3070 Ti Laptop.

But how does our own GE76 Raider, fitted with the top of the line mobile CPU and GPU and 1080p display, perform? Let’s find out.

Write a Review
Compare This | Specifications
Great, raw performance
For a 17-inch, it's pretty portable
Keyboard has good travel
Mediocre battery life
Design is too simplistic, at best
Will a desktop with similar specifications make more sense?
Our articles may contain affiliate links. If you buy through these links, we may earn a small commission.
Sponsored Links