Razer Huntsman V2 Analog review: Kind of like having joysticks on your keyboard
Product Listing
AcerAftershockAlienwareAorusAppleArchosASUSAxiooDellDopodFujitsuGatewayGigabyteHandiiHPHuaweiLenovoLGMicrosoftMSINECNEOPanasonicRazerSagerSamsungSonySuzukiToshibaViliv

With each passing generation, processors have become more power efficient. And this has had a major effect on notebooks design and specifications. Crucially, more efficient processors means more performance at a given TDP (thermal design power). TDP is important in a notebook design because it refers to the maximum amount of heat the cooling system in the notebook would need to dissipate. If a new notebook boasts a lower TDP than a previous generation, it means that the notebook does not have to dissipate that much heat (thanks to more efficient components) and it can do with simpler heatsinks and lesser fans (or even no fans in some cases). Also with more efficient components, notebook manufacturers need not integrate large batteries into their machines. All this means you stand to get slimmer and lighter notebook. This is exactly the change that's happening right now with products like convertible and hybrid Ultrabooks and ultra-slim gaming notebooks. 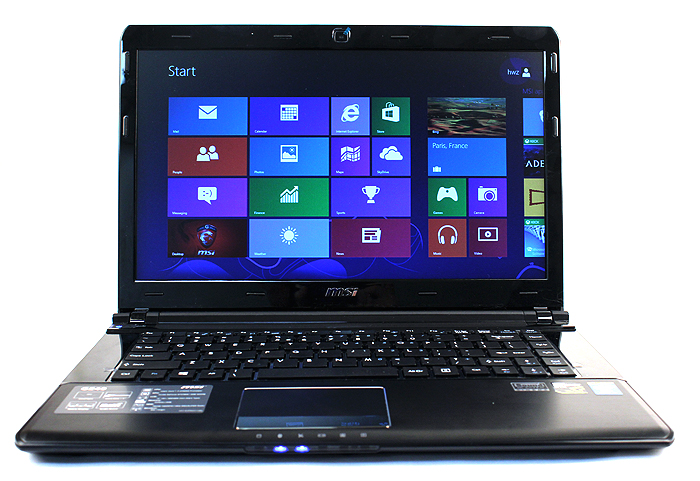 Which brings us nicely to the new MSI GE40 2OC Dragon Eyes (henceforth known simply as MSI GE40), which is part of MSI’s G-series gaming series and has Intel’s latest fourth generation Core processor under its hood. Specifically, the notebook is powered by the new Core i7-4702MQ processor, which has a TDP of 37W, making it Intel’s lowest TDP quad-core mobile processor. This is a fairly high-end processor that runs at 2.2GHz, supports Hyper-Threading and has a large 6MB L3 cache with integrated Intel HD 4600 Graphics.

Thanks to the processor’s relatively low TDP (for a quad-core processor), MSI has managed to cram it into a body that is just 29mm thick at its thickest point and weighs just 1.9kg. Considering that under the hood of this 14-inch notebook is also NVIDIA’s latest GeForce GTX 760M GPU, two 64GB mSATA SSDs in a RAID 0 configuration and a 750GB HDD, this is a pretty impressive achievement. Here's a video preview to whet your appetite:- 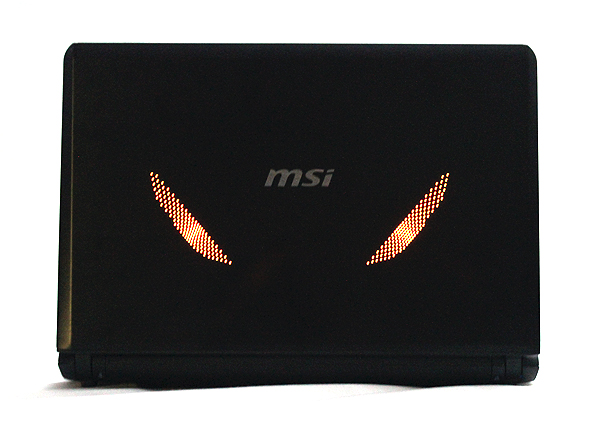 The MSI GE40 is so- called because of the special deisgn on its lid. On the lid are two slits of perforated holes that light up to look like the eyes of a dragon when the notebook is turned on. Although a little gimmicky, this little design cue does breath some life into an otherwise uninteresting-looking notebook.

On the flip side of the lid is 14-inch HD+ matte display that has a native resolution of 1600 x 900 pixels. Although this is not an IPS display, we found that it offered good viewing angles and colors were sufficiently brilliant. The MSI GE40 also features MSI’s Matrix Display technology, which lets users output to an additional two displays simultaneously via the notebook’s HDMI and VGA ports.

That said, the highlight of the MSI GE40 must be its slimness and weight. The unit is under 30mm thick and weighs just 1.9kg, making it one of the thinnest and lightest gaming notebook around at the moment. Off the top of our heads, only the new Razer Blade possesses slimmer dimensions and a lower weight, but they don't differ by much. 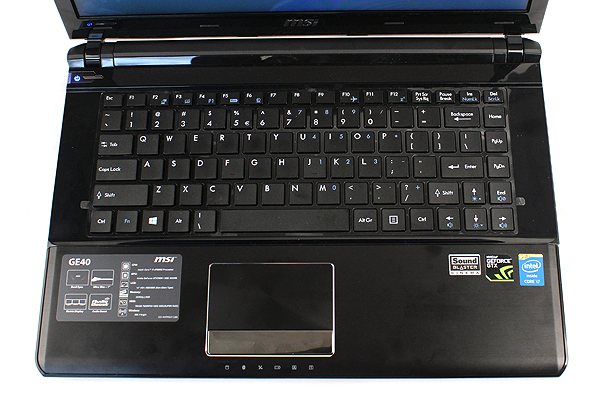 As for the MSI GE40, it achieves its low weight thanks to its extensive use of aluminum. The lid and palm rest are both crafted out of aluminum. The remaining panels are glossy plastic. Overall, the notebook looks reasonable, but it isn't exactly eye-catching - other than when it's powered up. As for overall build quality, we found the MSI GE40 to be decent but far from fantastic. Our main gripe was that when typing, we felt that the keyboard did not feel solid enough, as there was noticeable flex. The use of glossy plastic in certain areas further detracts from the build quality, but that's just our personal observation.

Write a Review
Compare This | Specifications
Good performance
Awesome battery life
Relatively compact and lightweight
Build quality not fantastic
No Full HD IPS display
Our articles may contain affiliate links. If you buy through these links, we may earn a small commission.