Moving Out Review: Move it or lose it in this hilariously chaotic physics sim 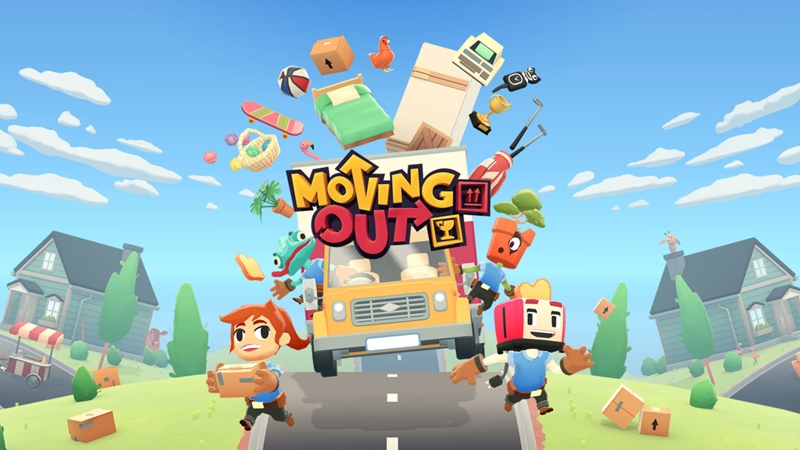 For the record, I have never read a game disclaimer that warned me about the dangers of playing with greasy hands. Not once in my life had I considered that my controller accidentally slipping out of my grasp could potentially cause grievous hurt to others.

At the same time, I was also not prepared to throw other people's sofas and TVs out the window for the sake of convenience.

Crazy as that might be, it's all par for the course in Moving Out, the latest title developed by SMG Studio in tandem with Devm Games, and published by Team17 Digital. This hilariously lovable physics simulator, which released just over half a month ago for PS4, Xbox One, Nintendo Switch, and PC puts you (and your pals) into the shoes of a Furniture And Relocation Technician, or as you should have realised by now, a F.A.R.T.

Moving furniture was never this daft 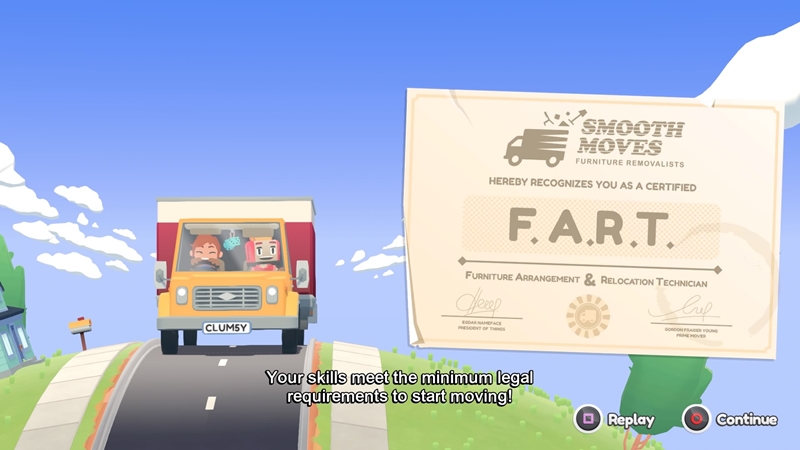 After everyone on the couch is done sniggering at their new job designations, here's what you actually do in Moving Out. Basically, you work for a movers' company, helping clients pack their stuff and bring it to their new homes. Sounds simple enough on paper, but it's not really what you do that's amusing, but how.

As the training module will tell you, breaking one or two windows and pieces of furniture is perfectly okay if it means you get the job done faster. Yes, in the pursuit of faster completion times, you'll be breaking TVs and tossing dining tables out the window and onto the truck until all of the client's furniture is either on board or broken.

That's about it for the main concept, but where the game starts going off the rails is when you have to do all of that while avoiding various obstacles and slapping pesky ghosts, not to mention maneouvre deftly through increasingly convoluted levels. This is where your teamwork, or absurd lack of it makes the game such a pleasure to play with your friends. Plus, wrapping all that up are the amusingly crafted visuals, which are done in a style that blends elements from Animal Crossing and perhaps Overcooked!, too. 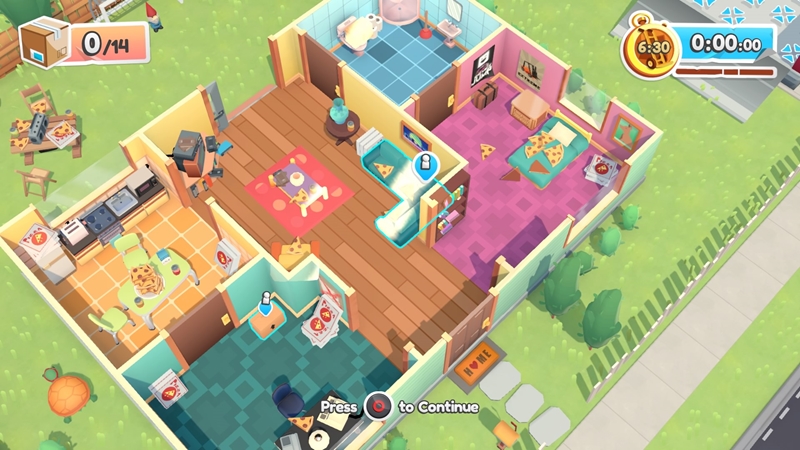 Speaking of co-op, the game accommodates up to four players at a time, and it's immensely entertaining to see all the daft antics going on in each mission. You might have one pair of players trying to shove a sofa through the door (and maybe destroying the door in the process) while the other tosses flowerpots and TVs out the window. Speaking of cartoons, I also enjoyed the slapstick, Looney Tunes-esque style of obstacles and animations. For example, stepping on the wide end of a garden rake flings the handle up towards your character's face (a real classic, if you ask me), and you can actually see the plug of a refrigerator or TV being pulled out when you move it, complete with sound effects. Indeed, it's all rather childish from a bystander's point of view, but heck if it isn't entertaining. 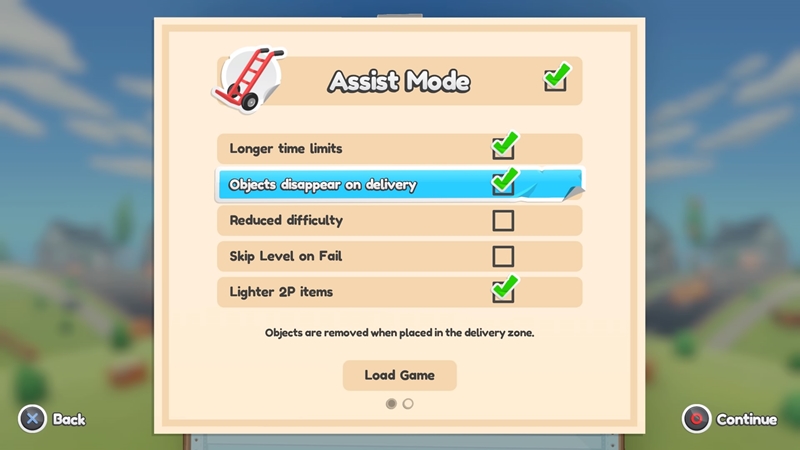 One other addition that caught my attention was the "Assist Mode", which I felt was a really smart move on the developers' part. There are folks out there that aren't really in it for the high scores and perfect timings, and just want to play the game for what it is. That, or you're just having a bad day and want to toss a few TVs out the window - we understand. As such, perks such as extended timings and having loaded furniture disappear can be a big help in such situations - they make the game much less challenging and more relaxed in nature. Oh, yes, that reminds me. By challenging, I actually mean infuriating - we'll get into this in the next bit.

It just needs a little fine-tuning 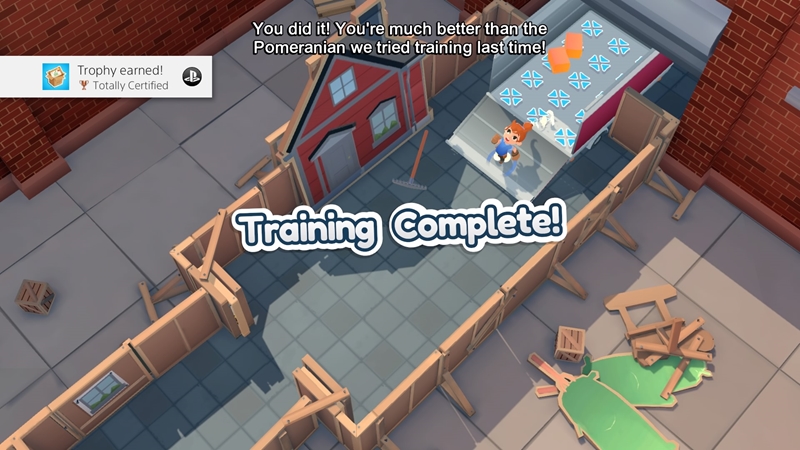 For all of its merits, though, Moving Out is still rough around the edges in two particular spots. The bigger of the two is in its collision detection. More often than not, you'll be unable to get through a doorway hauling a queen size bed behind you simply because the bed was ever so slightly tilted, and no amount of twisting will get it through. Needless to say, having to put the bed down and grab it again from the correct angle is rather infuriating, especially if you and your friends are trying for the gold medal timing. It also doesn't help that the doors are usually just about as wide as the larger objects like beds and sofas, making the above situations even more likely to happen. 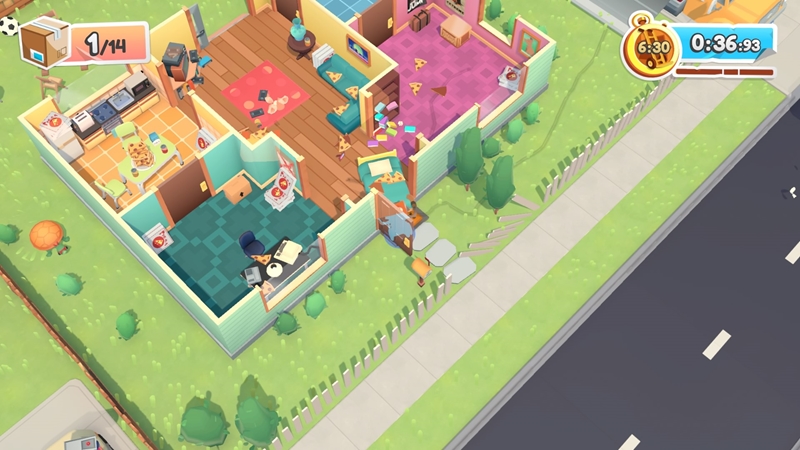 The second rough spot is with regard to how Moving Out is meant to be played. As we've said before, the game is best enjoyed with a pal or two helping out, but that's a double-edged sword. To put it simply, the game just isn't as enjoyable when you're playing solo, and even though the incessantly daft humour does help to make the experience a little more lively, it just isn't the same as bantering (and arguing) with another player beside you. On top of that, being a physics simulator at its core means that PC players might not really get the same "feel" and level of challenge as those who are playing on a console, given the higher precision of a mouse relative to that of a controller, although we admit this point is largely debatable depending on personal preferences and gaming setups.

You'll still want to move it, move it 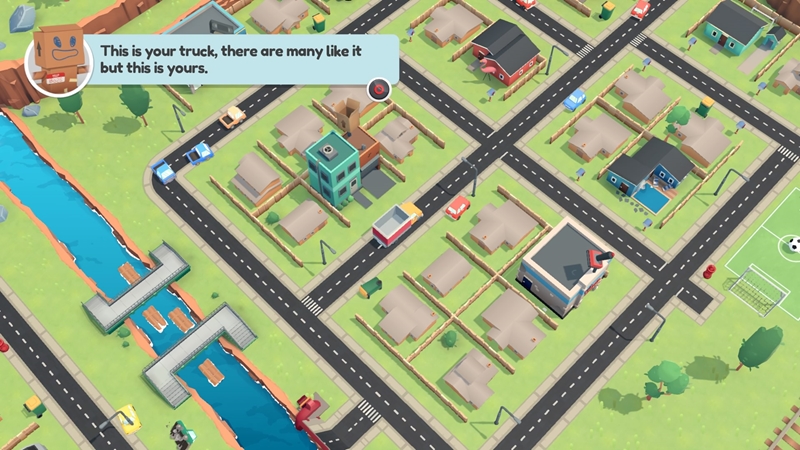 Nevertheless, no diamond ever comes out of a mine already fit for a jeweller's display, and Moving Out is no different. It might have one or two little potholes at the moment, but it's still plenty of fun for the most part. Its potent combo of sarcastic humour, slapstick comedy, and fast-paced action already make it worth picking up for those who like such games, and there's no harm keeping it around for when your friends and family come over too. Just make sure your hands aren't greasy before playing it, okay?

Write a Review
Compare This | Specifications
Simple yet entertaining arcade-style gameplay
Highly flexible difficulty
The humour and sarcastic jabs are actually funny
Become a certified F.A.R.T.
Not as enjoyable when playing solo
Collision detection can be a pain
It's a one-trick pony for the most part
The job insurance only covers the truck
Sponsored Links